Is backpropagation a fancy way of saying "calculate gradient by taking partial derivative w.r.t. all x's"

However, when it comes to the gradient of the loss function of a neural network, a new term, backpropagation, emerges. My confusion is I am not sure if backpropagation makes the above calculation different or is it just another name of it. 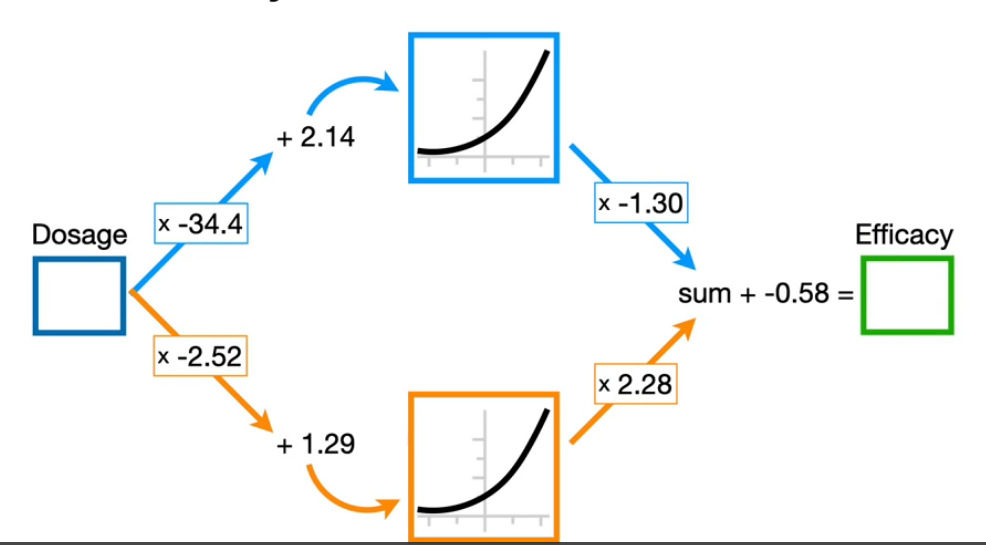 and the calculation of the partial derivative w.r.t. $w_1$, $w_2$ ... $b_2$, $b_3$ is no more than repetitive application of chain rules, etc--we don't need anything more than good old calculus to make it work. With gradient calculated, we can use gradient descent to minimize the loss function (well, the convexity/local minima is another big issue, let's ignore it for the purpose of this particular question).

Here are some examples to illustrate how backpropagation (automatic differentiation) is quite nontrivial, and the tradeoffs involved.

So now suppose we've implemented blazing fast reverse mode automatic differentiation with vjps, and we want to minimize a function using second order information from the hessian matrix. We could compute the hessian by first computing the gradient $\nabla(x)$, and then backpropagate the gradient calculation itself: $H_i = \text{vjp}_{\nabla_i}(1, x)$.

Note that because we're using vjps / reverse mode backprop, we can only compute one row of the hessian at a time - as noted above, reverse mode is poorly suited when the dimension of the output is large. Ideally, we'd want to use reverse mode for computing the gradient, but forward mode to differentiate the gradient. As it turns out, you can implement a "jacobian vector product": $\text{jvp}_i(x,v) = J_i(x)v$ as two invocations of vjp (link below). A vjp is to reverse mode as jvp is to forward mode, and this enables us to efficiently perform second order optimization.

9
Deriving gradient of a single layer neural network w.r.t its inputs, what is the operator in the chain rule?
1
Bias in matrix form of convolutional neural network
1
How chain rule and partial derivative are applied on gradient descent in deep learning?
2
Neural network derivative with respect to input
3
Neural Networks: How to get the gradient vector for the xOr problem?
0
How to compute the derivative of the total loss wrt external trainable parameters?