$[1]$ R. Gaunt: A note on the distribution of the product of zero-mean correlated normal random variables, Statistica Neerlandica, 2018

Because the characteristic function of a $\chi^2(1)$ variable is

the characteristic function of this distribution is

This is not the characteristic function of any Laplace variable -- nor is it recognizable as the c.f. of any standard statistical distribution. I have been unable to find a closed form for its inverse Fourier transform, which would be proportional to the pdf.

Here is a plot of the formula (in red) superimposed on an estimate of $\psi$ based on a sample of 10,000 values (real part in black, imaginary part in gray dots):

The agreement is excellent.

There remain questions of what the PDF $f$ looks like. It can be computed by numerically inverting the Fourier Transform by computing

This expression, by the way, fully answers the original question. The aim of the rest of this section is to show it is a practical answer.

Numerical integration will become problematic once $|x|$ exceeds $10$ or $15,$ but with a little patience can be accurately computed.

The left hand plot in this figure is a histogram of 100,000 realizations of $x_4(x_1-x_3) + x_5(x_2-x_1).$ On it are superimposed (in black) the numerical calculation of $f$ and then, in red, its mixture approximation. The approximation is so good it coincides with $f.$ However, it's not perfect, as the related plot at right shows. This plots $f$ and its approximation on a logarithmic scale. The decreasing accuracy of the approximation in the tails is clear.

Here is an R function for computing values of a PDF that is specified by its characteristic function. It will work for any numerically well-behaved CF (especially one that decays rapidly).

As an example of its use, here is how the black graphs in the figure were computed.

The graph is constructed by connecting all these $(x,y)$ values. 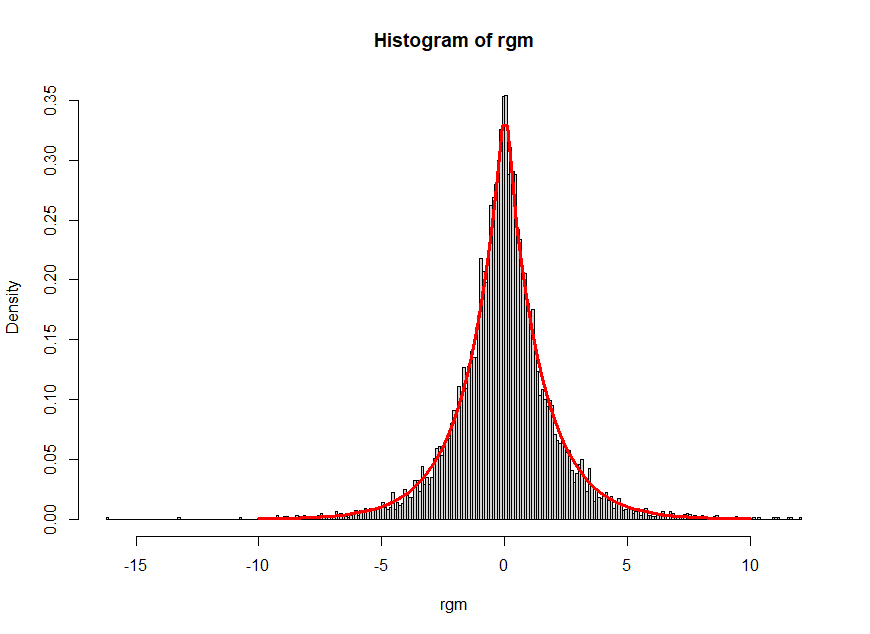 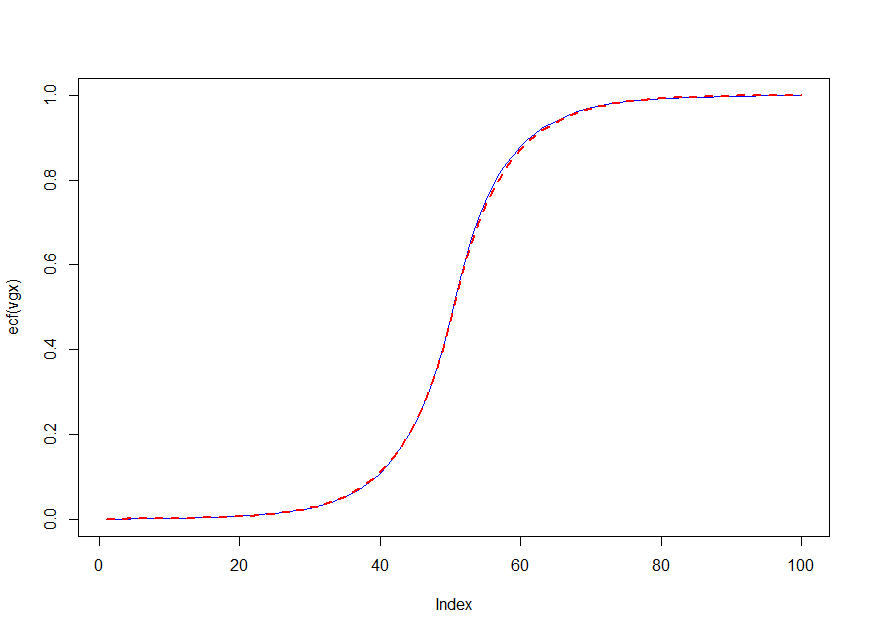 Hope this will be useful.