Looking at this graph would you say there is no correlation between these two variables?

I am trying to figure out if there is a correlation between Military Enlistment and the number of U.S. War Films Released between 1980-2021?

This is a graph I made in Tableau for data for the Department of Defense Total Enlistment between 1980-2021 and number of U.S. war films released. Looking at this graph I don't think there was a correlation between the two but wanted to double check. Is there no correlation or is there a negative correlation? 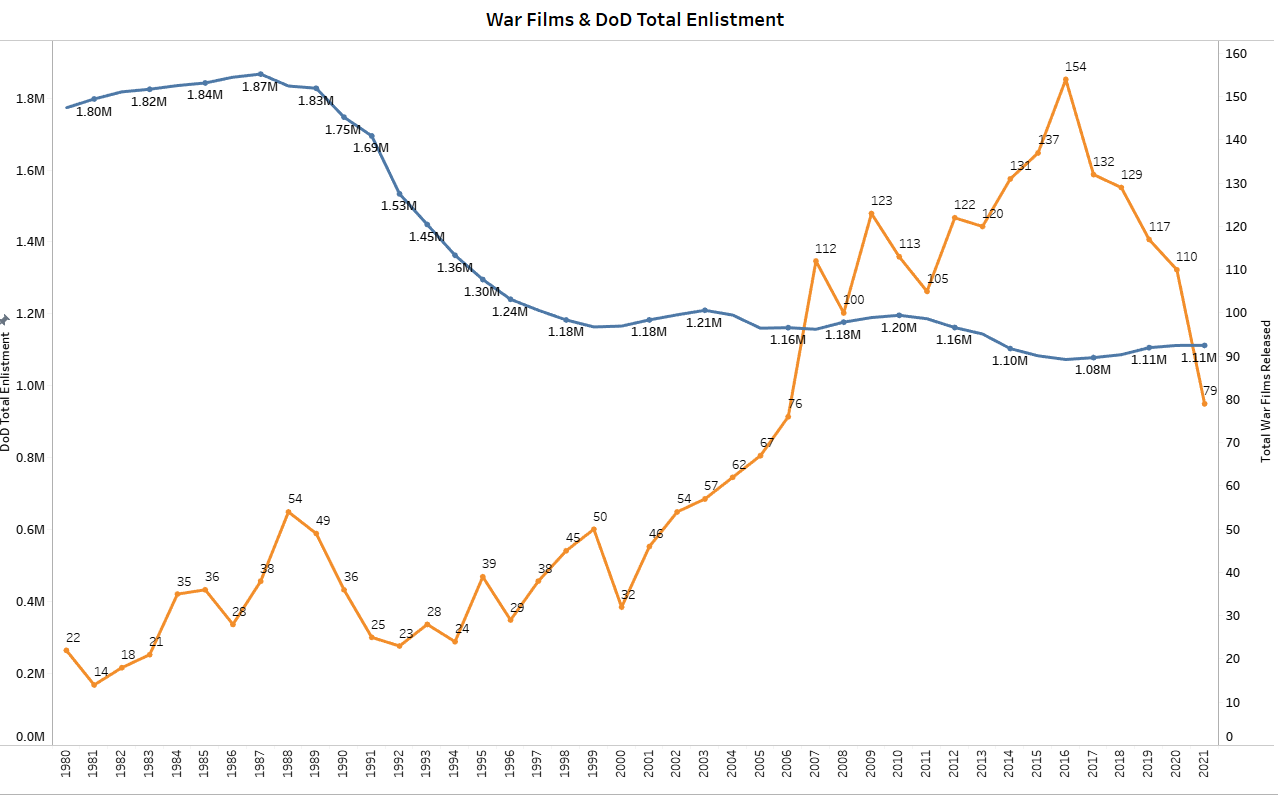 Browse other questions tagged correlation data-visualization multivariate-analysis or ask your own question.