I am puzzled as to what specification I should include in my unit root tests of the following data: 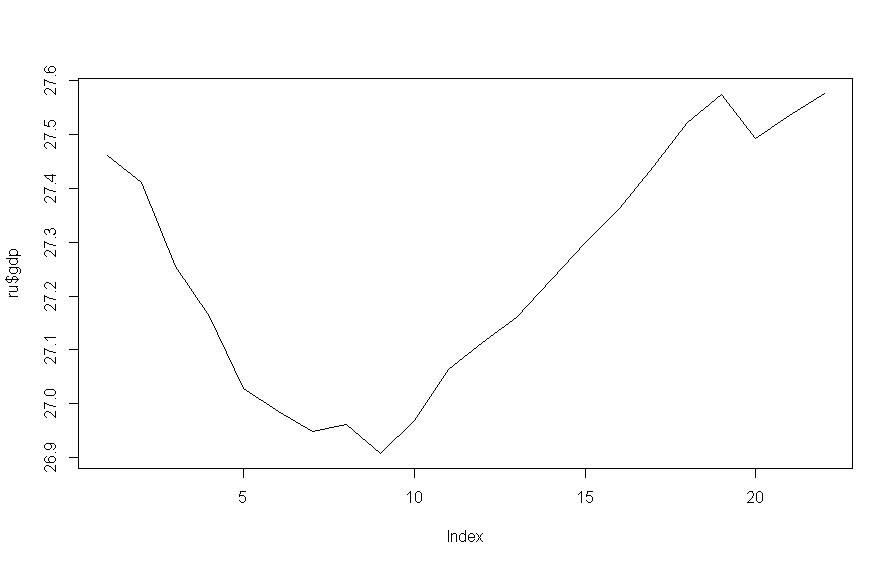 I will use ADF, KPSS and ZA tests. I can see there is a break in trend at observation 9. However, for the former two tests, especially for ADF, I do not know what to choose as a final specification.

ADF test is pointless in this case. It's not going to give you a meaningful result.

The trend stationary is not going to detect this "break". All it looks at is whether the end is far enough from the start. The same with the drift: your start is not far from end in comparison to how much it went down first.

I bet you suspect that there was a trend down, then up. So, you have to test this hypothesis. For instance, run ADF test on first and second halves separately to establish there is a trend. Then run Chow test to detect the break. This will support the "obvious" graphical evidence of what I just wrote. Basically, you don't need any tests in this case.

Not the answer you're looking for? Browse other questions tagged time-series unit-root structural-change or ask your own question.

10
Interpreting R's ur.df (Dickey-Fuller unit root test) results
1
Structural-break unit-root test
1
Unit Root testing and stationarity of a time series
0
What should I conclude if a Unit Root Test gives contradictory results with & without a trend?