When estimating a VAR the series must be level and seasonally stationary. However I have only 48 data points. I first made the series level stationary based on the ADF test and performed HEGY test for seasonal unit roots. Few series which were level stationary exhibited seasonal unit roots. I am unable to take the seasonal difference due to the small sample size. How to deal with this issue? I have included a plot of transformed series (by season) submitting to HEGY test below: 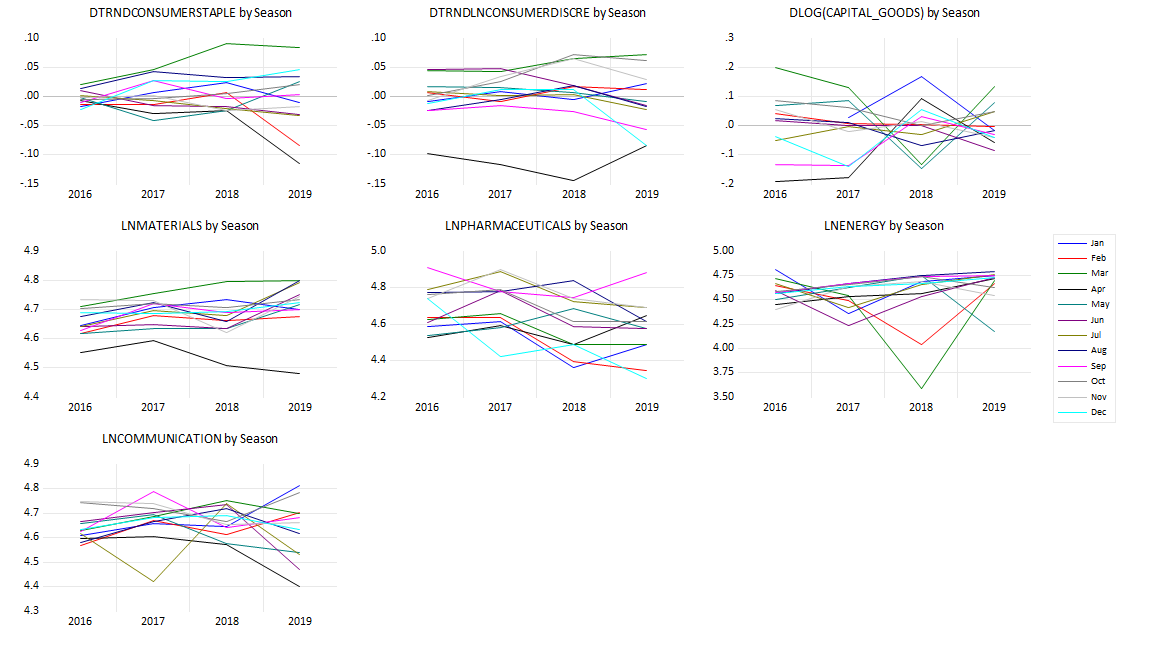 Are you sure the series have seasonal unit roots? Given seasonal integration, neighboring observations (that obviously belong to different seasons) may diverge from each other as the sample size grows. Here is a simulated example of a seasonally-integrated quarterly series: 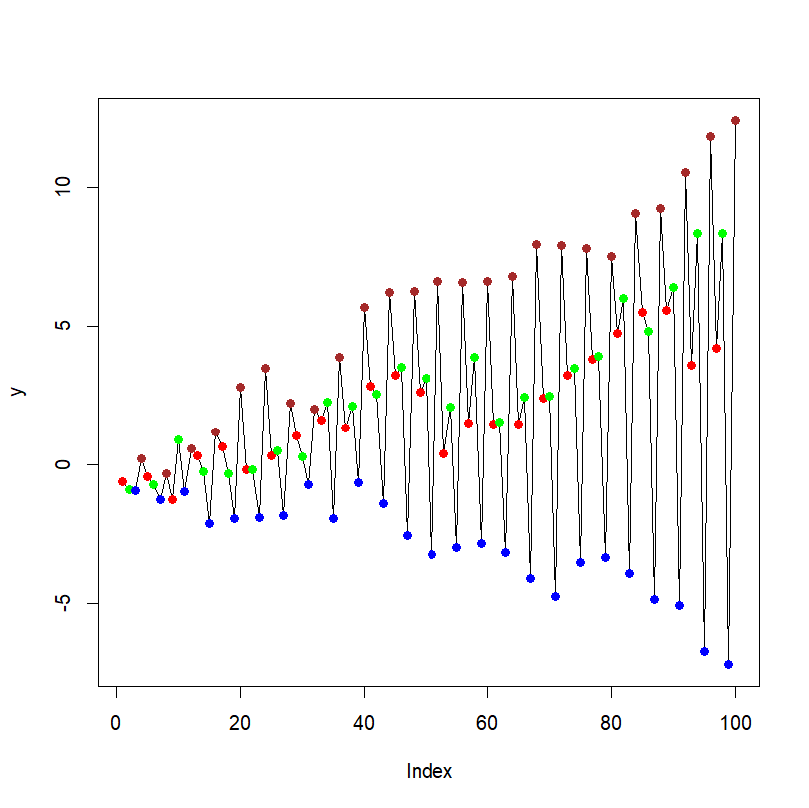 Is this what you are observing?

The null hypothesis of HEGY is presence of a seasonal unit root. Given a small sample, the power of the test is likely low, so it might just be struggling to reject a false $H_0$. Since your sample is only 4 observations per season, I would not trust the result of the test. While the test statistic is likely derived using an asymptotic approximation, 4 is quite far away from $\infty$... And this is not specific to HEGY alone; every test needs data to be powerful. (Well, there is an exception to every rule, but you get the general idea.)

I am not saying your series cannot have seasonal unit roots, but there is likely too little data to conclude anything much about it.

see Ashley & Verbrugge "To difference or not to difference: a Monte Carlo investigation of inference in vector autoregression models" (2009). Here are some notes of the paper I took for myself:

Not the answer you're looking for? Browse other questions tagged time-series stationarity vector-autoregression seasonality unit-root or ask your own question.

2
ARIMA modeling: can seasonal data be seasonally stationary?
0
How to deal with a time series that has a trend but not a unit root?
4
Influence of Seasonality on Unit root tests
1
Time-Series: Testing for stationarity and random walks