Does Stochastic Gradient Descent Converge on "some" Non-Convex Functions?

I am interested in better understanding the theoretical behavior (i.e. strength of convergence) of Stochastic Gradient Descent on Non-Convex Functions.

However, I found some research papers online that suggest Stochastic Gradient Descent actually might be able to display "some convergence" on Non-Convex Functions - but my knowledge in this topic is far insufficient to fully understand the claims being made in these papers. I have listed summaries of these papers below:

My Question: Based on some of these publications, have we truly been able to demonstrate that (Stochastic) Gradient Descent has the potential to display similar global convergence properties on Non-Convex Functions, to the same extent at which it had previously displayed only on Convex Functions?

Or have I completely misunderstood the results from this publications, and the conditions (and class of functions) in which the respective authors explored and demonstrated the convergence behavior of Stochastic Gradient Descent is far less "generous" compared to those pertaining to Convex Functions - and these conditions are also less likely to manifest themselves in real-world applications : And thus we still have reasons to believe that (Stochastic) Gradient Descent has more difficulties converging on Non-Convex Functions compared to Convex Functions?

The general thrust of the research in this area is to try to identify conditions on non-convex functions under which SGD will converge.

Editing in response to questions:

Stationary points can be saddle points as well as local minima. Under certain conditions on the saddlepoint, and with suitable modifications, SGD can escape a saddlepoint and find a local minimum. The second answer to Gradient descent on non-convex functions and the linked papers are well worth reading in this regard. But even if the SGD does converge to a local minimum, it might be a long way from optimal: 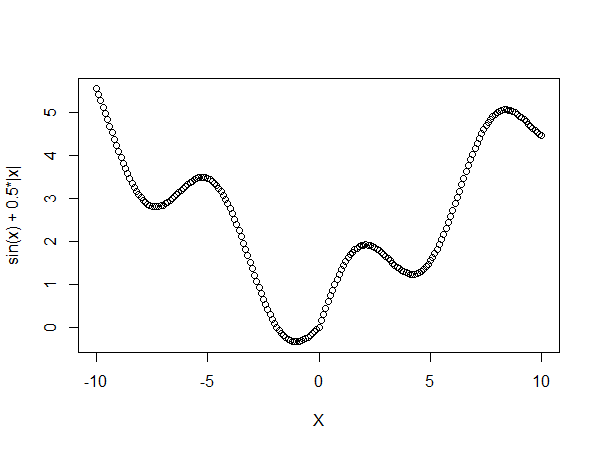 Not the answer you're looking for? Browse other questions tagged machine-learning neural-networks optimization loss-functions gradient-descent or ask your own question.