I'm fairly new to statistics and came up with a problem.

I have a sample with a variation coefficient CV = 0.517 for variable x, and I want to prove this variable is not correlated with a second variable y.

In my college textbook it is said that with CV within 0 and 0.1 the mean of the sample is representative, so that would make the mean of my x variable potentially unrepresentative. Therefore, Pearson coefficients of correlation are not to be fully trusted. Linear regressions aren't suitable either. When plotted in a scatter plot (as shown below), the variables seem to not be correlated.

I want to prove they aren't correlated. I can not use the Pearson coefficient (which is r = -0.196) because of the reason explained before. What can I use to show their lack of correlation?

I'm fairly new to statistics, as you may notice. Thank you in advance. 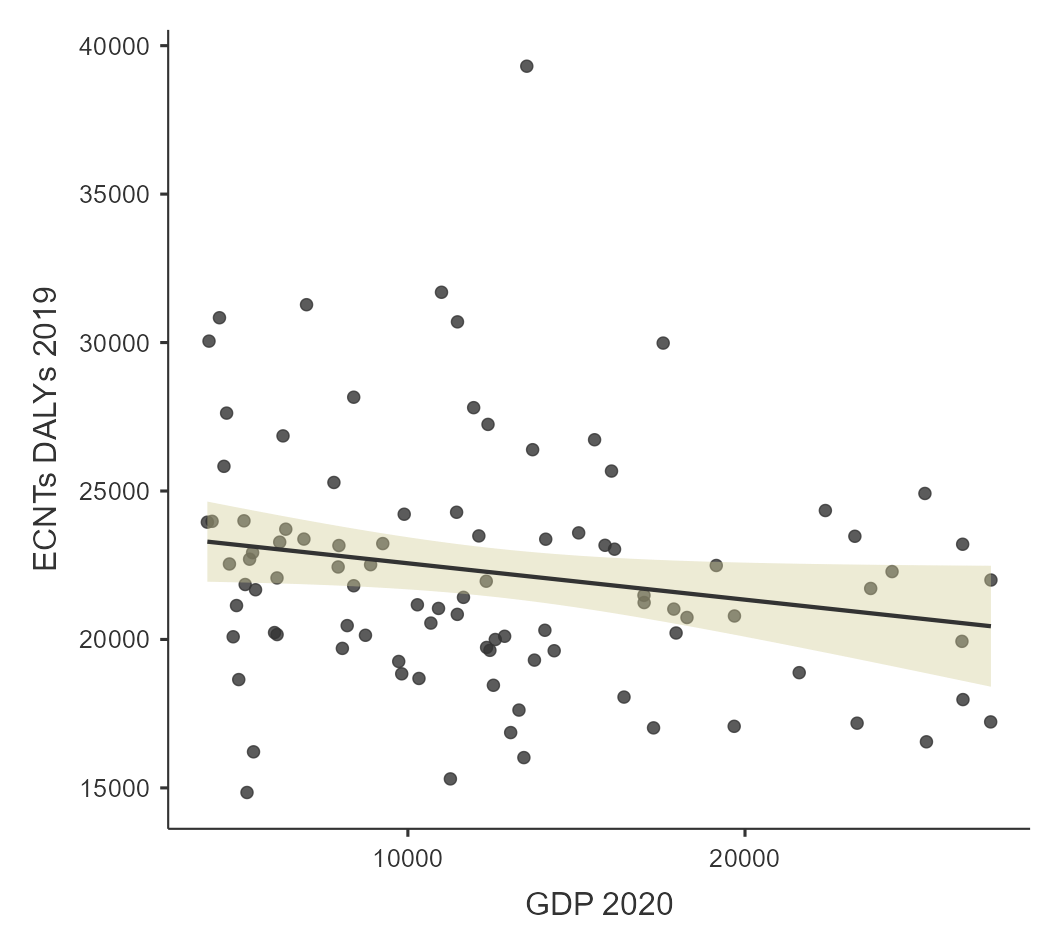 1
Half-normal distribution and correlation?
2
about discrete and continuous variables relationships exploration
6
How to choose a correlation measure when Pearson is close to 1 and Spearman close to -1?
1
Correlation with $\theta$ and with $e^{i\theta}$
3
How would a composite variable be strongly correlated with one variable but not the other?
0
Why would the significance of coefficients change in a logistic regression after transforming a variable?
3
Simple linear regression: R2 not equal to squared Pearson coefficient
1
Distribution of the Spearman rank correlation coefficient under the assumption of non-zero correlation