How to solve collinearity problems in OLS regression?

I am worried about the VIF scores of especially the LAW_, GCI_ and HOF_ variables but I really need them all included in the model to connect it to the theoretical background the model is built upon. All variables are discrete numeric values, except the law LAW_ variables: they are dummies as to which legal system applies in the companies' country of origin (either english, french, german or scandinavian).

Amongst other articles, I have read this article about dealing with collinearity. Often-suggested tips are removing the variable with highest VIF-score (in my model this would be LAW_ENG). But then other VIF-scores increase as a result. I do not have the proper knowledge to see through what is going on here and how I can solve this problem.

I have uploaded the corresponding data here (in SPSS .sav format). I would really appreciate somebody with more experience having a quick look and tell me a way to solve the collinearity problem without taking out (any or too many) variables.

P.S. For reference, I am including a correlation table (link to bigger image): 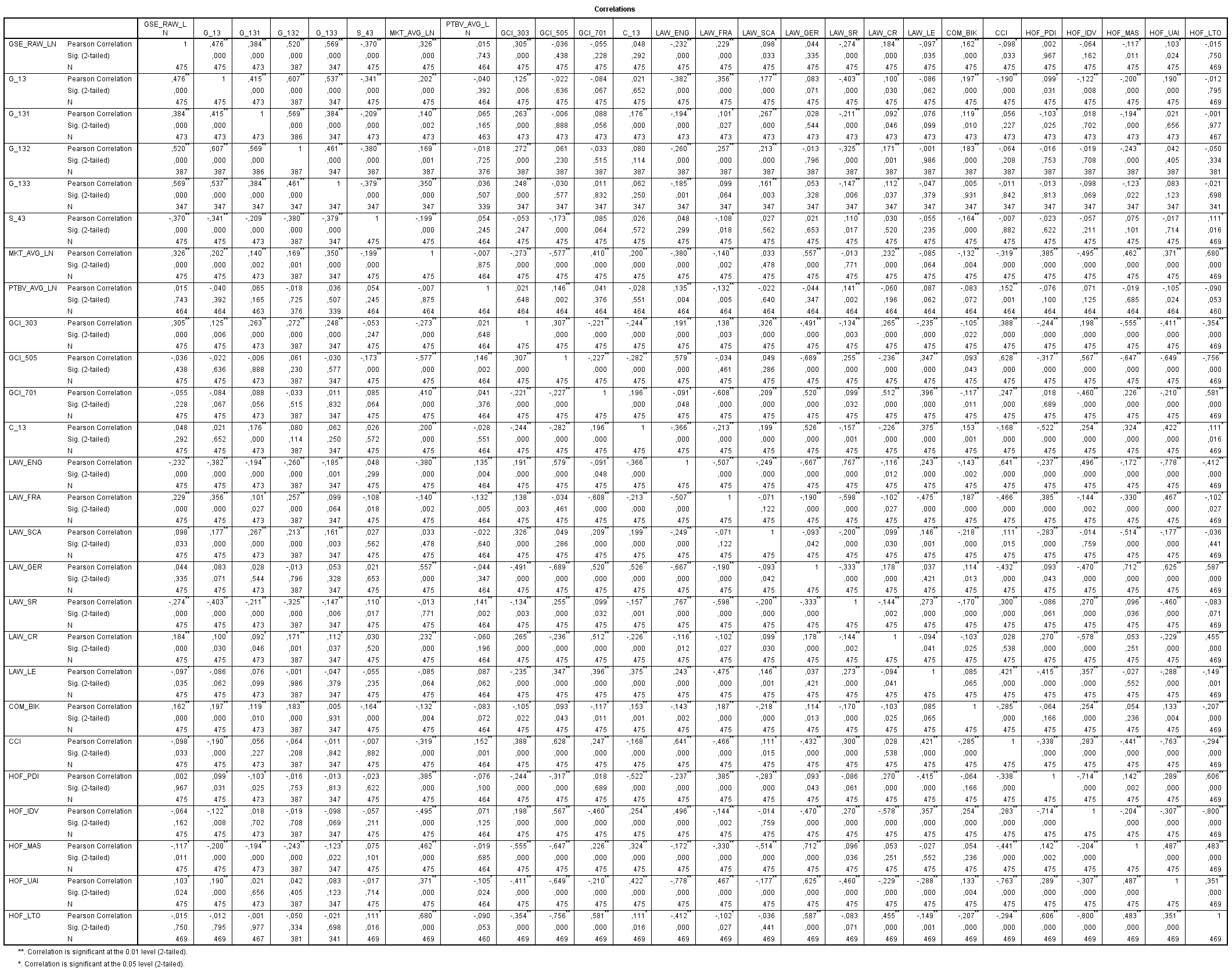 When variables are co-linear, you can think of them sometimes as being different manifestations of the same thing. Say I had a dataset of happiness of cats, a variable of whether they were soaking wet, and a variable of whether or not there were nearby children who thought it was fun to throw cats into water. Clearly cats don't like water, yet sometimes they will fall into it on their own. More often however, they are thrown in by malevolent children. Sometimes however, malevolent children fail to thrown cats in the water.

Shrinkage estimators are one way to go. Basically, you increase the bias of your estimator in order to decrease its variance. Appealing for prediction, but not for inference.

It is also worth emphasizing that prediction from a model with high collinearity is fine. So if your F-stat is good and you don't care about any of the coefficients individually, leave the model as it is.

Not the answer you're looking for? Browse other questions tagged regression least-squares multicollinearity variance-inflation-factor or ask your own question.

5
Is it fine to slightly overfit, if its giving you good predictive power?