How to describe in words the logical conclusion of a one-tail t-test?

Lets say we have the following null and alternative hypothesis:

Thus, the p-value in this situation represents the probability of obtaining test results equal to or greater than the results actually observed (under the assumption that the null hypothesis is correct): $$P(t_{df = n-1} \geq t_{obs})$$

Finally, here is a visualization of the theoretical sampling distributions of the two hypotheses: 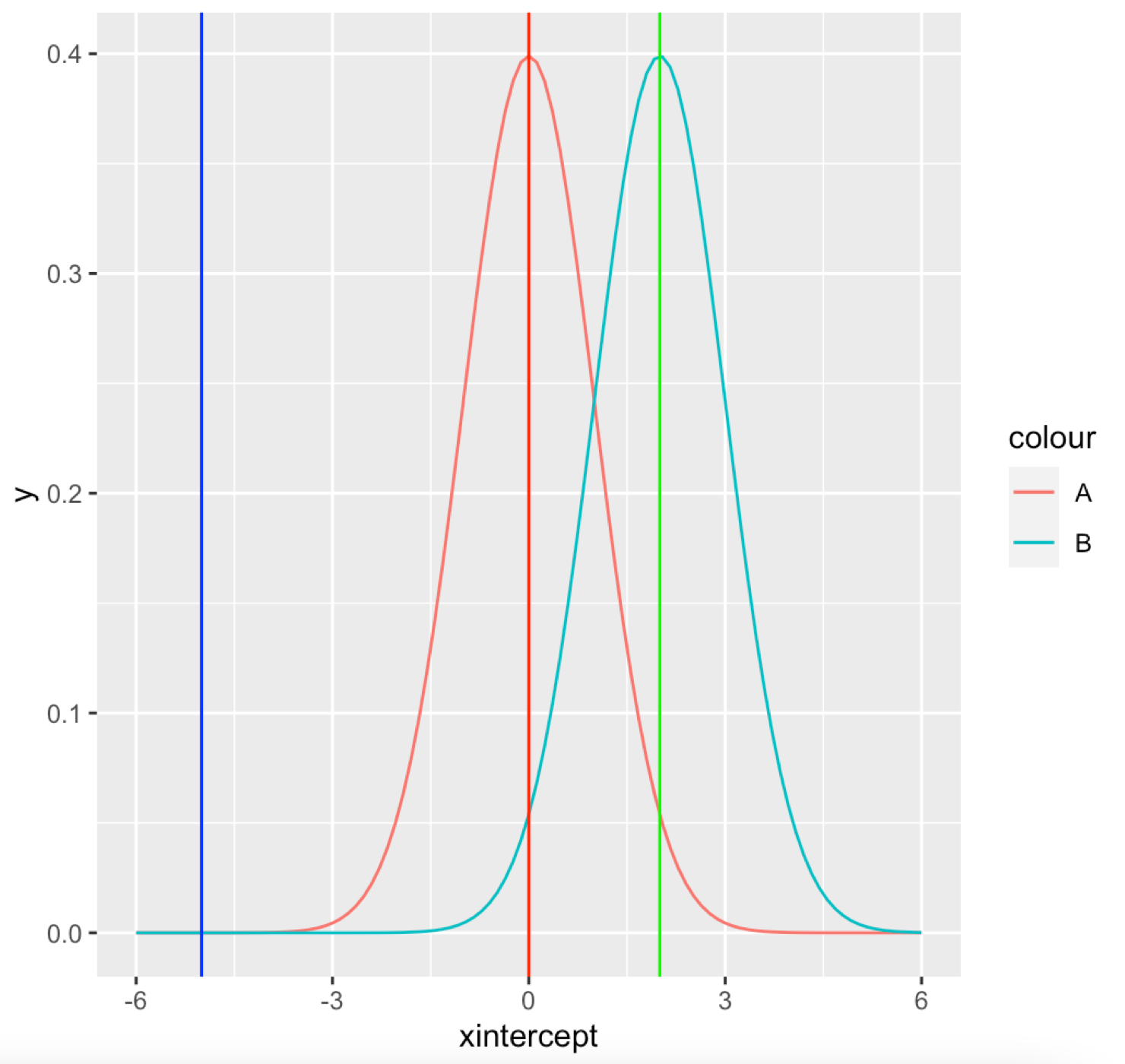 The red curve and green curves represents the sampling distributions of the null and alternative hypotheses, respectively. The blue vertical line represents the value of the observed results.

Now it is clear that the p-value for these observe results would be very close to 1. But I am struggling to logically explain the conclusion from this result (p-value) in words. Here is my horribly clunky attempt:

My first and second sentence in particular don't seem logically connected. In other words, how can I explain that this high p value "favors" the null over the alternative?

You do not give data to go with your question, so I will illustrate in terms of fictitious data, sampled in R, that may be suitable for illustration.

Here is a stripchart that shows the 100 observations.

From a printed table of Student's t distributions, you can find (at least approximately) that the critical value of the test is $c = 1.6604.$ You would look on row DF=99 of the table. if there is one, otherwise find the nearest. This is the value that cuts 5% of the area from the upper tail of Student's t distribution with 99 degrees of freedom. [The exact value below is from R.]

The P-value is the probability under the density curve for Student's t distribution with 99 degrees of freedom that lies above $-8.4429.$ This probability is very nearly $1,$ the P-value of the test.

The graph you pasted into your question seems to be for a normal test (z test) instead of a t test [and with a specific alternative (green) in mind]. The plot below shows the density function of $\mathsf{T}(99)$ in maroon, the observed value of the $T$ statistic (heavy blue vertical line), and the critical value $c = 1.6604$ (vertical dotted line). 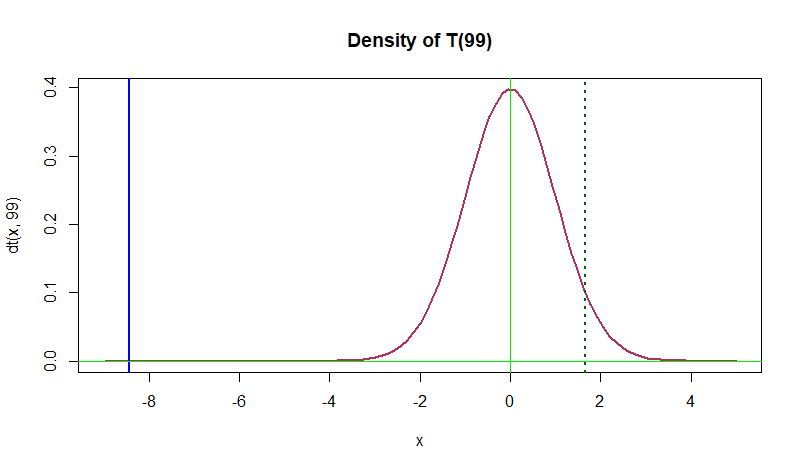 I'm aware I'm entering a minefield here since the correct explanation of p-values in plain English is tricky. Here's my take on explaining the result of a large p-value:

A large p-value indicates that the observed difference, or more precisely the observed value of the test statistics, is compatible with the assumptions of the null hypothesis.

Here compatible means just that and it shouldn't be confused with "supports the null" and it doesn't inform on the plausibility of one hypothesis or the other.

It may be worth keeping in mind that the p-value is a random variable (i.e. it depends on the sampled data) and if the null hypothesis holds the p-values follow a uniform distribution between 0 and 1. In other words, if $H_0$ holds large p-values are as likely to appear as small ones. I think this is counter-intuitive and easily overlooked.

Here's a simulated example to illustrate the behavior under the null: 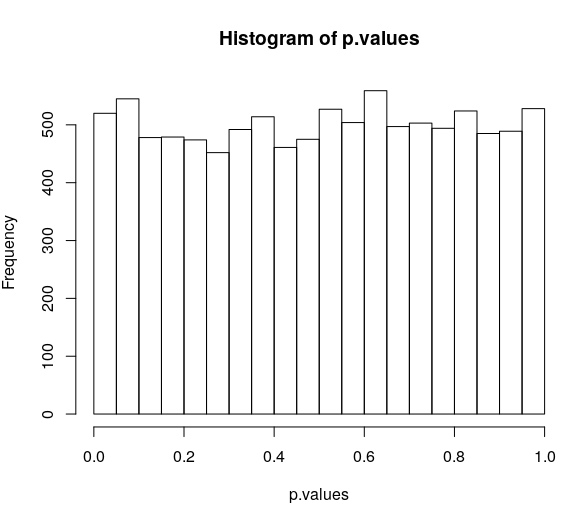 38
Understanding p-value
1
one tail hypothesis testing, Gaussian versus t-distribution
0
Can Fisher's Exact have H0 = one tail, and HA = "no difference" + the other tail?
0
Do i reject or fail to reject the null in these instances?
0
How to interpret the results of a t test?
0
Using the null hypothesis to determine one or two tailed test?
6
Two sample test for exponential distribution with only two observations