I'm trying to train a logistic regression on simulated data. I have n=1000 simulations for the following variables:

This is the distribution of pr, that is used to generate the binary yt. It is unbalanced in this case 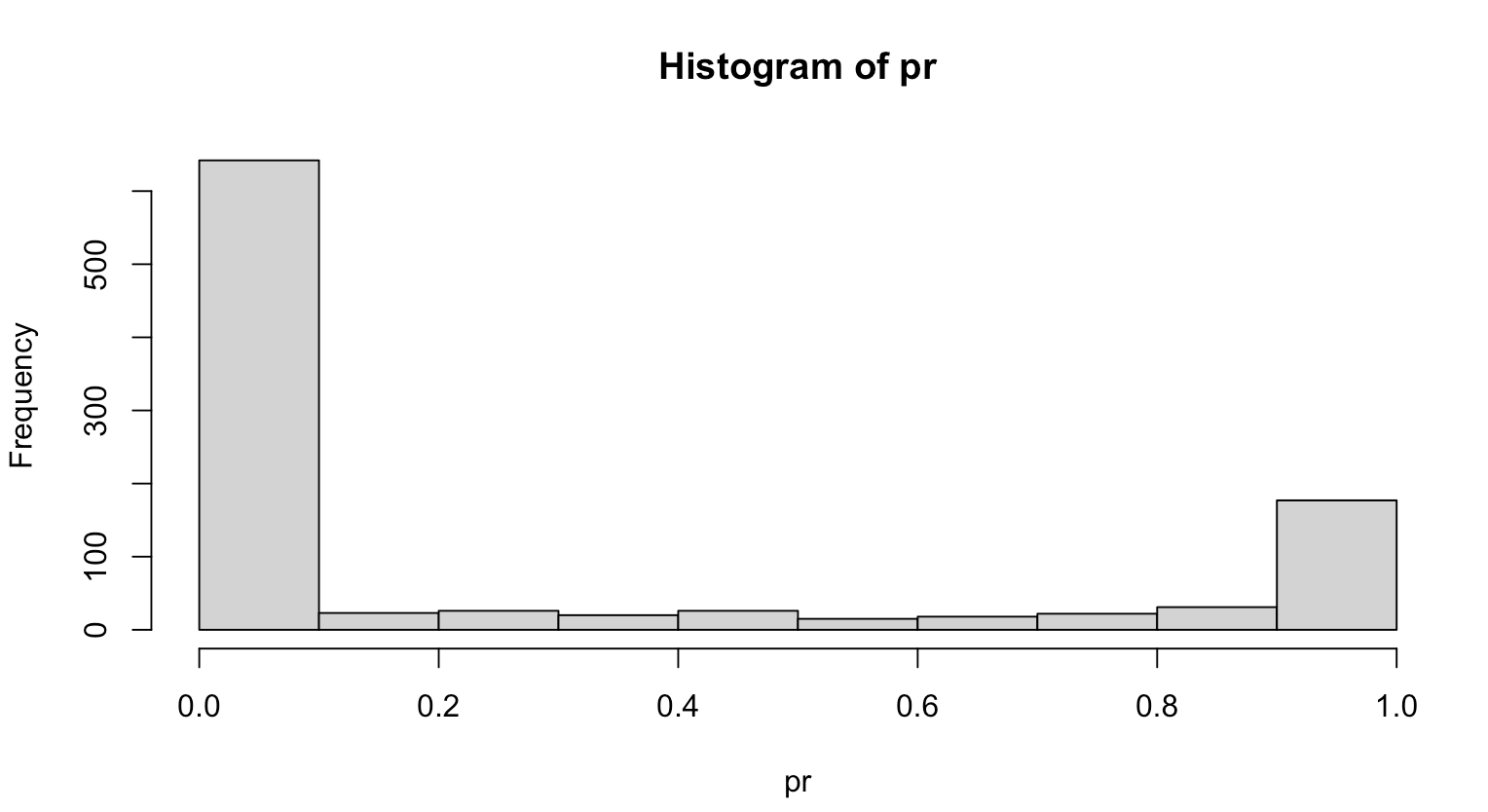 I assume model1 is the true model with around 0 bias because yt is generated by x1 and xr and we are using the same two variables to predict yt. However, the bias of model2 is smaller then model1. I'm wondering if this is normal, or I did something wrong?

Also, even if you replace the bias with MSE, model2 can still appear to be better by pure chance. To mitigate such risk, you can repeat the simulation under the same setting but using different random seeds for, say, 10000 times and look at the average MSE.

Not the answer you're looking for? Browse other questions tagged logistic generalized-linear-model simulation bias or ask your own question.

1
How do factor categories with no variance influence logistic regression?
1
Logistic Regression Coefficient Interpretation for more than 2 dummy variables
1
Interpretation of binomial glm coefficients when response variable is not binary
0
When should you not use logistic regression GLM with a binary response variable?
1
binomial vs betareg? glm for y=ratio
1
Poisson family GLM with 1 categorical independent variable error missing value where TRUE/FALSE needed