How do you interpret coefficients from a logistic regression model with interaction effects? [duplicate]

I'm having difficulty wrapping my head around my results from a logistic regression model I ran.

In a nutshell, I'm trying to determine if singing behavior in a songbird is influenced by environmental factors.

Here's the output of the logistic regression:

I know I cannot interpret B2 and B3 like in a standard regression (i.e., one without interaction terms). But instead have to interpret them as the relationship of rain and wind with singing (respectively) when photoperiod is 0.

That seems contradictory to me. Are B2 and B3 even relevant to discuss? After all, photoperiod cannot ever be zero at these study sites (it ranges from ~10h in winter to ~12h in summer). So, under real-life circumstances, rain should have a negative influence on singing behavior, correct?

Thanks in advance for any assistance y'all can provide!!

You have a hypothesis: more rain, less singing. That seems reasonable.

Your logistic regression however says something else as the main effect of rain is strongly positive: the more rain, the higher probability of singing. That's inconvenient but you cannot ignore it in your interpretation. (Instead you can run diagnostic checks that the data is coded correctly and that the model fits the data well.)

As you have yourself suggested, an effective way to describe the regression is a partial effects plot that shows how the probability of singing varies with rain, holding the other predictors to meaningful values.

I use the reported coefficients to make a partial effects plot for rain at the upper, lower and mid-point of photoperiod and no wind. The model consistently predicts higher probability of singing with more rain, though the effect decreases as photoperiod increases. 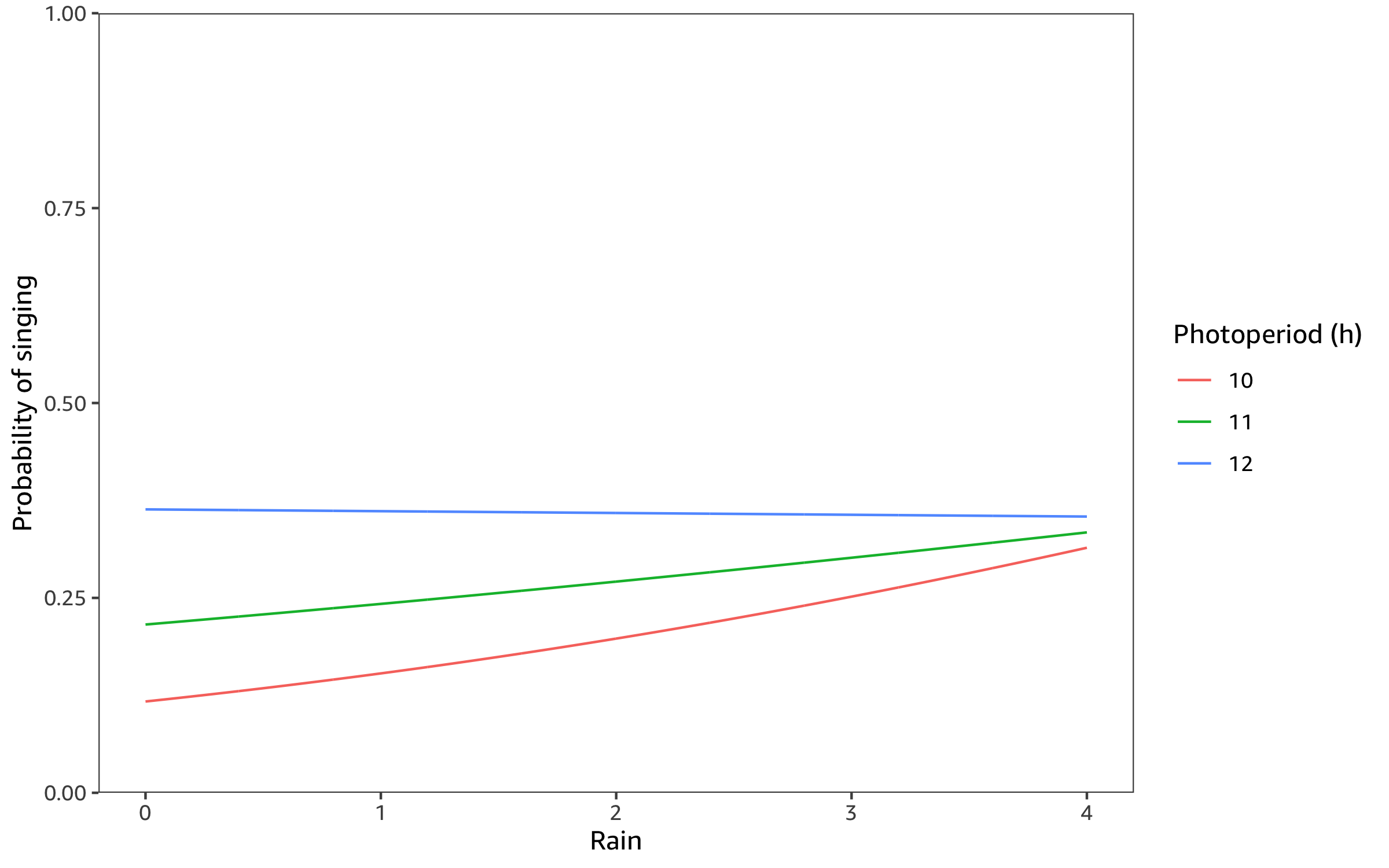 Here is the R code to make the partial effects plot.