Appropriateness of including control variables in lmer as random effects

I am trying to find out the effects of the condition (3 levels) on the dependent variable (intention to use a certain mode of transportation; assumed to be continuous, 1-7 scale), whilst controlling for the influence of demographic variables (education, income, mode_use; all categorical, 8 levels) as random effects.

Basically, I want to know whether one group (Level 3 of the condition) better predicts the outcome than the alternatives (Level 1 - control, and another experimental condition - Level 2), whilst controlling for the demographics.

The model that I currently have is the following:

These are the results: 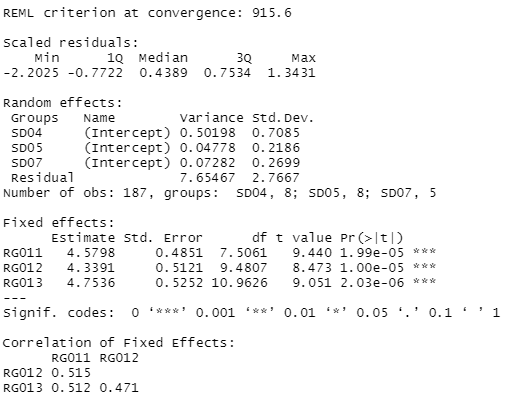 I think this could be done with a simple lm model, especially because the ICC of the random effects is miniscule (0.075). The problem is that the dependent variable is not normally distributed (see below) which, according to the answers here: Checking assumptions lmer/lme mixed models in R mixed models can account for. 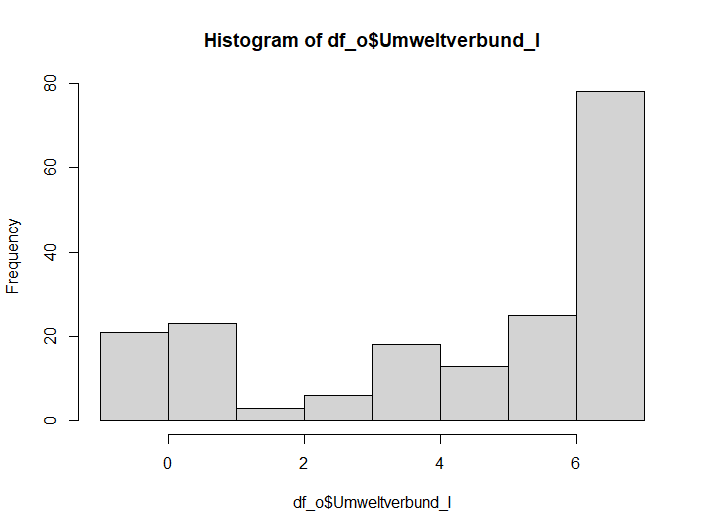 As per the link above, what to watch out for with mixed models isn't the normality of the dependent variable, but whether the residuals of the model are normally distributed.

This is how they look: 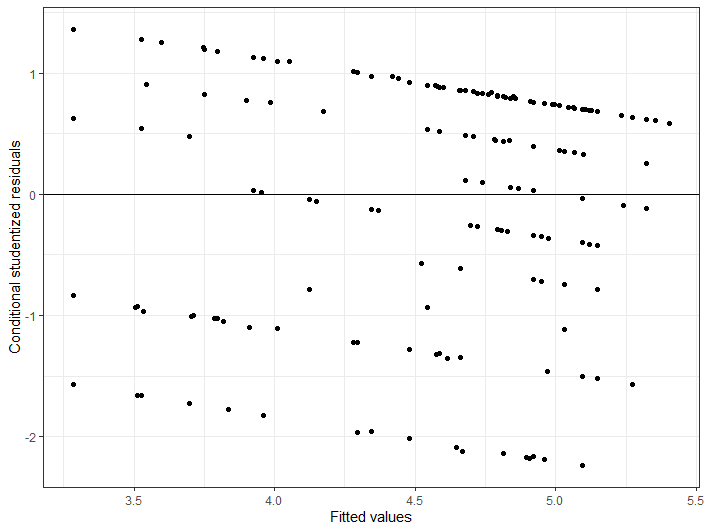 The questions that I have are the following:

As a side note:

what to watch out for with mixed models isn't the normality of the dependent variable, but whether the residuals of the model are normally distributed.

That applies also to ordinary linear models without random effects.

Not the answer you're looking for? Browse other questions tagged mixed-model lme4-nlme interpretation assumptions or ask your own question.

32
Checking assumptions lmer/lme mixed models in R
31
How to use ordinal logistic regression with random effects?

4
Should I control for random effects of participant in an individual differences design?
2
How to interpret random intercept "BLUP" from the sjPlot package?
0
Mixed effects model with random and nested effects in lmer
7
Encoding of categorical variables (dummy vs. effects coding) in mixed models
2
Stating the same mixed random intercept and slope model in lme as stated in lmer, and random intercept/slope equations in lmer
0
Including covariates in a mixed model (lmer)
1
Checking assumptions of Mixed Models with R code