How do you interpret Beta coefficients for Fixed Effects Panel Data Models?

Let's say we have House Prices across different cities (Bristol, Brighton, London, Glasgow) across time (Monthly data from 2016-2020) and we're trying to predict it using unemployment and crime.

Thanks, any help would be greatly appreciated. :)

If you use built-in techniques, which usually don't alter the summary regression table, the interpretation is almost the same in those three cases. However, if you explicitly define the fixed effects as city factors or year factors, then the interpretation will change.

For example, if you use city factors as intercept changes (non multiplicative factors), then that coefficient will be read as a greater (+) or lower (-) intercept for that particular city, in respect of the base intercept.

If you combine the factors with the variables, then the slopes change, and you'll have a greater (+) or lower (-) slope for that particular city, in respect of the base slope for that variable.

Using the same data as above: 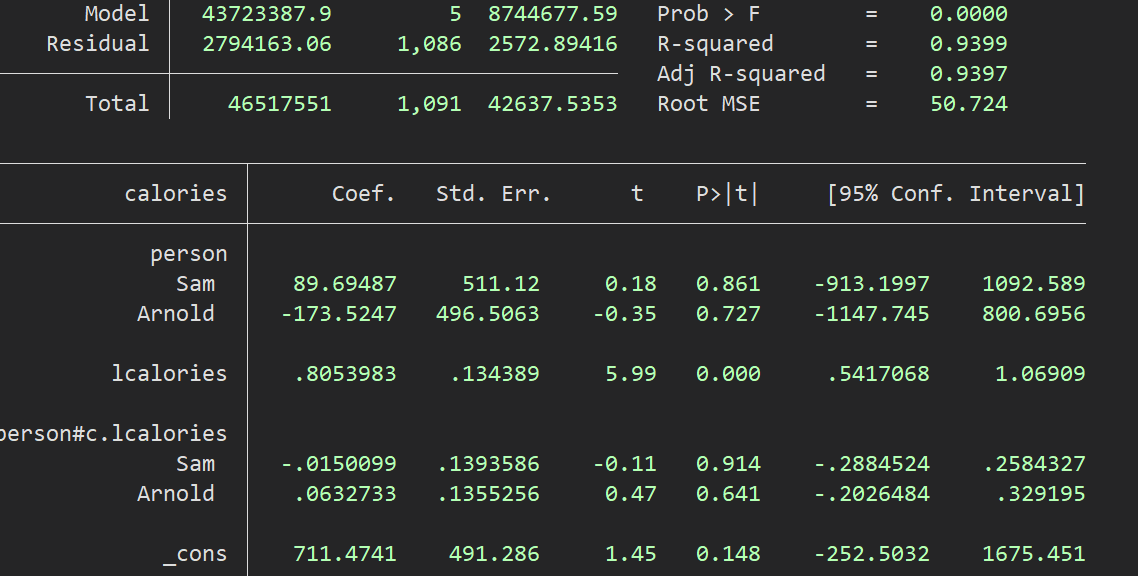 You can use both techniques at the same time (as you see, in the last table, results may change dramatically). Also apply that intuition to the time variable. That intuition is basically the one for dummy variables.

Not the answer you're looking for? Browse other questions tagged regression panel-data random-effects-model fixed-effects-model pooled-model or ask your own question.