I am interested in analysing two dependent variables, let's say Alpha and Beta.

Within each group, I measured Alpha and Beta six times (time variable, t1 to t6)

I would like to analyse these data both considering:

While always interested in comparing the two groups (point #2), I would like to create a model which takes the time variable into account in two different ways: 1a) A level considering the within-subject aspect (how Alpha and Beta change over multiple time-points for each participants >> We could see each subject as a cluster of data > Orange Clustering); 1b) A level considering within time-points among all subject of the same group (how at each time Alpha and Beta evolve over the time points > We could see each time point as a cluster > Yellow Clustering). Please refer to the attached file for a clearer overview! 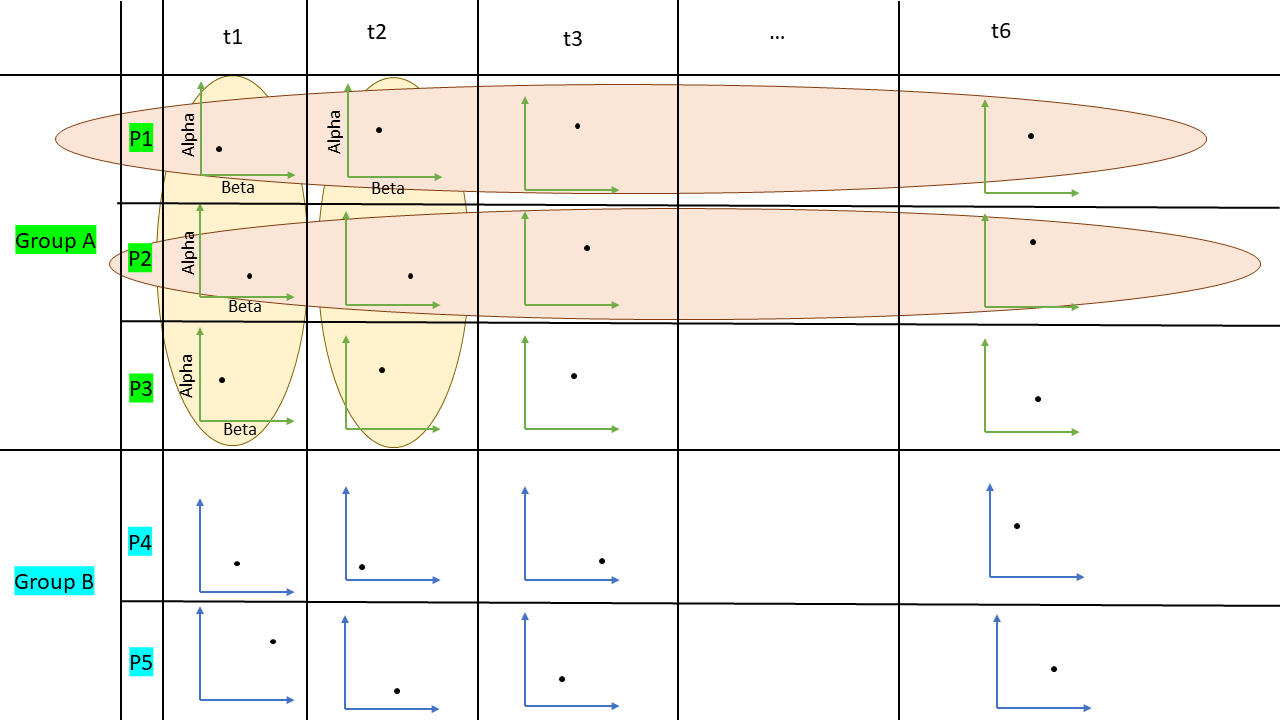 I explored some possibilities such as Linear Mixed Models, Hierarchical Models and Doubly Multivariate Analysis, but I am still not sure which is the most comprehensive for my desired analysis.

Browse other questions tagged mathematical-statistics mixed-model repeated-measures multivariate-analysis or ask your own question.

7
Is there a way to specify a lme model with more than one within-subjects factor?
4
How to analyze this dataset with 2 between-, two within- factors using lme4?
1
Combining between and within-subjects designs?
1
ANOVA versus Wilcoxon
1
Minimum number of trials per participant to assess within-group variability
0
How to Analyze Frequency Data with Between-Within Factors
3
How to decide between individual versus group level random effect
1
Data analysis: 2 groups but all ratings from the same (two) individual(s)