Can an irrelevant variable be significant in a regression model?

I'm reflecting about statistical significance and I think a variable can be irrelevant and significant at the same time. But, how do I explain that? And if that were the case, should I include that variable to my regression model?

On hot days, people will want ice cream and might also want to go swimming. Hence, hot days see increases in both ice cream sales and shark attacks (by virtue of more people going swimming and hence being at risk for an attack). This is known as confounding.

EDIT: Because this has generated conversation around the interpretation of "irrelevant" I feel the need to make some additional comments and concede I should have said "it depends" (even though I object to the arguments made). If "relevant" is understood to mean "closely connected or appropriate to what is being done or considered" then "irrelevant" should be taken to mean "not closely connected or appropriate...". In this case, ice cream sales could be considered "relevant" since they would be correlated -- but I find interpreting "relevant" in a purely statistical sense to be an extremely narrow (and irregular) way to attach meaning to "relevant". None the less, it is an interpretation one may have.

I think a variable can be irrelevant and significant at the same time. But, how do I explain that?

This can be explained by using the concept of type I errors. 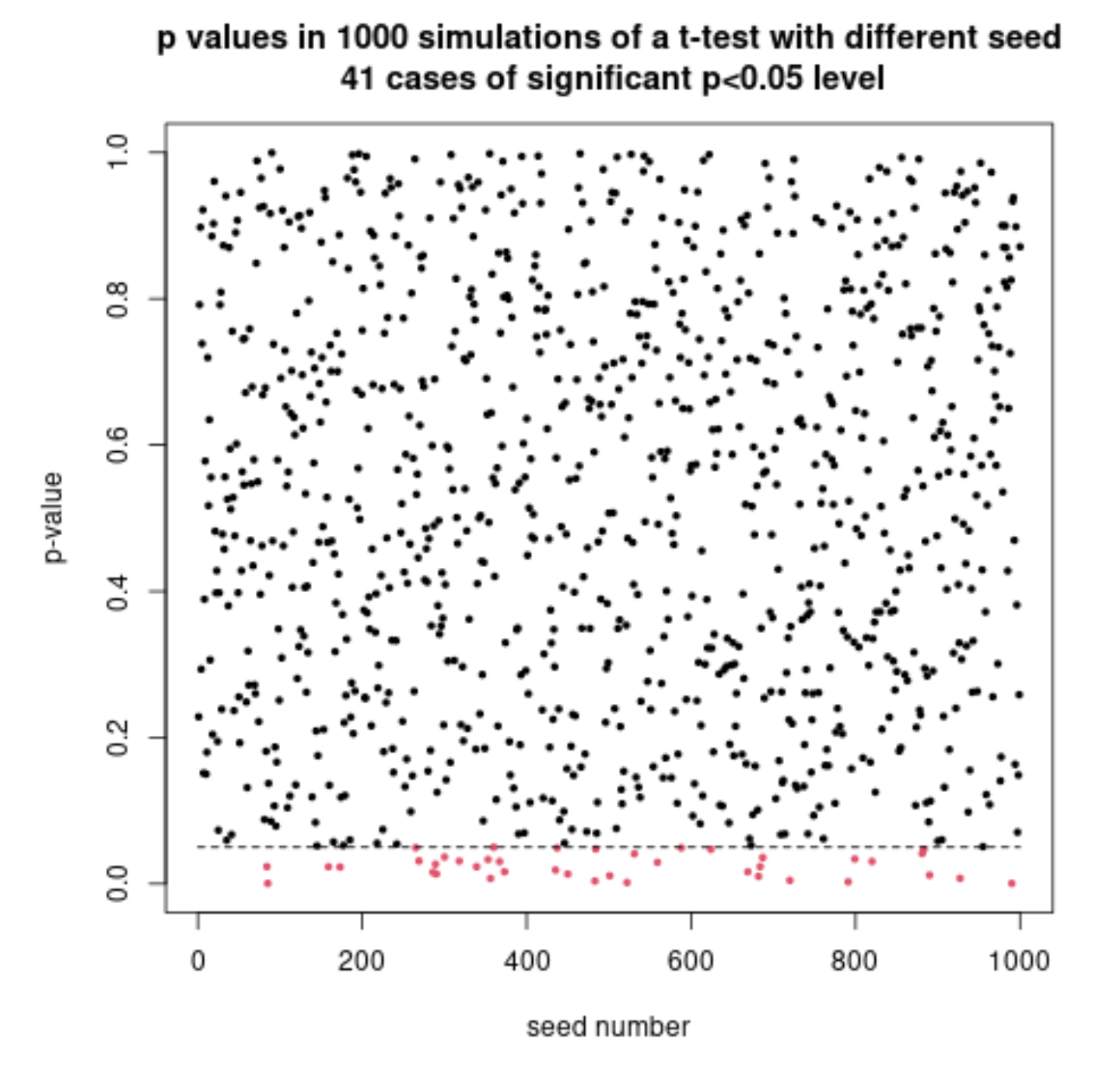 Significant observations may happen even when there is no true effect (the null hypothesis is true) because sampling is subject to random statistical variations.

an extreme observation that falls outside the range of likely statistical variations that might be expected.

Significance does not directly mean a 'relevant' variable.

This is a bit of a language problem as well. Statistical significance relates to probability of observations. It is not 'significance' as in 'important' as it is used in common language.

Significance is also mostly important when it is absent. Significance is more like a minimal condition for some observation/variable to be important, and it is not like a sufficient condition.

"Relevant" and "irrelevant" are not well-defined statistical terms that everyone agrees on.

Consider for example a (correctly specified) model for the response to a medical treatment vs placebo that includes gender and age effects: $E(Y) = \beta_a\textrm{age} + \beta_g\textrm{gender} + \beta_t\textrm{treatment}$. The effect of the treatment, $\beta_t$ is causal: it's the difference between the outcome if a patient is given the treatment vs if the patient is given a placebo. However the patient doesn't "cause" the outcome of his/her/their own treatment with personal biological and genetic characteristics. A better term for age and gender in this model is "covariates" or "effect modifiers". They are certainly relevant in order to prescribe each patient the most appropriate treatment.

Practical vs Statistical significance
Is there a colloquial way of saying "small but significant"?

There are subtleties with this interpretation of relevance has as well:

So one takeaway is: If someone uses the term "(ir)relevant", "(in)significant", etc. to discuss their analysis, ask them "What exactly do you mean when you say your result is [a generic term hinting at importance]?"

Aside (unmeasured) confounding, we might have spurious associations that are not the same an unmeasured confounding. Two variables X and Y might be independent but have with similar covariance matrices that looks indistinguishable to confounding due to network or spatial structures. A reasonable fresh reference on the matter is: Network Dependence Can Lead to Spurious Associations and Invalid Inference (2020) by Lee & Ogborn where the authors refer to this phenomenon as "spurious associations due to dependence".

The definition of significance is that there is a certain probablility (not more than $\alpha=0.05$) that the wrong conclusion was drawn. The result of a statistical test can be significant, i.e. it can state that whatever the respective test tests for holds with high probability.

Not the answer you're looking for? Browse other questions tagged regression statistical-significance or ask your own question.

14
Is there a colloquial way of saying "small but significant"?
7
Practical vs Statistical significance