I am a bit puzzled by these findings, since initially I thought that they should not be that different across the mixed model and the country fixed effects. I was wondering whether I was doing a technical error and I am trying to understand why these differences occur?

Here are the codes and findings: 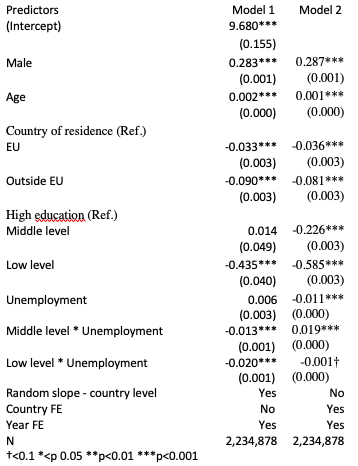 Browse other questions tagged r regression mixed-model fixed-effects-model or ask your own question.