Why is my data not normally distributed while I have an almost perfect QQ plot and histogram?

I am doing a thesis and I am stuck with my statistics on time series data. And when I run a Shapiro test, or any test, it says:

I also have two other groups where the QQ plot and histogram looks way worse than this one, but the tests say those are normally distributed.

I am looking in my script, but I can’t find any mistakes so far. Is it likely that there is something wrong or is it very normal for this data to be nonparametric (even with this graphs)?

I am using Python btw, not R. 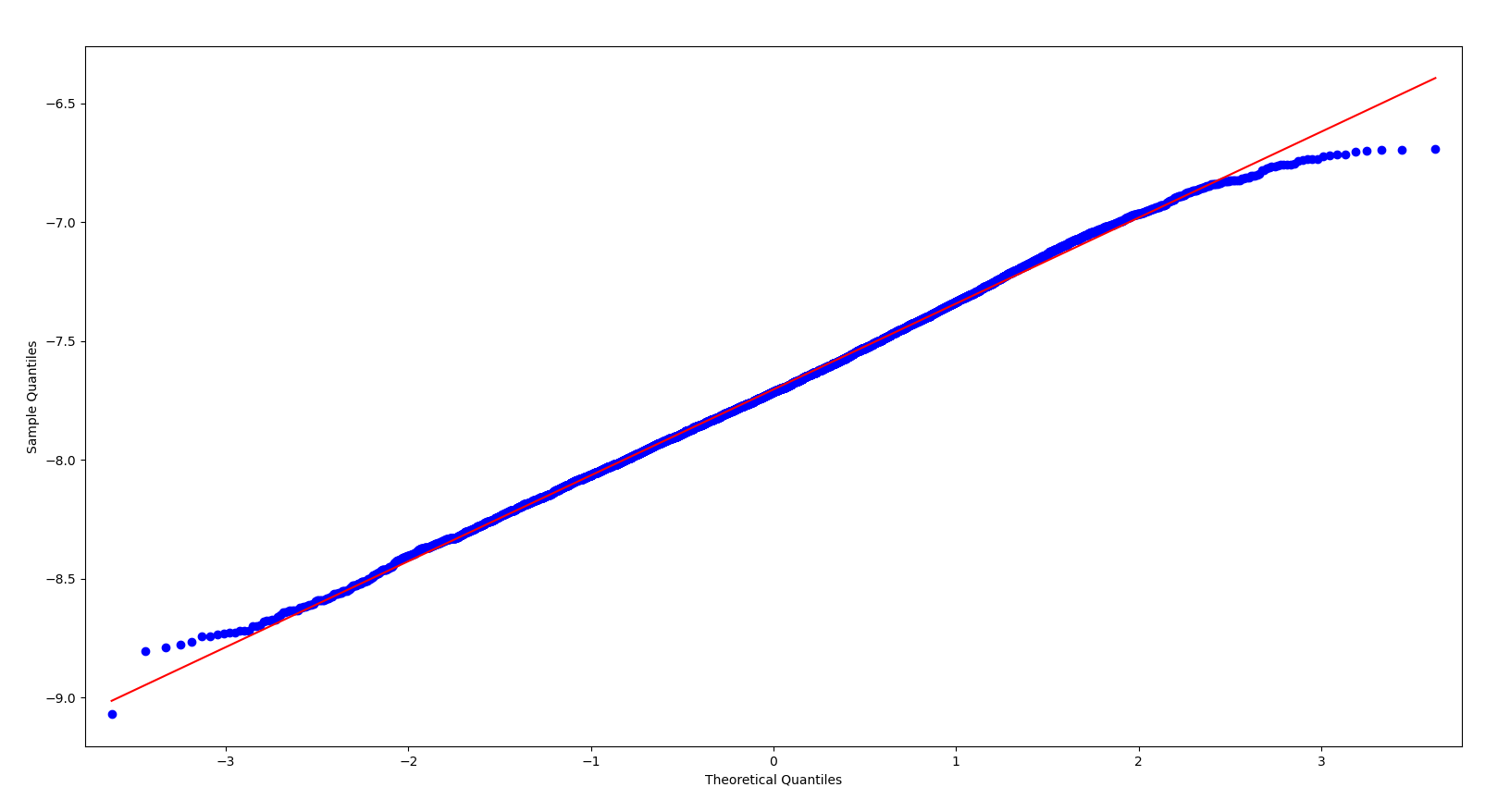 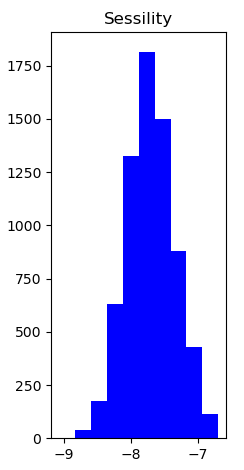 PS. I also have a box plot: 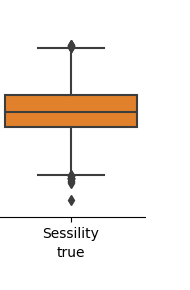 Ben has already explained much.

If you only want some kind of classifier based on, say, variance, then you could use a common variance estimator and you don't need normality. Your distributions should have second moments, though.

You QQ plot shows that there is departure from normality in the tails of your distribution. Since you have a very large sample size, your test is able to detect even a relatively minor departure from normality, so it is not surprising that it is rejecting the null hypothesis with a very low p-value. Your test is correctly identifying that your data do not come from a normal distribution (or their tail behaviour would not look like that).

Incidentally, this is one of the properties of a classical hypothesis test when you use it to test a narrow hypothesis such as this one --- if the hypothesis is even slightly false then the p-value will converge to zero as the sample size becomes large. Statisticians are therefore cautious when we use hypothesis tests and we are wary of using them to test very narrow hypotheses. If the null hypothesis is too narrow then it will almost certainly be false, and the test will detect that once you give it enough data.

No data will ever be perfectly normally distributed, so it is not surprising that your data are "not normal", and note that no test ever will say "data are normal"; the best any test can tell you is that according to the test statistic data do not deviate from what is expected under the normal distribution, but data may not be normal anyway (for example due to not being truly continuous, as no data are).

As data are never truly normal, true normality is not what is of interest in applied data analysis. What is really relevant is if you have deviations from normality that have the potential to mislead conclusions of methods that supposedly assume normality. But this depends on what you think you need normality for, i.e., what you want to do with the data after having tested normality. Chances are the data shown in your plots are fine for most things you'd like to do (there are no extreme outliers and no strong skewness, so theory based on normality will give very good approximations), but without knowing what you want to do based on normality, we can't know for sure. (Note that most analyses have further assumptions on top of normality, and sometimes problems with those are worse, particularly independence.)

Why is my data not normally distributed while I have an almost perfect QQ plot and histogram?

Because it is not perfect

Your qq plot is not perfect. You have some clear deviations from a normal distribution that are statistically significant. 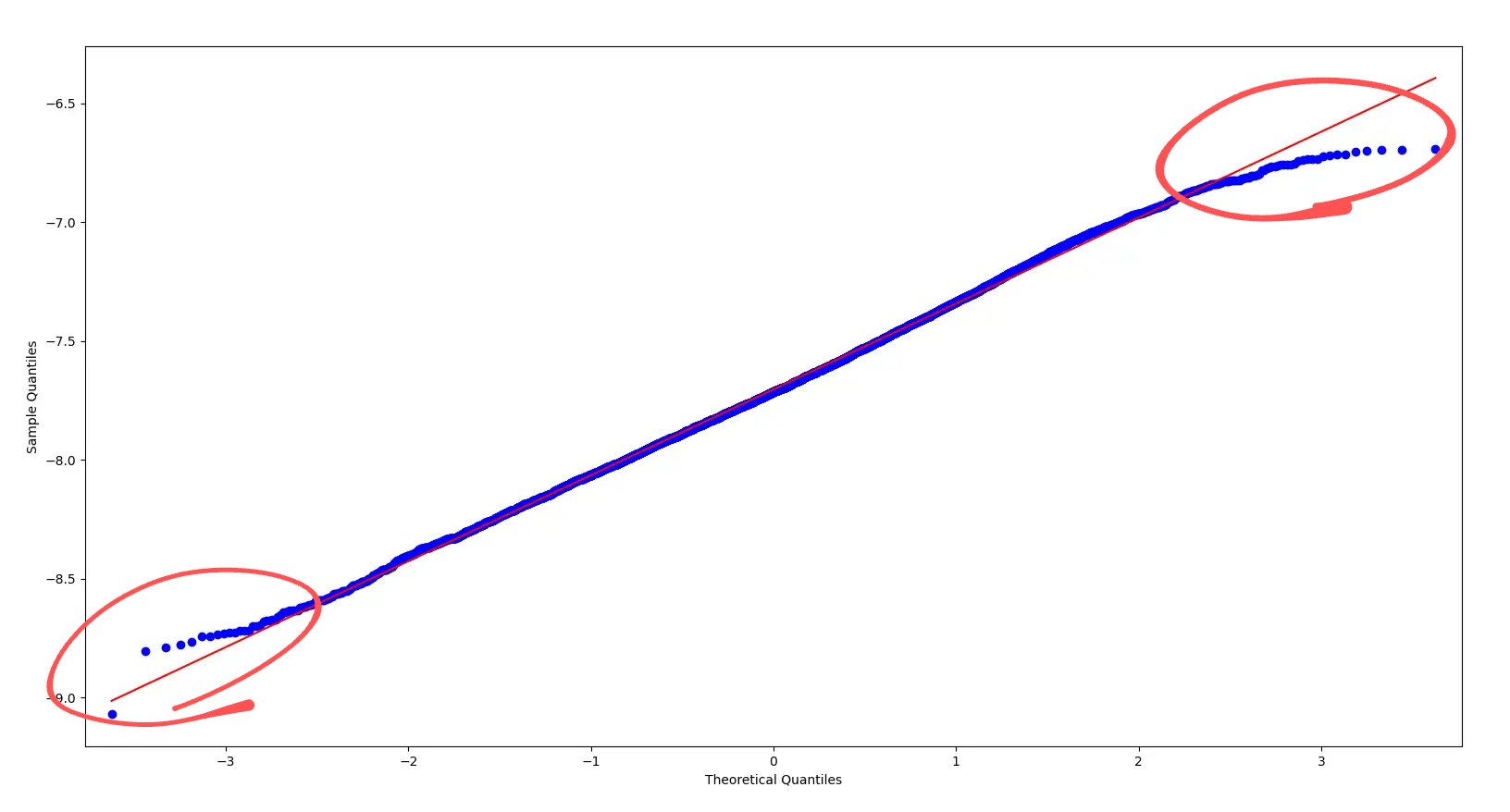 Normal distributions exist in mathematics but not in nature

These type of deviations occur a lot. The Normal distribution occurs as a limit distribution for a sum of many different sources of variation. See for instance the central limit theorem. But this limit occurs at infinity and that is almost never exactly obtained in practice (although with physical experiments, which can have extremely large numbers of sources of variation, it can get extremely close).

Potential causes for your difference

In your case there is a deviation from normality in the limits of the distribution. Your sample has a limit between -8.75 and -6.5. On the other hand a normal distribution has limits $\pm \infty$.

It seems to me that it is physically impossible for your variable to be normal distributed, and you do not need a statistical test for this (I imagine that sessility, although I am not sure how you measure this and get negative values, is bounded).

Very often you do not need exact normality.

(edit: as Christian Hennig mentions in the comments, this is too liberal, it should be more strict instead and the statement should be "You never need exact normality". This relates to 'all models are wrong'. The assumption of normality is a part of a model that is likely (or certainly) to be false, but the point of modeling with the assumption of a normal distribution is that it is close enough.)

More important than significance is the effect size.

Although a problem here is that there is not really a good rule of thumb in the case of normality tests. Depending on your goals/case there might be recommendations. For instance, the qq-plot shows that you variable has smaller tails. This means that your estimate is gonna have a smaller excessive variability. Then you do not have to worry about underestimating p-values and increased type I errors (if the variability of your estimate is less, then you are less likely to exceed a certain range of statistical significance).

Not the answer you're looking for? Browse other questions tagged normal-distribution python nonparametric qq-plot shapiro-wilk-test or ask your own question.