How to find the significance of different levels of an interaction in a generalised linear mixed model?

When I run "anova(model)" it gives me the values for only one level of each variable, i.e. SiteA:SexMale. How can I get the significance of other levels in the interaction, i.e. SiteB:SexFemale? 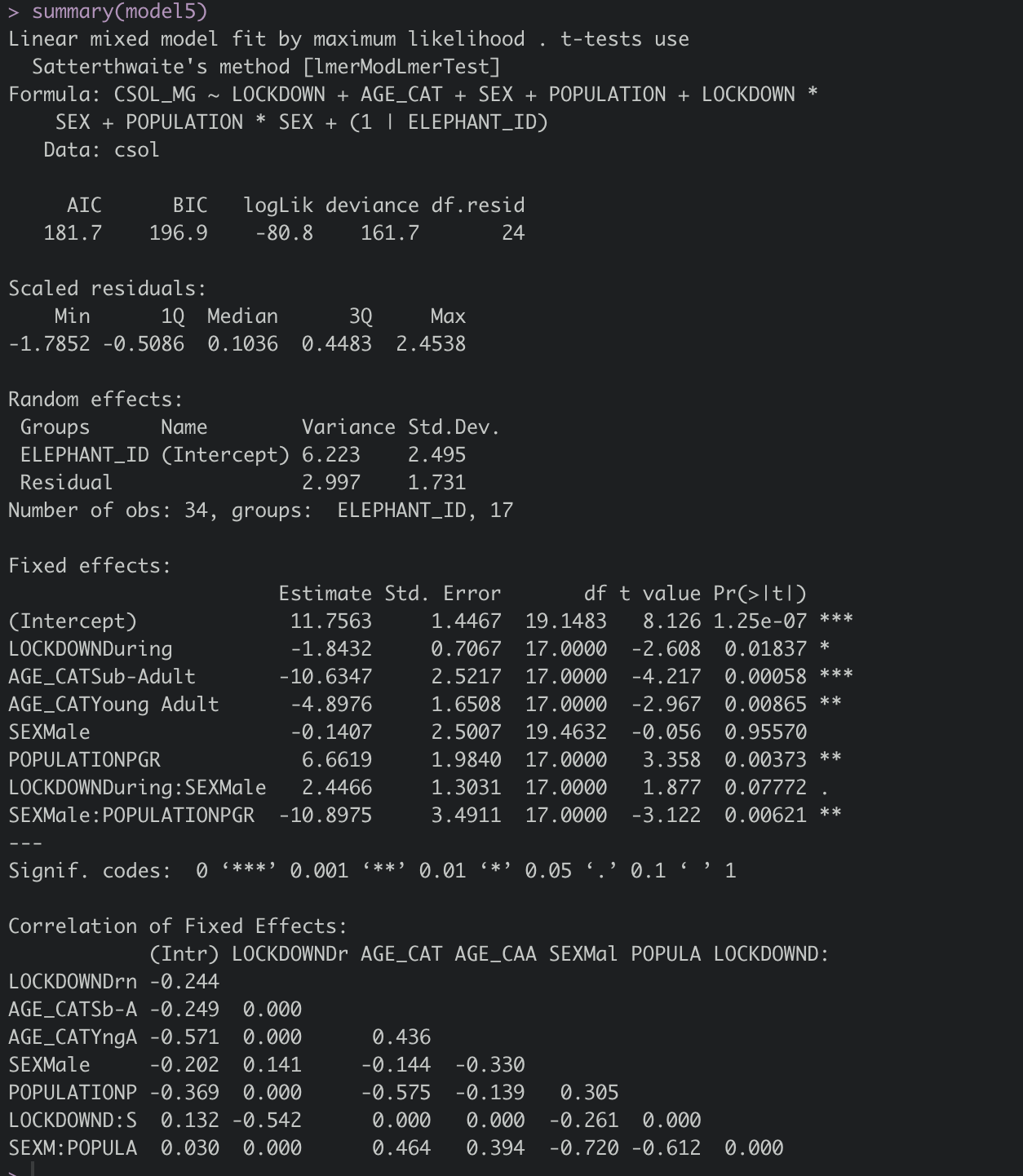 Although the standard output of coefficient estimates thus shows fewer values than you have combinations of predictors, the information is still in the model to get predictions and standard errors/p-values for any combination of predictor values, or for differences between predictions. This can be done by hand by combining the coefficient estimates, the covariance matrix of the estimates (not shown in the display, but included in the object produced by the model), and the formula for the variance of a weighted sum of variables. It's simpler to use other software tools like the R emmeans package or the linearHypothesis() function in the car package.

The anova() output evaluates the overall association of the predictor or interaction with outcome. For example, the single anova() report for AGE_CAT is for the combined association of all levels of that predictor with outcome, while the 2 individual coefficients reported in the first display are for differences in outcome associated with each, versus the reference level. You should be aware that there are different types of anova() that can give different results. See this page for an introduction.

I had a similar question in this post and answered my question. Please review it for further explanation.

You can use car::Anova function:

If an interaction exist (for example, LOCKDOWN * SEX), you can use emmeans function to detect difference:

Not the answer you're looking for? Browse other questions tagged mixed-model anova generalized-linear-model p-value interaction or ask your own question.

0
Post-hoc test after a GLM with binary data
0
Centering variables for interaction, continuous x catagorical (2 levels)
4
"Joint" dummy variables for two different variables
2
linear mixed model: visualising fixed effect and interaction with continuous variable (with confidence interval)
6
Analysis for a design with variation among and within trees
1
Is the linear mixed-effects model the right choice for analysing my data?
2
Does the one-tailed vs two-tailed argument apply in GLMs (i.e. Wald test) in the same way it would in a Student’s t-test?