I have a time-series data (Fig 1) that clearly look non-stationary on visual analysis. There is a clear trend and seasonality in the time series as shown in the Final figure below. But the ADF test and ACF/PACF show a Stationary time series.

My understanding and interpretation of the results are that over the course of the series, it maintains a mean and variance and hence statistical properties of a Stationary time series !!

Also, I read that the non-stationarity in time-series causes difficulty in prediction. But the LSTM model that I have created with this series (which look non-stationary visually, but comes out to be Stationary statistically), predicts pretty accurately. Is it because the LSTM captures the non-linearity pretty well as compared to the ARIMA models?

ACF and PACF charts: The chart shows the stationarity as well! ACF chart touched Zero, not instantaneously, but relatively quickly! (AM I STUDYING THE ACF CORRECTLY)? 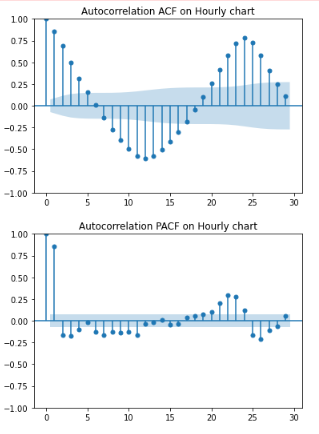 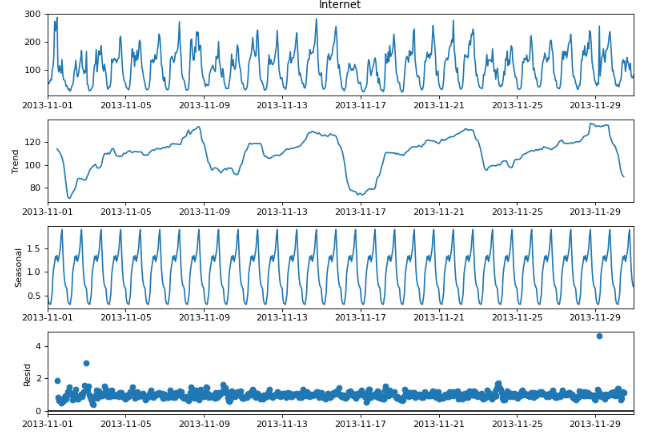 ACF and PACF are not tests per se, and they only reveal autocorrelations but may miss other traits of nonstationarity such as nonconstant variance. ACF and PACF indicate 24-period seasonality; no surprise given that your data seems to be hourly.

However, when adjusted for seasonality, your series might be stationary. Perhaps auto.arima (available from the forecast package in R; there is a counterpart in Python, too) or a similar algorithm will find a stationary model that is statistically adequate.