What does the residual higher level variance tell me?

I have a multilevel logistic regression model predicting the probability of item nonresponse, where the random intercept variance at country level takes on the following distribution for the different countries (unconditional model): 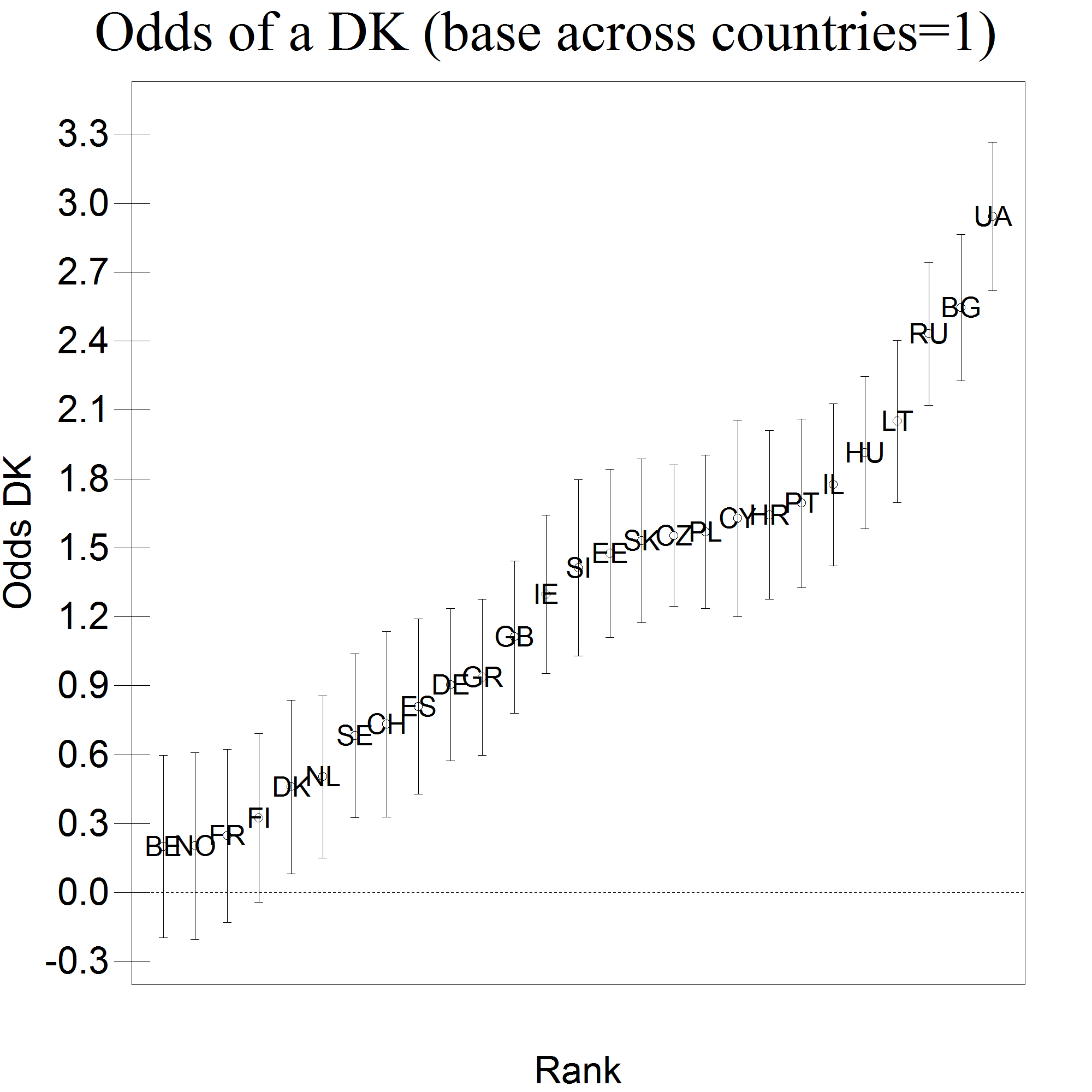 Given the country codes Belgium (BE), Bulgaria (BG), Croatia (HR), Cyprus (CY), Czech Republic (CZ), Denmark (DK), Estonia (EE), Finland (FI), France (FR), Germany (DE), Greece (GR), Hungary (HU), Ireland (IE), Israel (IL), Lithuania (LT), Netherlands (NL), Norway (NO), Poland (PL), Portugal (PT), Russian Federation (RU), Slovakia (SK), Slovenia (SI), Spain (ES), Sweden (SE), Switzerland (CH), United Kingdom (GB) and Ukraine (UA) it is clear there is a trend of the Western countries having a lower odds and the Eastern countries having a higher odds compared to the average, with Portugal defying this trend. I assume this variance is due to differences in composition of the population and specific country characteristics. Entering some demographic variables to predict the odds (age, gender, education) not much of the country variance in explained, except that Portugal now follows the trend West vs East better. Could this mean that for Portugal the higher odds were due to composition effects, but less for the other countries? 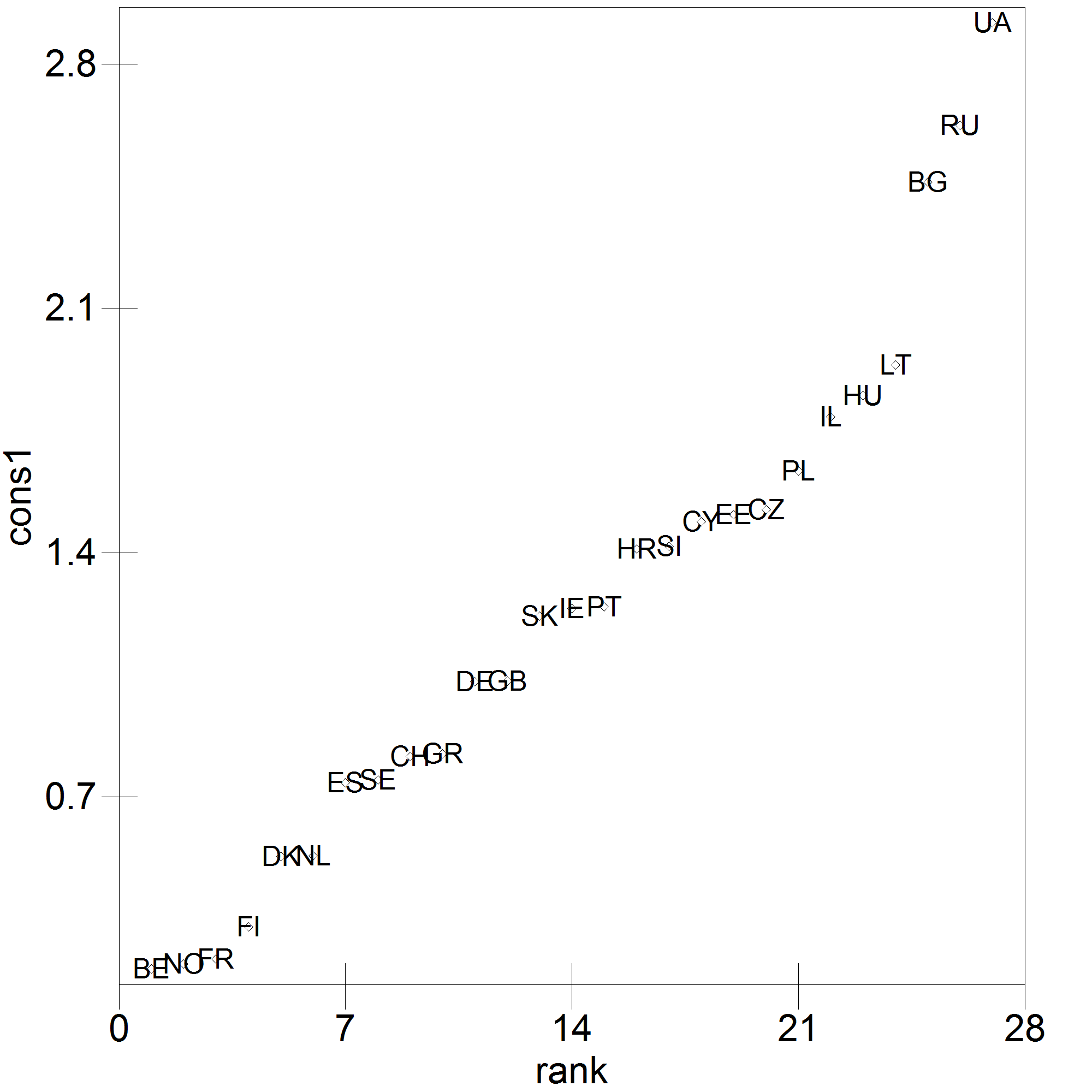 Then I also add a country variable: mode of administration (PAPI = paper and pencil interview and CAPI = computer assisted interview). This explains a lot of the variance in odds between the countries, and removes a bit the West-East trend: 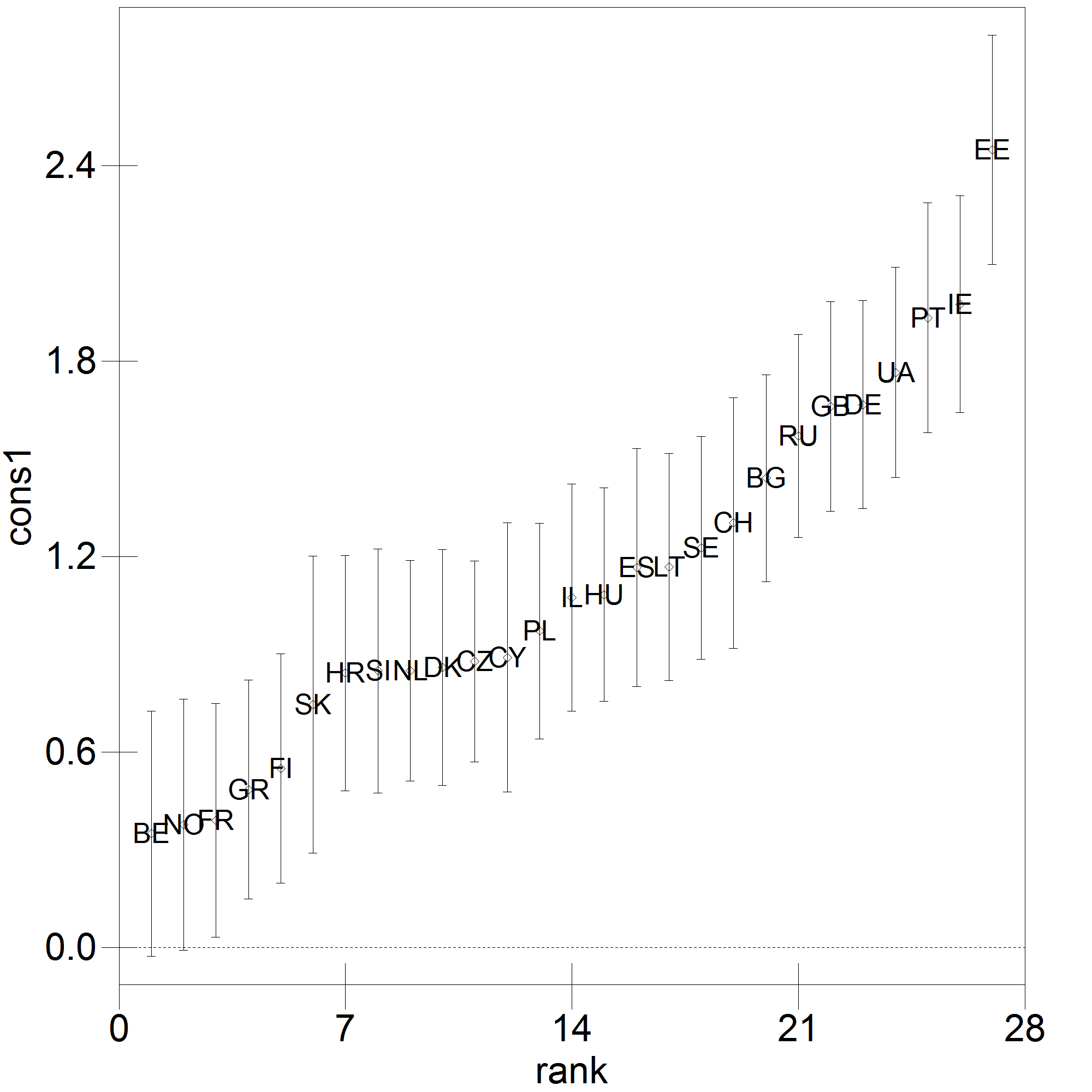 Is it possible that my predictor 'mode' is not related to the odds, but actually explains away the variability because it makes a clear distinction between the Eastern and Western countries?

It could be possible. If you code an east-west variable, a simple binary variable. Check it's correlation with your mode variable. If they are very highly correlated, then multicollinearity may be at play. i.e. your mode variable may in fact be explaining away the east west divide.

Not the answer you're looking for? Browse other questions tagged regression mixed-model variance residuals or ask your own question.