What does UMAP do on a 3d data? 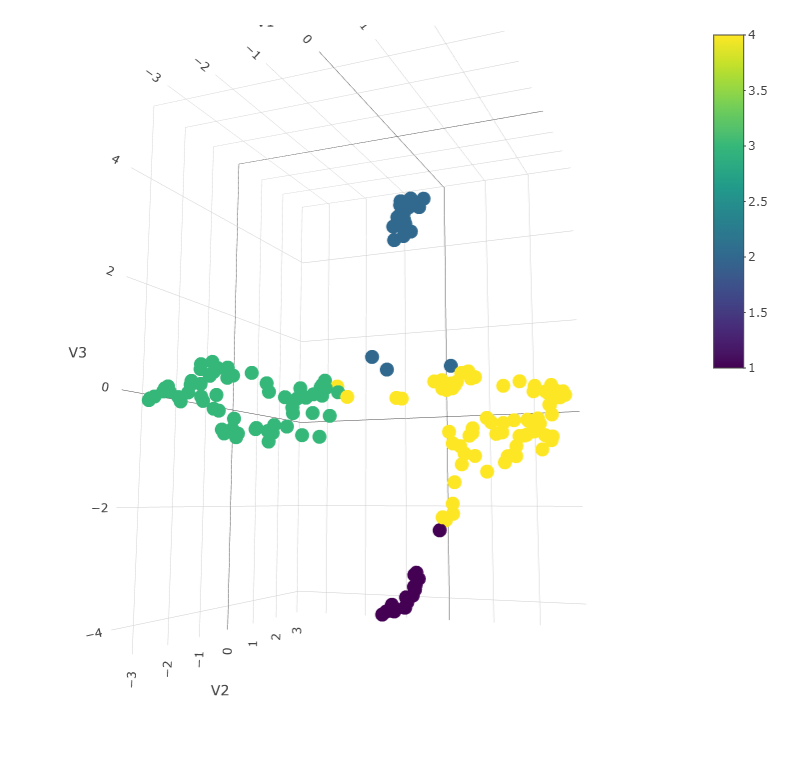 Then I just plotted the data in 3d to see how it differs from UMAP and here is the result: 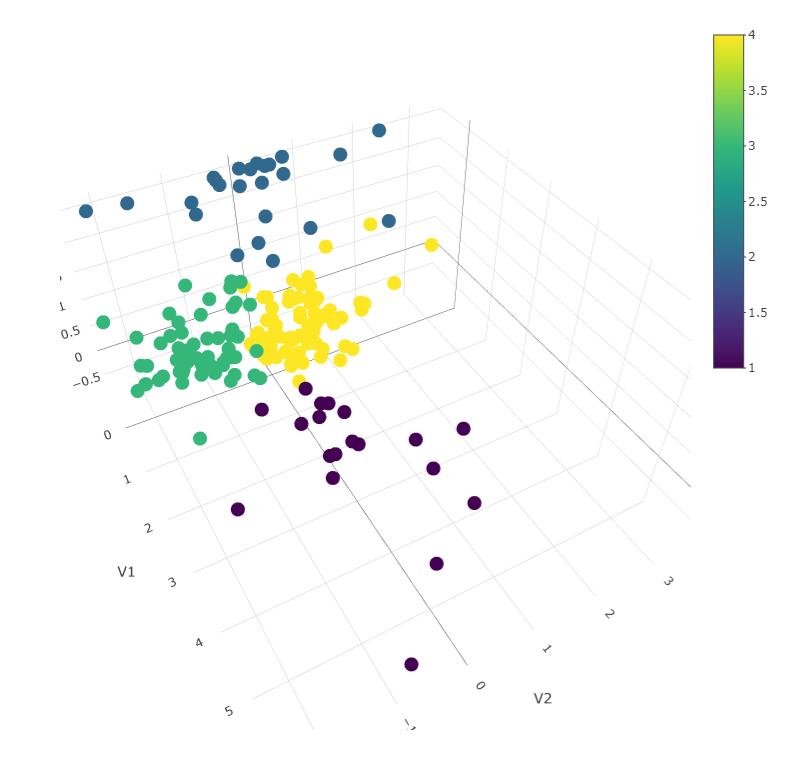 As explained here, UMAP creates a nerve for the original dataset and then tries to embed this nerve into the target space while preserving the nerve weights as well as possible. This is an optimization problem that is solved iteratively.

Unfortunately, from the three-dimensional plots, it is not possible to judge how the result of UMAP has changed the data other than by a mere orthogonal transformation. But changes are usually due to

3
PCA vs. Spectral Clustering with Linear Kernel
0
What is the best approach of clustering if you know number of elements in each cluster?
5
Understand important features in UMAP
2
Geometric significance of the dimensional reduction part of spectral clustering?
0
How should I do clustering when I have a mix of single-element and time series features?