I am running through the diagnostics of two logistic regressions and two equivalent GLMMs with their only differences being crossed random effects (intercepts only). The output for the diagnostics look problematic, and I was curious from others here whether or not the random model is appropriate at this point. Many of the functions that compute these values give warnings about "these may not be appropriate for GLMMs", but I'm not sure how else to piece apart how well the model is doing.

Most bizarre of the diagnostics I've run so far are the density of the residuals: 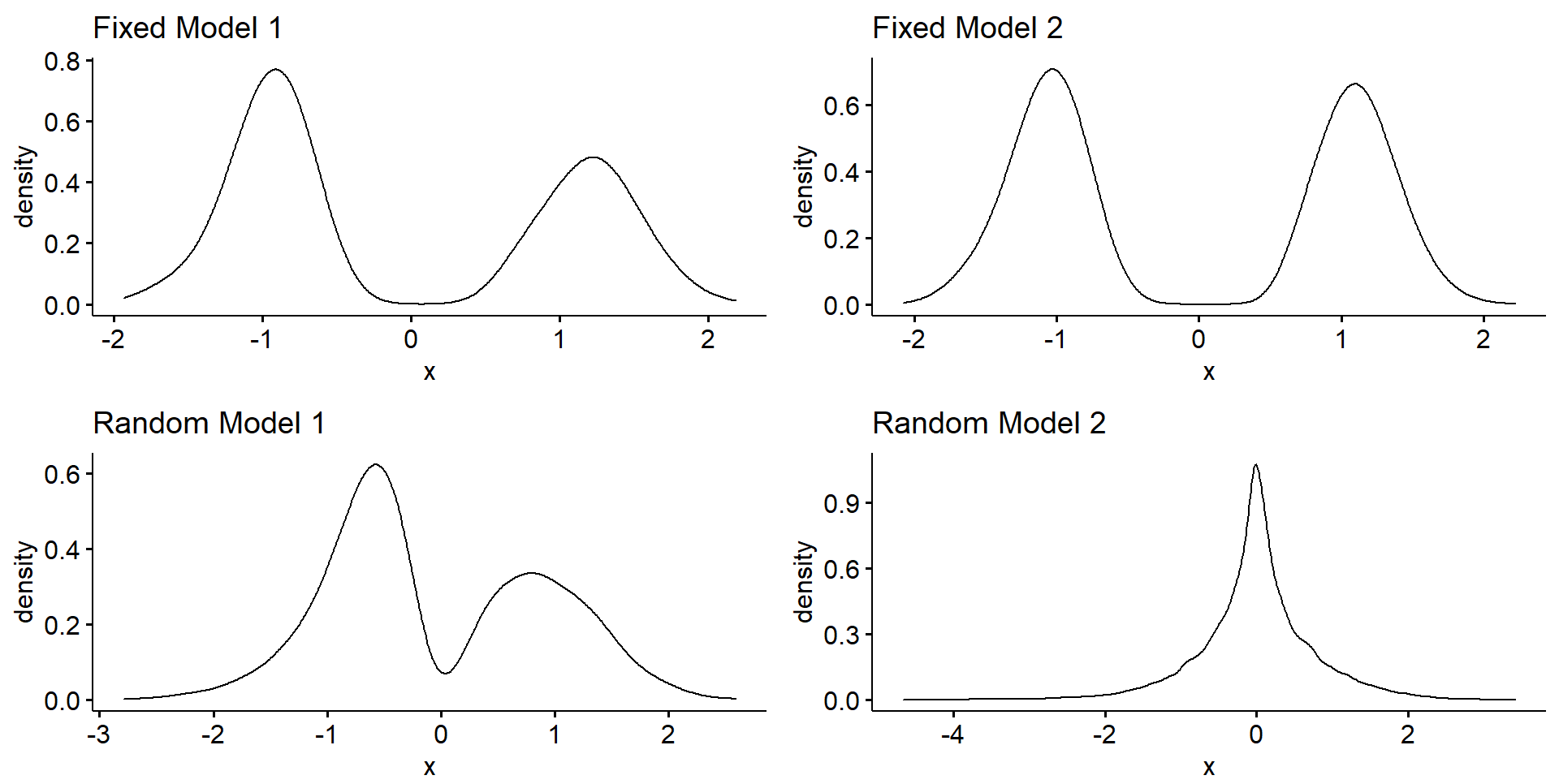 Next, I looked at the outliers of the model. First the fixed effects model leverage of data points, which looks very precise and has not outliers: 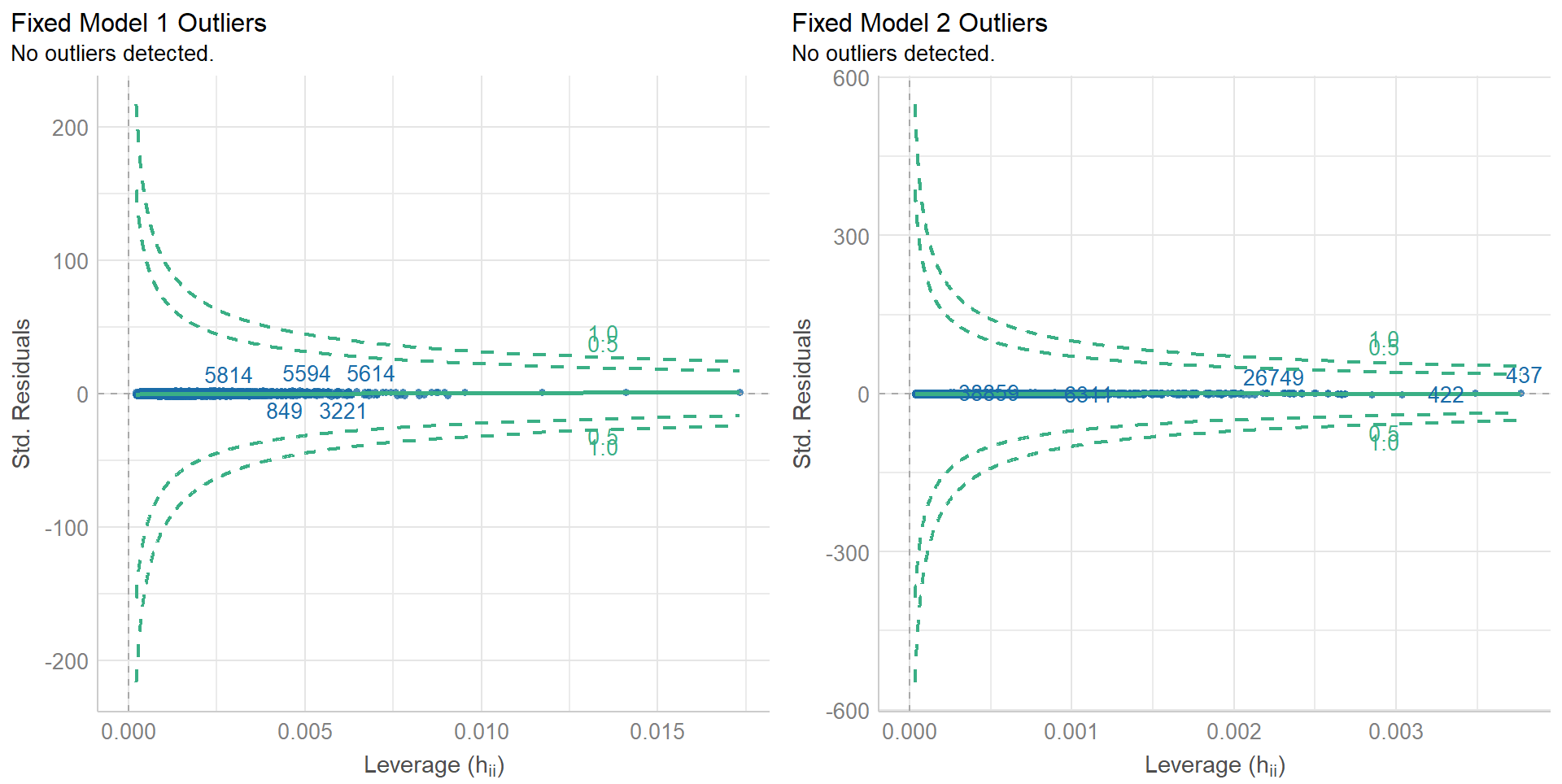 And the random models: 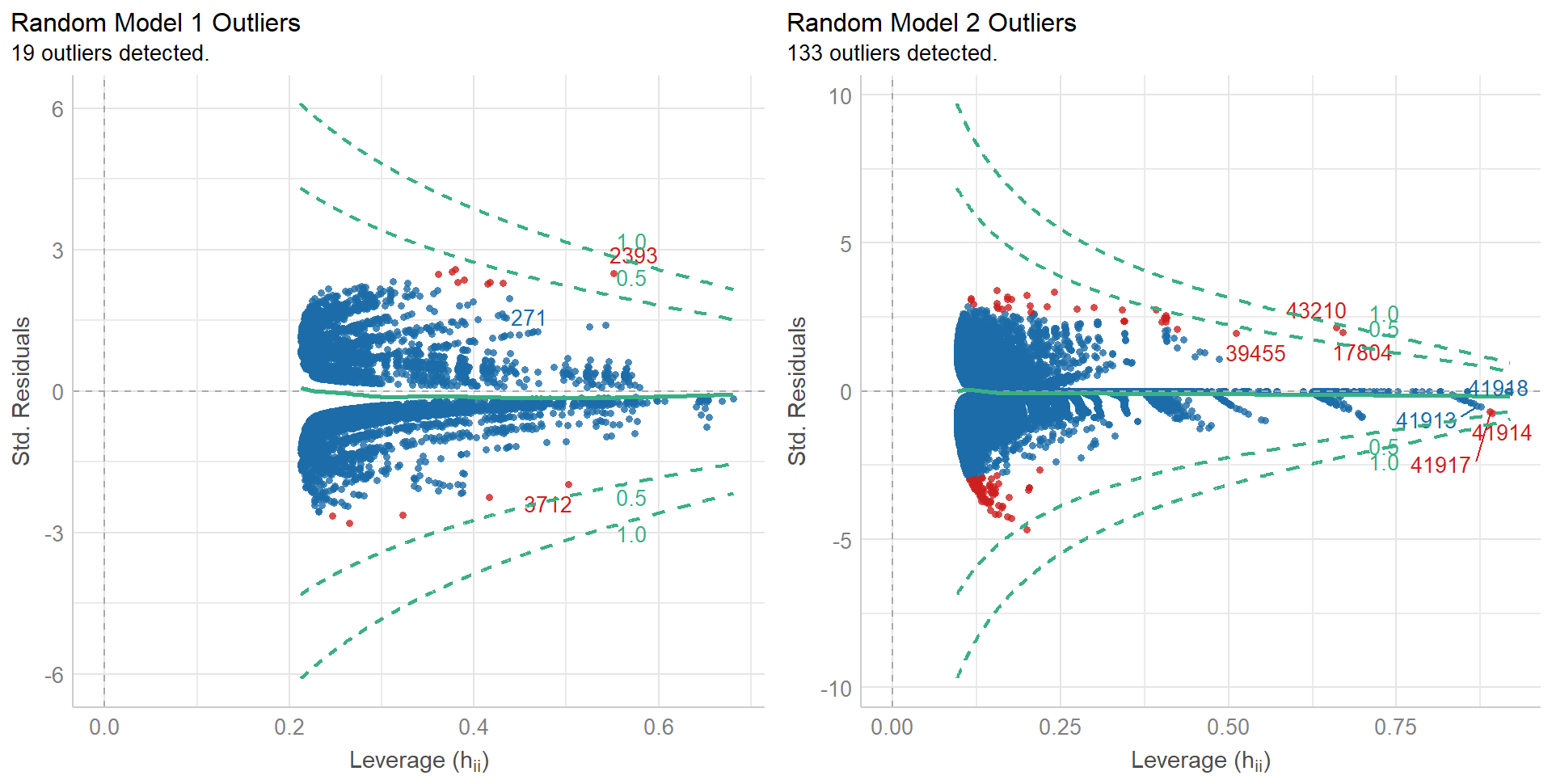 Then Cook's distance for the fixed and random models seems to indicate that the random models are fairly extreme, some distances in the thousands: 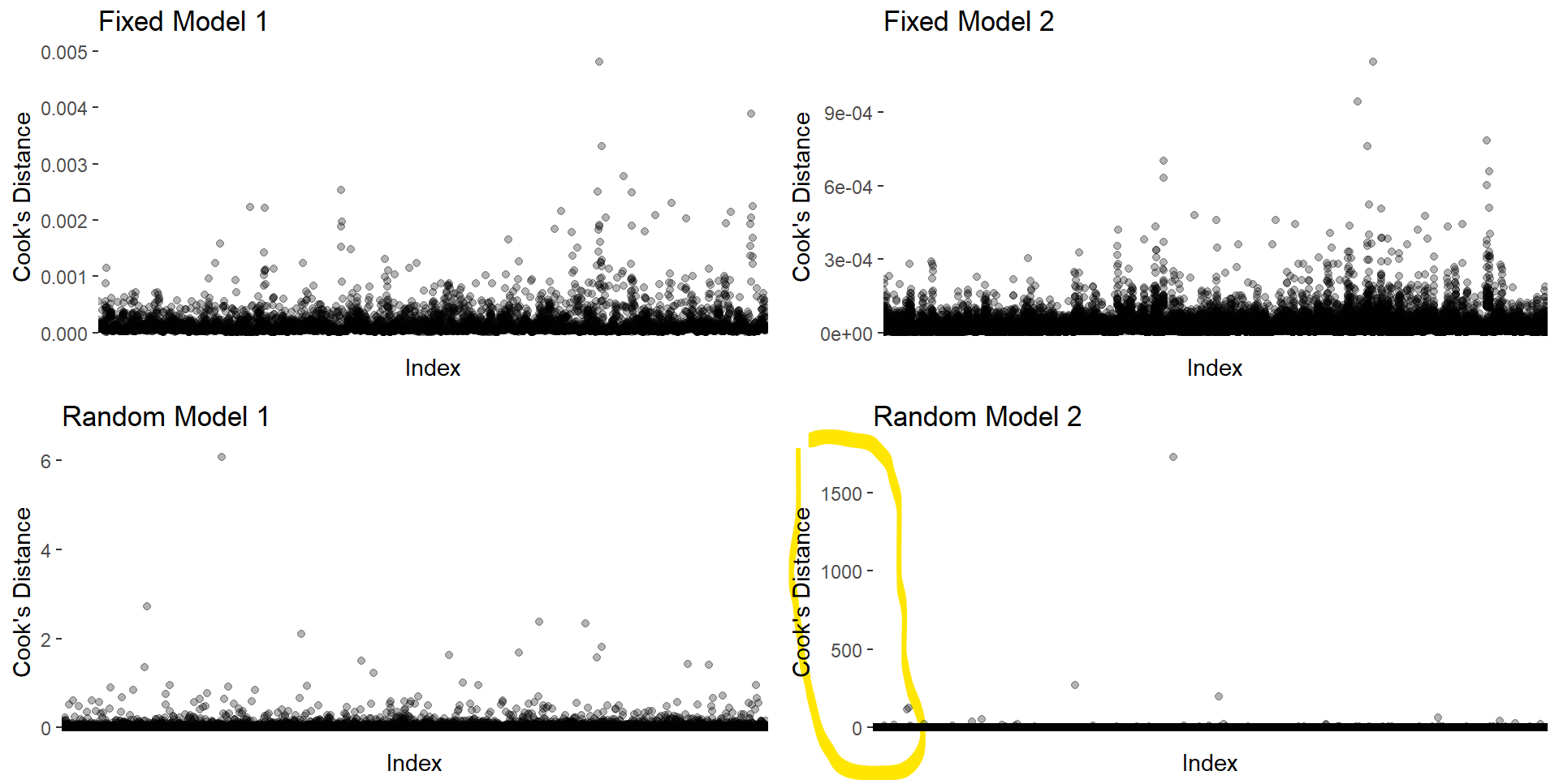 Another bizarre feature of the models is that the RMSE is actually lower in the random effects models compared to the writing models despite the large fluctuation in residuals and outliers:

The random model is too complex in my opinion and may not be able to estimate much variance the way it is specified. The random models look something like this, with all of the predictors centered and scaled with the scale function:

Perhaps it is misspecified? Perhaps the functions I am using are truly not useful for GLMMs? Any answers would be appreciated. For the record, most of what I am using is from the performance package, but some of this is basic R, such as the Cook's distance and density plots.

After doing a decent amount of reading, typical residual inspection done in Gaussian regression and lmer models that handle Gaussian data is no issue, but because I am running a GLMM, the residuals have to be inspected in a different way.

Thankfully, the DHARMa package has some useful ways of approaching this, including some nice plots that are easy to obtain:

There are also tests of outliers that are equally easy to run: