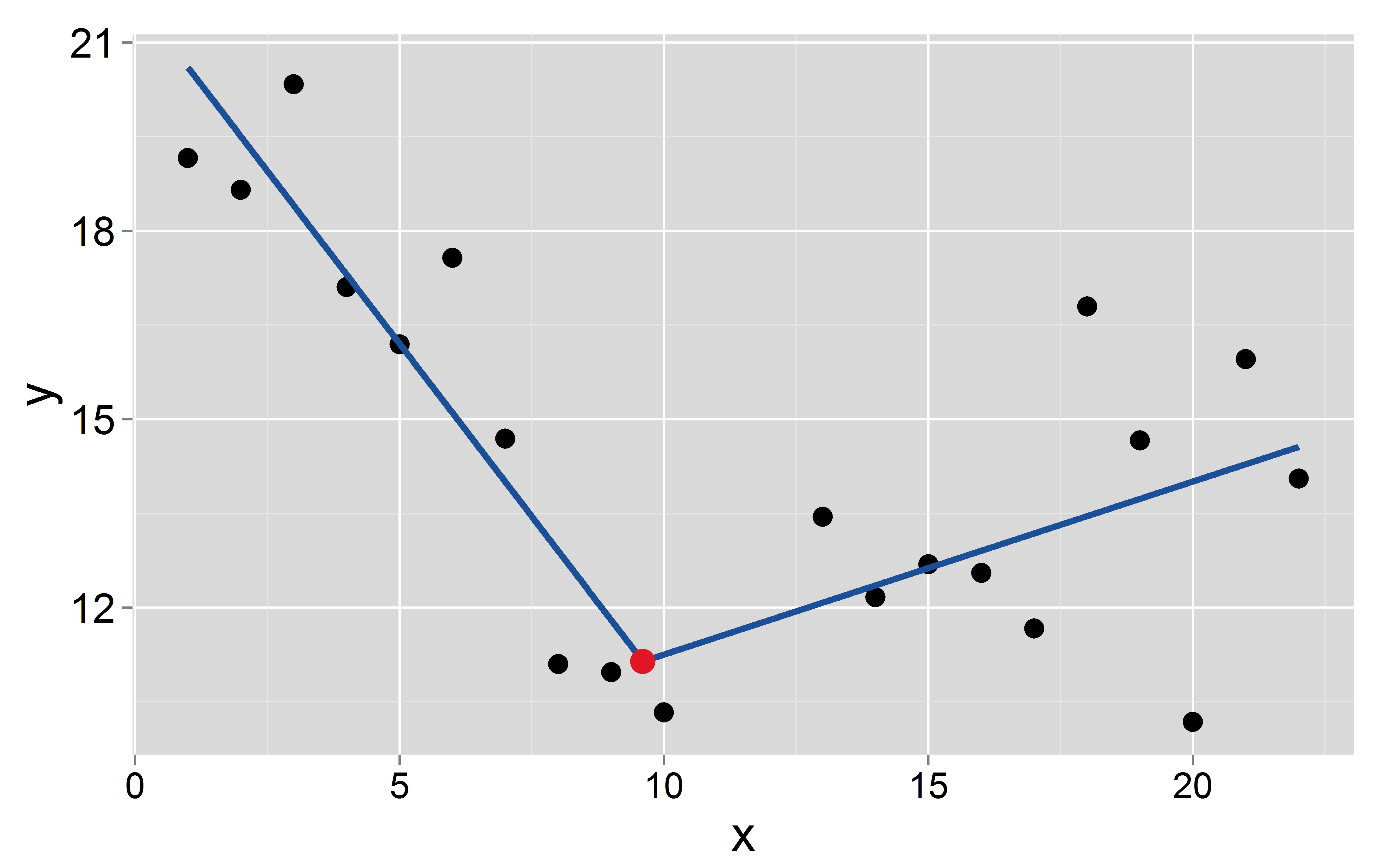 The intercept is a little harder, but it's a linear combination of coefficients (involving the knots).

Can the model be reparameterized to do this in one calculation?

Well, yes, but it's probably easier in general to just compute it from the model.

2. How to calculate the standard error of each slope of each segment?

Since the estimate is a linear combination of regression coefficients $a^\top\hat\beta$, where $a$ consists of 1's and 0s, the variance is $a^\top\text{Var}(\hat\beta)a$. The standard error is the square root of that sum of variance and covariance terms.

e.g. in your example, the standard error of the slope of the second segment is:

3. How to test whether two adjacent slopes have the same slopes (i.e. whether the breakpoint can be omitted)?

This is tested by looking at the coefficient in the table of that segment. See this line:

That's the change in slope at 9.6. If that change is different from 0, the two slopes aren't the same. So the p-value for a test that the second segment has the same slope as the first is right at the end of that line.

My naive approach, which answers question 1:

But I'm not sure if the statistics (in particular degrees of freedom) are done correctly, if you do it this way.

Not the answer you're looking for? Browse other questions tagged r regression standard-error piecewise-linear or ask your own question.