What is the proper way to measure error in collected data for calibration purposes?

I got into a discussion with a colleague today about some of our data sensors. Our sensors weigh objects anywhere from 10 to 100 tonnes. currently we calculate the error as:

The problem is that if the error is consistent in terms of value, the percentages aren't. For example (fictitious data):

My point was that estimating the error in such a way for our sensors is incorrect since the real issue is that they're off by x amount and not necessary off by a percentage.

Question: In situations such as the example above, what would be a, or some of the, way(s) that the error in measurement could be measured in?

The context of the error is to solve the calibration of the sensor itself. The idea is to calibrate the field sensor to return a value that is very close to the true weight, so that over the year or so the sensor is in the ground, it stores as accurate and precise of weights as possible

I am suggesting the following:
Try to find the pattern of the error produced by your sensor ranging from 10 tons to 100 tons objects.

You would need as many samples as it was possible to capture the variation of the error in all classes of weight.

Let's suppose you could find a pattern of error (see figure below). Just as an example, look to the series "d". As you said, the absolute error is constant (% errors are not). 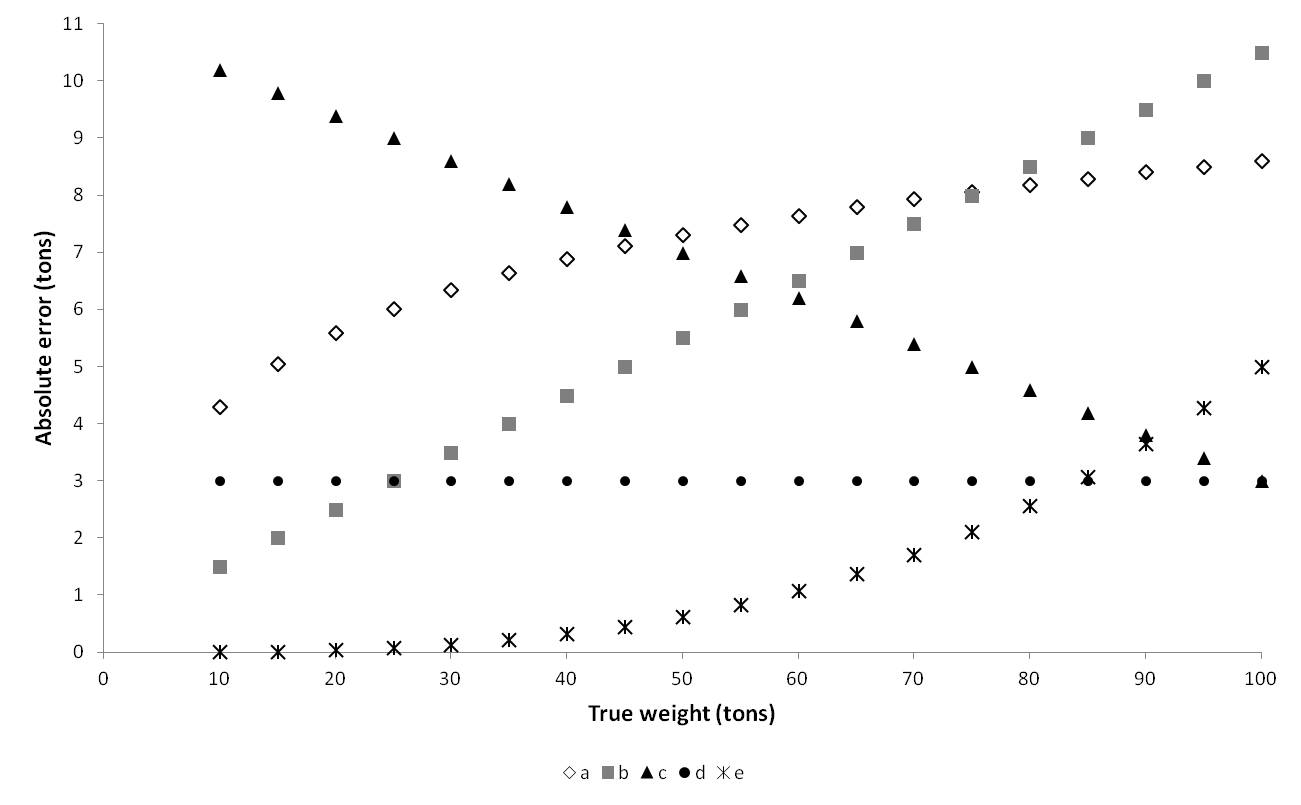 Off course, the scatter plot is just an very simplified example to illustrate the patterns, but to build the model you would need lots of observations (do not know how many) to sample all classes of weight (e.g. 18 classes with 5 tons of interval).

Not the answer you're looking for? Browse other questions tagged measurement-error or ask your own question.

0
What conditions ensure that the standard deviation is a good measure of error?
1
Measure of accuracy or measure of agreement for continuous data with true values
16
If "Standard error" and "Confidence intervals" measure precision of measurement, then what are the measurements of accuracy?
0
What metric to use for calculating the average percent error?
1
Asymmetric error measure for forecasts