I would like to introduce two supplementary variables into a PCA I'm conducting on a set of data measuring concentration in different material phases.

However I'm unclear as to how to interpret the correlation of the "supplementary" variables to the principal component (as opposed to how I would interpret active variable loadings, and eventually the relationship between the PC and the scores).

Clearly the factor loadings and sq. cosines of the variables are different depending on whether I treat them as active or supplementary. Specifically when variable "A" and "B" are included as active variables they have a strong correlation with PC2, but when treated as supplementary they do not link well to the first few PCs (and explain very little of the total variance). Based on my current understanding, the two different scenarios impact my interpretation of the scores.

I realize this is likely a simple question, but would appreciate any help to clarify my understanding so I can make sure I proceed correctly.

more info here are poor quality charts - I will try and improve them. The first shows the red points as the active variables, and the second poor quality image shows the 3 variables treated as supplementary variables. I believe the scales are similar. The factor loadings and sq. cosines are different of course. 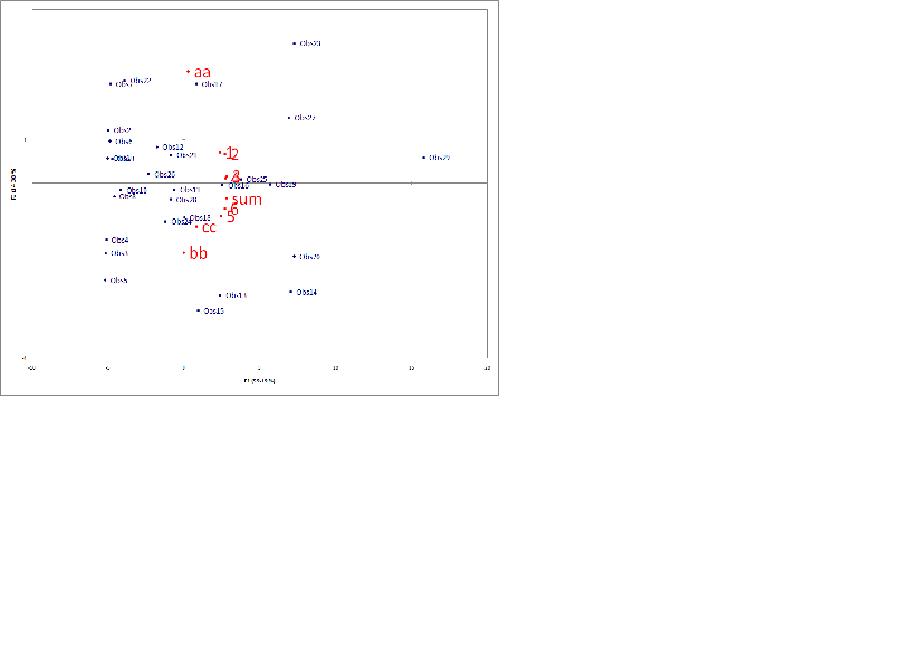 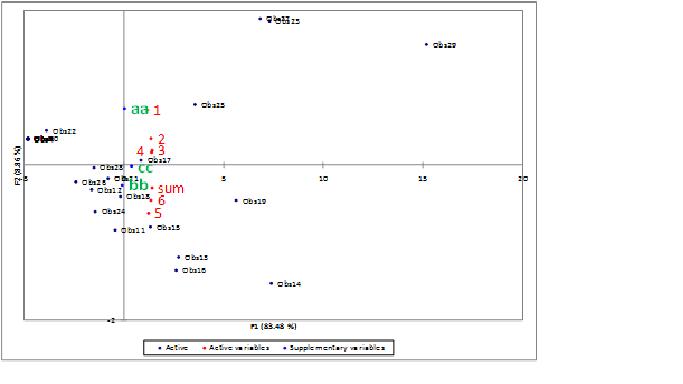 Browse other questions tagged pca interpretation eigenvalues biplot or ask your own question.

0
Difference in Variance of factor scores for supplementary and active observations PCA
0
Score Variance of supplementary individuals in PCA
14
How to interpret PCA loadings?
11
What is the difference between “loadings” and “correlation loadings” in PCA and PLS?
3
How to interpret this PCA biplot?
2
Rotation to get equal loadings in the first principal component or factor
1
PCA Interpreting strong negative and positive loadings