Is there a situation under which the distribution of p-values is skewed towards 1?

Is there a situation under which the distribution of p-values is skewed towards $1$?

It is also possible to have the effect in practice, when the null hypothesis is true but not all the assumption for the test are given. For example, the classical (non Welch) t-Test assumes equal variance in both groups. In the case that both groups are equally sized a violation is usually not that bad, otherwise the null distribution gets skewed.

Some R Code for experimentation:

The example shown is the case where the larger group has higher variance. Note that a skewing of the null distribution towards 1 indicated the test is too conservative so results in more Type II Errors and skewing towards 0 gives too many false positives (Type I error).

That can happen in a one-sided test when your "true" parameter is inside the region of the null hypothesis but not on the boundary. Consider the following example in Stata where the "true" parameter (in this case mean) is 1: 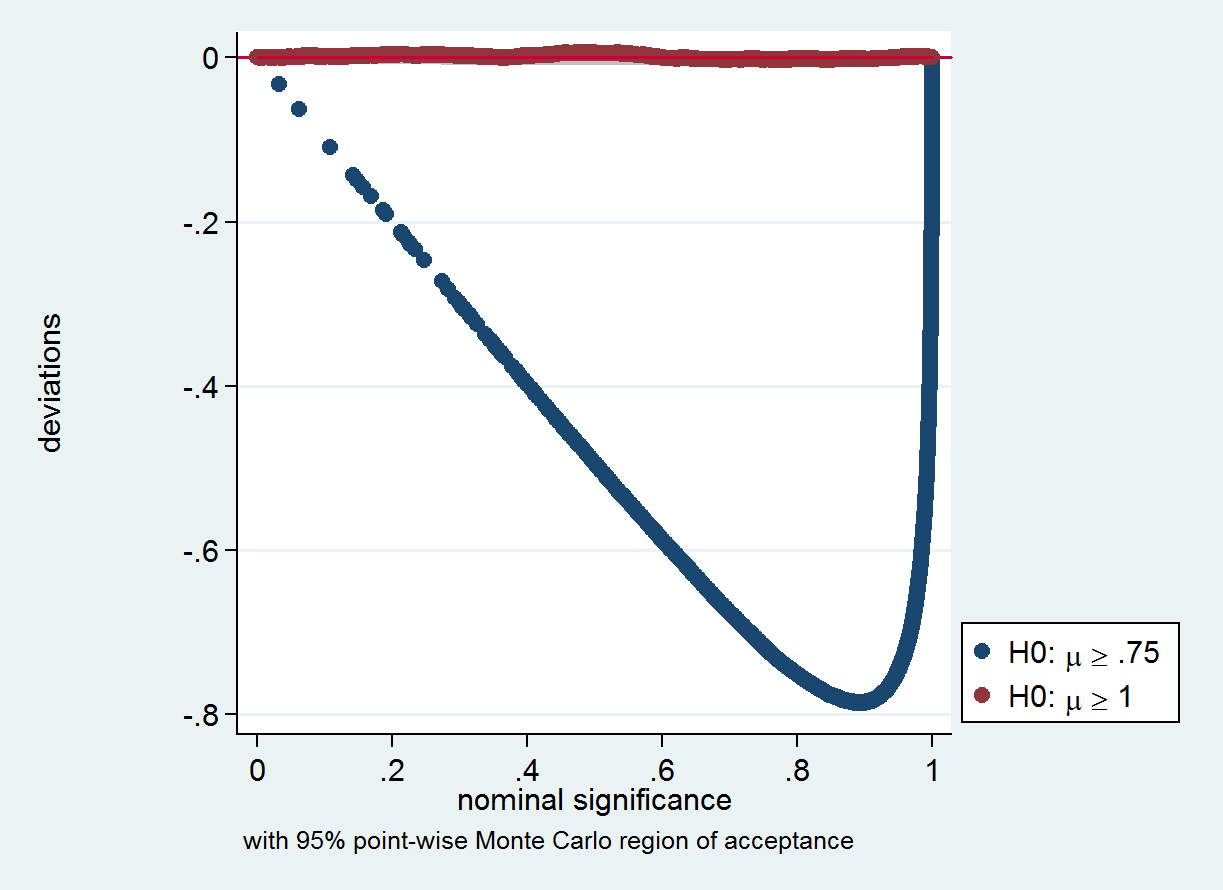 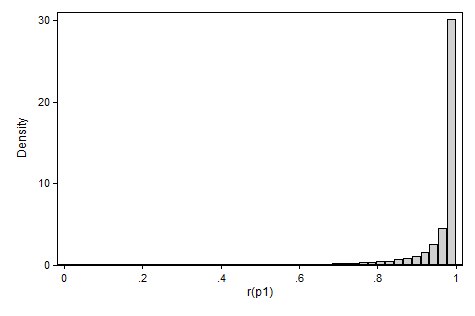 6
Interpretation of p-value histogram for differential methylation analysis: what can explain prevalence of large p-values?
4
Cumulative distribution of p-value