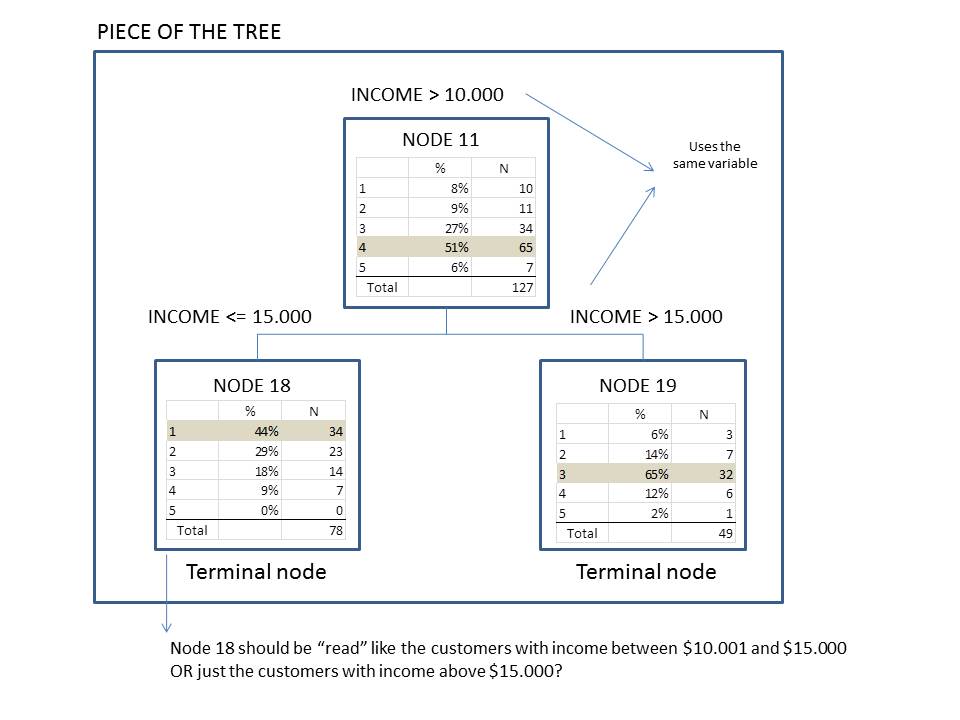 First, you are using "terminal node" incorrectly. The terminal nodes are the ones at the bottom of the tree that are not split.

Not the answer you're looking for? Browse other questions tagged predictive-models cart or ask your own question.

1
Decision tree output -- learning
16
How should decision tree splits be implemented when predicting continuous variables?
0
Should CRT decision tree node be mutually exclusive?
4
Residual plot for regression tree: What should it look like?
1
How splits are calculated in Decision tree regression in python