How is the 95% in 2 standard deviations above different than 95% confidence interval?

Is there a difference between the two uses of 95% in:

They are different, but connected.

In a 95% significance test, you reject the null hypothesis if your test statistic is one of the 5% most extreme values that could be seen, assuming the null hypothesis to be true. The regions corresponding to the extreme values are defined in advance and are fixed, i.e. they don't depend on the data you collect. In the diagram below, with a standard normally distributed test statistic $z$, this corresponds to $z$ being to the left of the leftmost red line or to the right of the rightmost red line, i.e. more than 2 standard deviations away from the mean (0). Notice that the area of under the curve represents probability, and the area under the curve of the most extreme regions is (approximately) 5%. 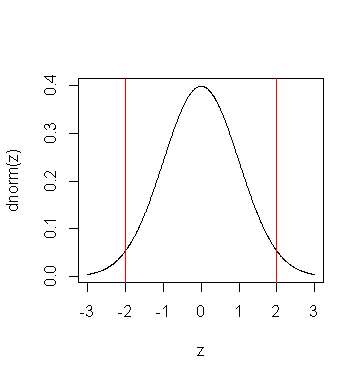 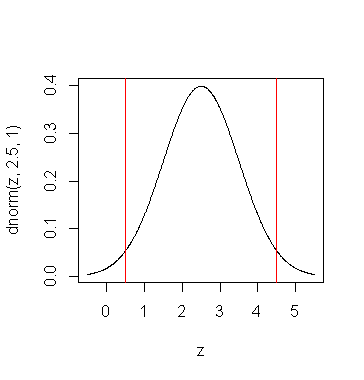 Formally, you can derive confidence intervals from significance tests using something called the Test Inversion Lemma.

Not the answer you're looking for? Browse other questions tagged statistical-significance confidence-interval standard-deviation or ask your own question.