I have a time series I am trying to forecast, for which I have used the seasonal ARIMA(0,0,0)(0,1,0)[12] model (=fit2). It is different from what R suggested with auto.arima (R calculated ARIMA(0,1,1)(0,1,0)[12] would be a better fit, I named it fit1). However, in the last 12 months of my time series my model (fit2) seems to be a better fit when adjusted (it was chronically biased, I have added the residual mean and the new fit seems to sit more snugly around the original time series. Here is the example of the last 12 months and MAPE for 12 most recent months for both fits: 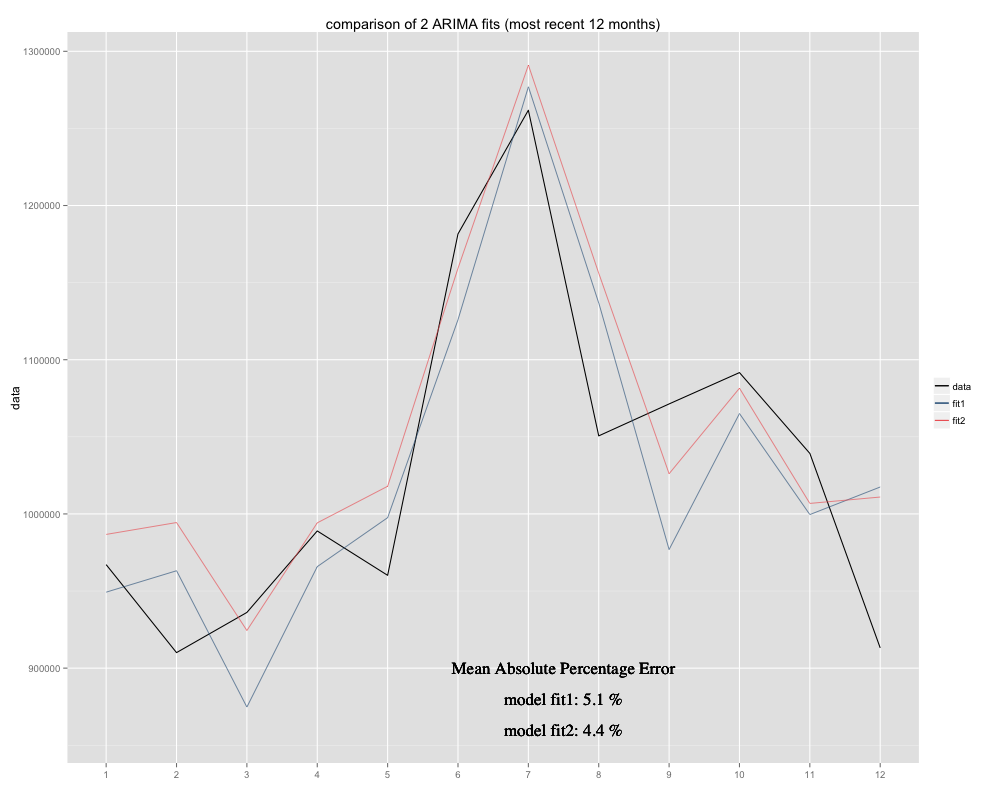 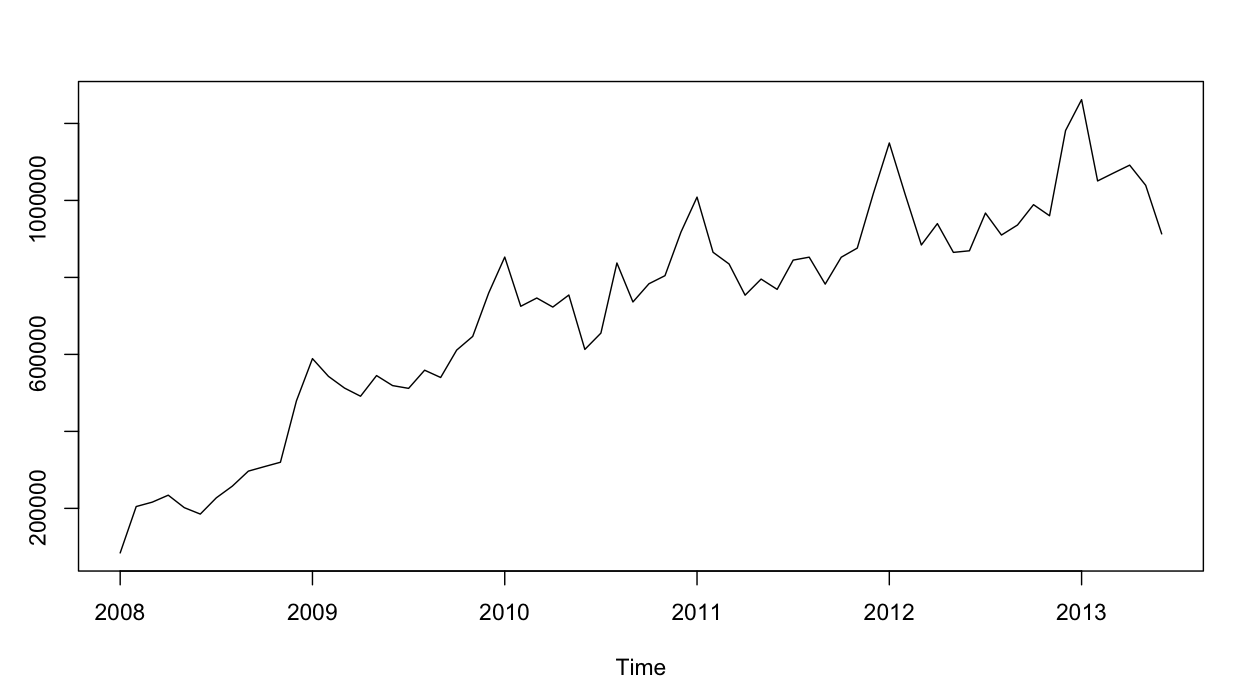 So far so good. I have performed residual analysis for both models, and here is the confusion. 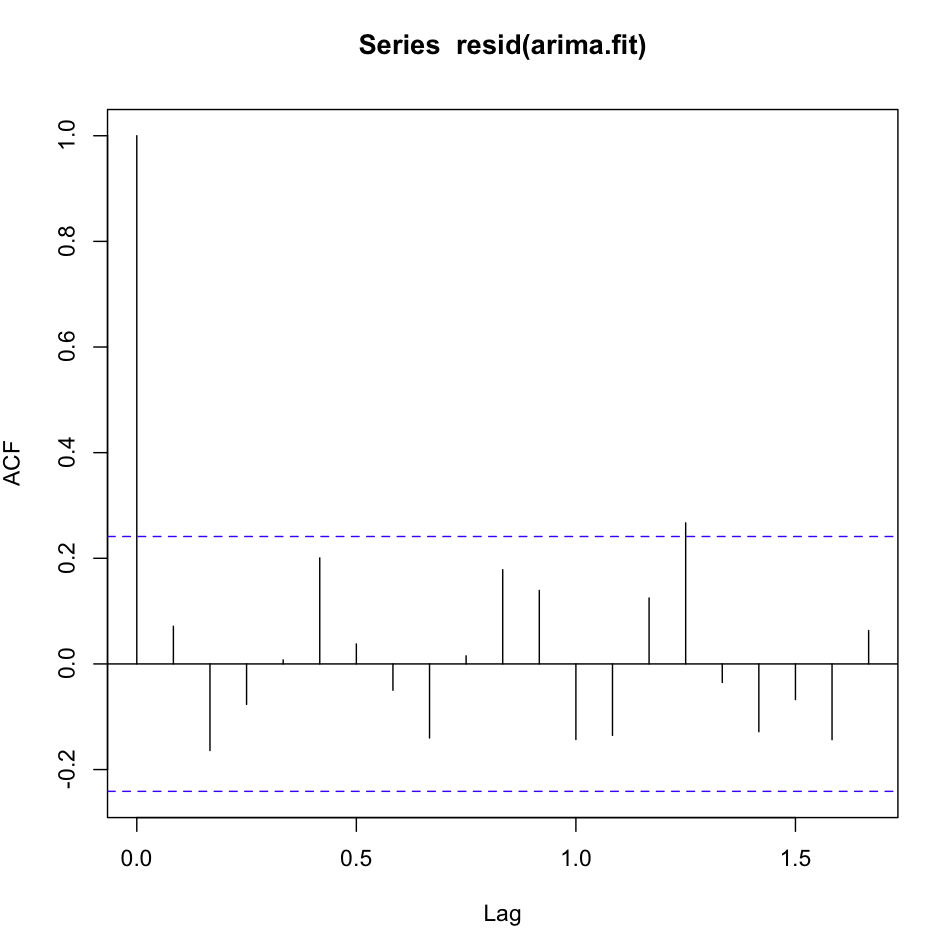 However, Ljung-Box test doesn't look good for , for instance, 20 lags:

I get the following results:

To my understanding, this is the confirmation that the residuals are not independent ( p-value is too big to stay with the Independence Hypothesis).

However, for lag 1 everything is great:

gives me the result:

Either I am not understanding the test, or it is slightly contradicting to what I see on the acf plot. The autocorrelation is laughably low.

Then I checked fit2. The autocorrelation function looks like this: 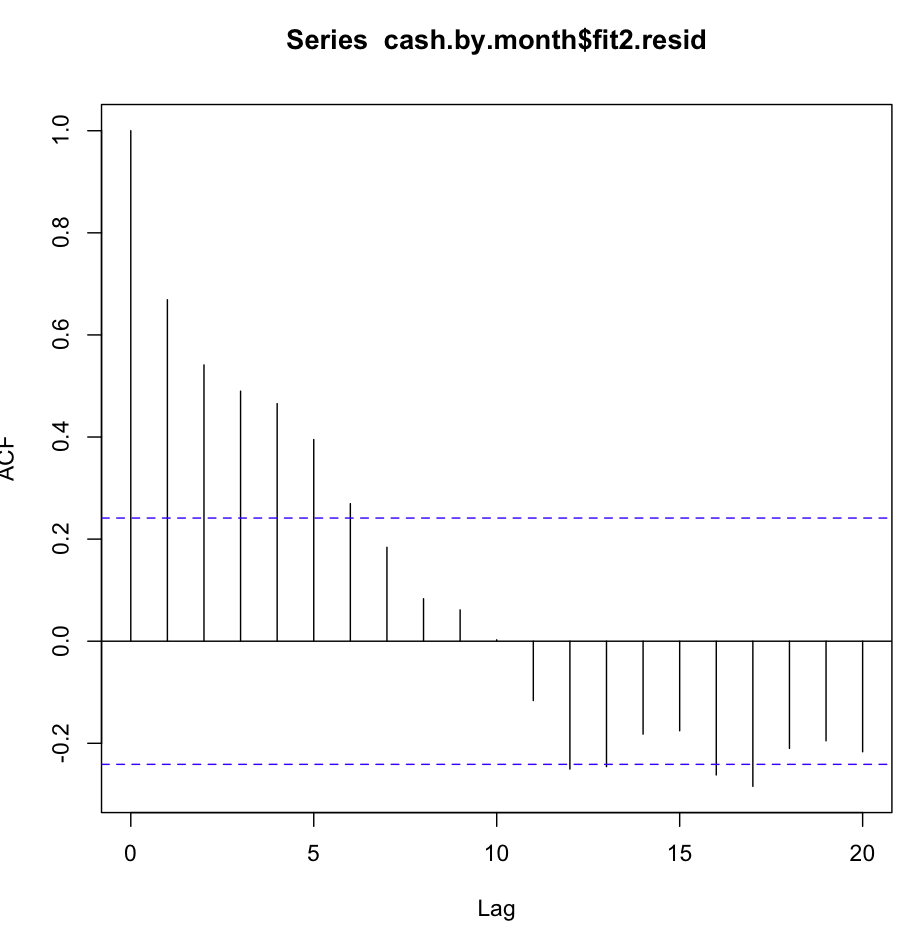 Despite such obvious autocorrelation at several first lags, the Ljung-Box test gave me much better results at 20 lags, than fit1:

whereas just checking autocorrelation at lag1, also gives me the confirmation of the null-hypothesis!

Am I understanding the test correctly? The p-value should be preferrably smaller than 0.05 in order to confirm the null hypothesis of residuals independence. Which fit is better to use for forecasting, fit1 or fit2?

Additional info: residuals of fit1 display normal distribution, those of fit2 do not.

Many statistical tests are used to try to reject some null hypothesis. In this particular case the Ljung-Box test tries to reject the independence of some values. What does it mean?

In particular, you can not proof the independence of the values of Time Series using the Ljung-Box test. You can only prove the dependence.

According to the ACF graphs, it is obviously that the fit 1 is better since the correlation coefficient at lag k(k>1) drops sharply, and close to 0.

If you are judging with ACF then fit 1 is more appropriate. Instead of being confused on Ljung test you can still use the correlogram of the residuals to ascertain the best fit between fit1 and fit2

H0: The residuals are independently distributed.

HA: The residuals are not independently distributed; they exhibit serial correlation.

Ideally, we would like to be unable to reject the null hypothesis. That is, we would like to see a p-value greater than 0.05 because this means the residuals for our time series model are independent, which is often an assumption we make when creating a model.