How to read a value-quantile diagram?

I've been reading an article on ACM queue, and got confused by figure 6 (latency distribution of a push-only workload), where the authors used the y axis to display the latency, and the x axis to denote the quantile. 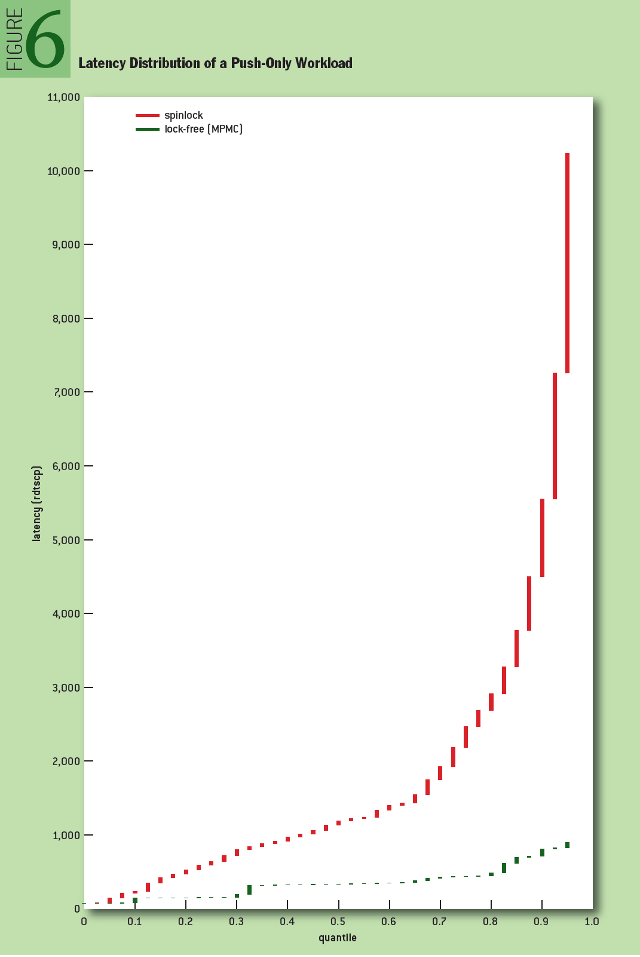 The problem is, I really don't get how to read that plot:

By the way, what is the name of this type of plots?

It is a chart of quantiles, in effect the inverse of the cumulative distribution function.

You can estimate the medians instantly by taking the values when the cumulative probability is $0.5$.

The means would be the areas under the curves, if the data were presented as curves rather than separated blocks. You would need the curve to reach, or to be arbitrarily close to, the right hand side (a cumulative probability of $1$) to calculate the mean.

Not the answer you're looking for? Browse other questions tagged data-visualization computational-statistics or ask your own question.

4
Diagram for correlation and regression
6
What is this kind of tabular relation diagram called?
3
How to read this variable-width chord diagram
4
Many to many flow diagram or an alluvial plot?
3
bar diagram or line diagram?
7
Alluvial plot vs. Sankey diagram
6
What is this chart called?