This may be hard to find, but I'd like to read a well-explained ARIMA example that

My suggested reading for an intro to ARIMA modelling would be

This is aimed at social scientists so the mathematical demands are not too rigorous. Also for shorter treatments I would suggest two Sage Green Books (although they are entirely redundant with the McCleary book),

The Ostrom text is only ARMA modelling and does not discuss forecasting. I don't think they would meet your requirement for graphing forecast error either. I'm sure you could dig up more useful resources by examining questions tagged with time-series on this forum as well.

I will try and respond to the gentle urging of whuber to simply “respond to the question” and stay on topic. We are given 144 monthly readings of a series called “The Airline Series” . Box and Jenkins were widely criticized for providing a forecast that was wildly on the high side due to the “explosive nature” of a reverse logged transformation. 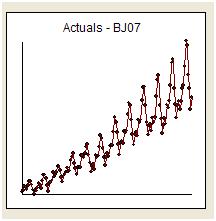 Visually we get the impression that the variance of the original series increases with the level of the series suggesting a need for a transformation. However we know that one the requirements for a useful model is that the variance of the “model errors” needs to be homogenous. No assumptions are necessary about the variance of the original series. They are identical if the model is simply a constant i.e. y(t)=u . As https://stats.stackexchange.com/users/2392/probabilityislogic stated so clearly in his response to Advice on explaining heterogeneity / heteroscedasticty “one thing which I always find amusing is this "non-normality of the data" that people worry about. The data does not need to be normally distributed, but the error term does”

Early work in time series often erroneously jumped to conclusions about unwarranted transformations. We will discover here that the remedial transformation for this data is to simply add three indicator dummy series to the ARIMA model reflecting an adjustment for three unusual data points. Following is the plot of the autocorrelation function suggesting a strong autocorrelation at lag 12 (.76) and at lag 1 (.948). Autocorrelations are simply regression coefficients in a model where y is the dependent variable being predicted by a lag of y. 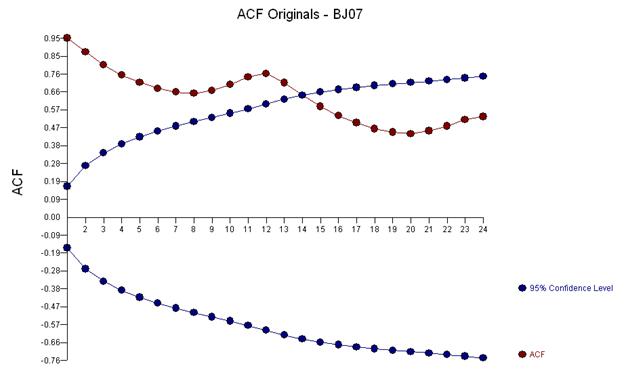 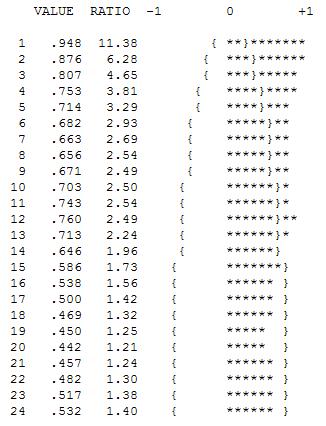 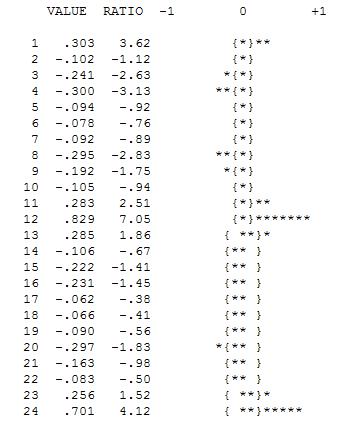 This analysis reconfirms the idea that a strong seasonal pattern exists in the data that could be remedied or modeled by a model that contained two differencing operators . 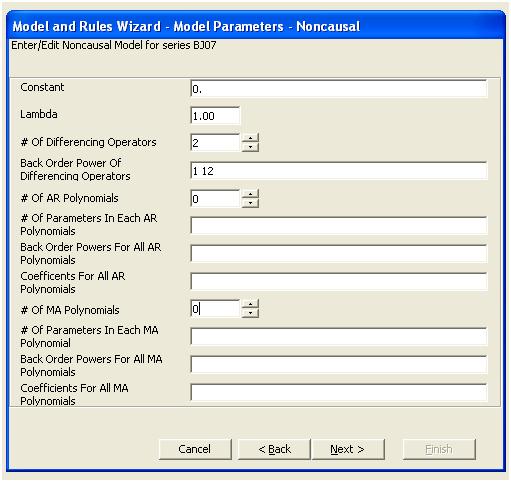 This simple double differencing yields a set of residual a.k.a an adjusted series or loosely speaking a transformed series that evidences non-constant variance but the reason for the non-constant variance is the non-constant mean of the residuals.Here is a plot of the doubly differenced series , suggesting three anomalies at the end of the series. The Autocorrelation of this series falsely indicates that “all is well” and there might be a need for any Ma(1) adjustment. Care should be taken as there is a suggestion of anomalies in the data thus the acf is biased downwards. This is known as the “Alice in Wonderland Effect” i.e. accepting the null hypothesis of no evidented structure when that structure is being masked by a violation of one of the assumptions. 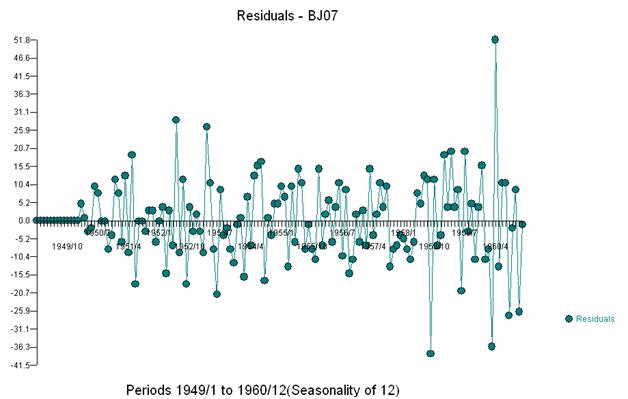 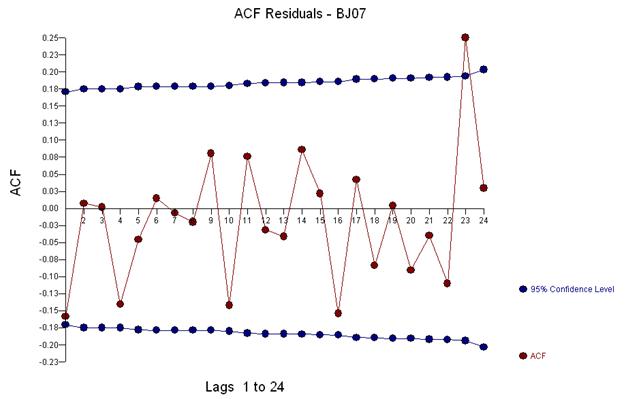 This step of detecting the outliers is called Intervention Detection and can be easily , or not so easily, programmed following the following the work of Tsay. 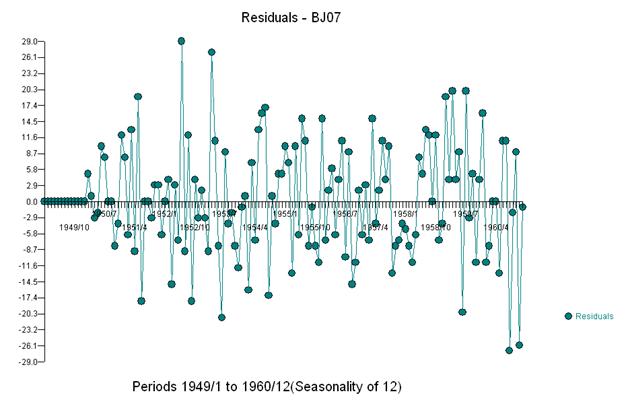 If we add three indicators to the model, we get

We can then estimate

And receive a plot of the residuals and the acf 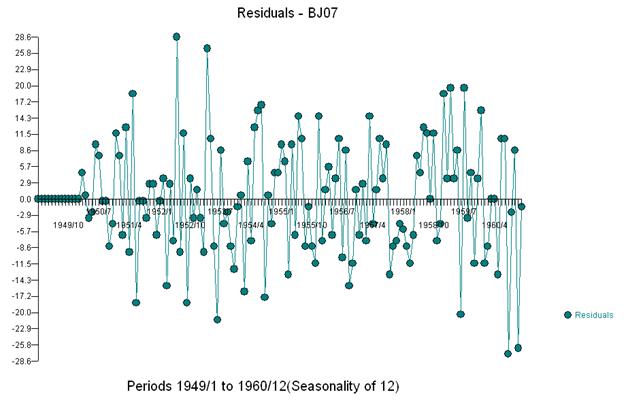 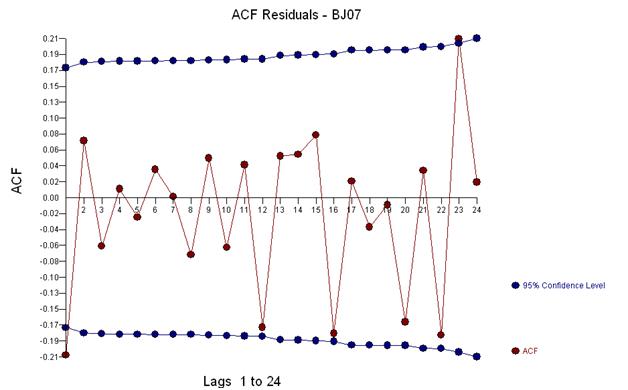 This acf suggests that we add potentially two moving average coefficients to the model . Thus the next estimated model might be. 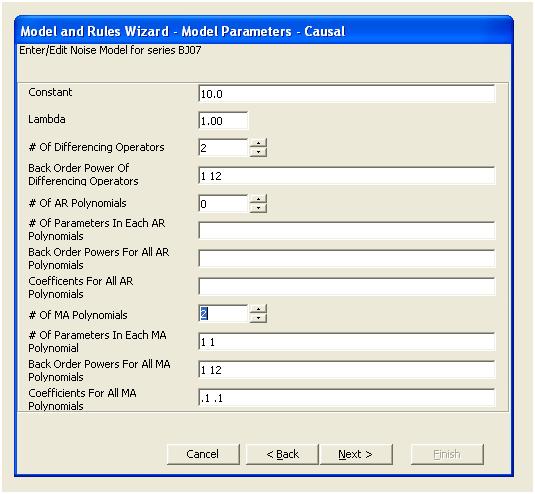 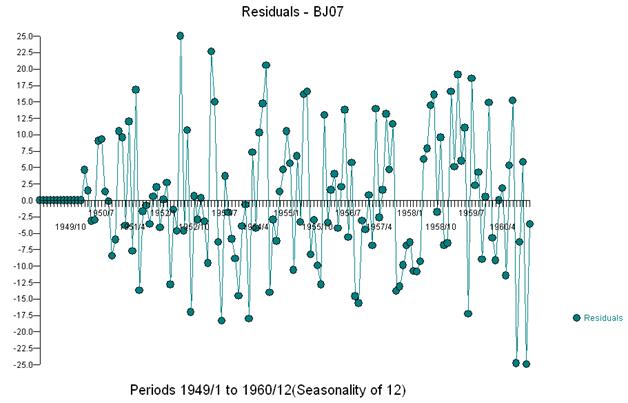 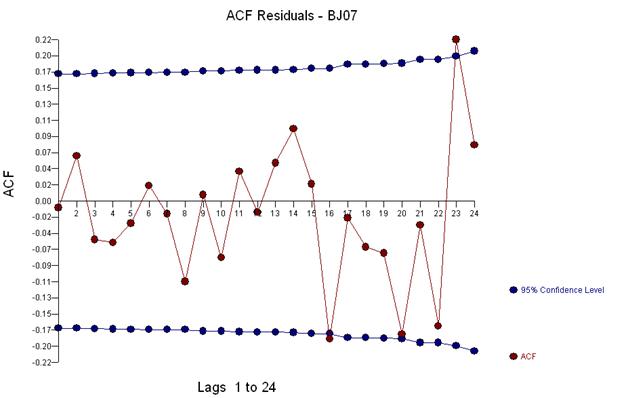 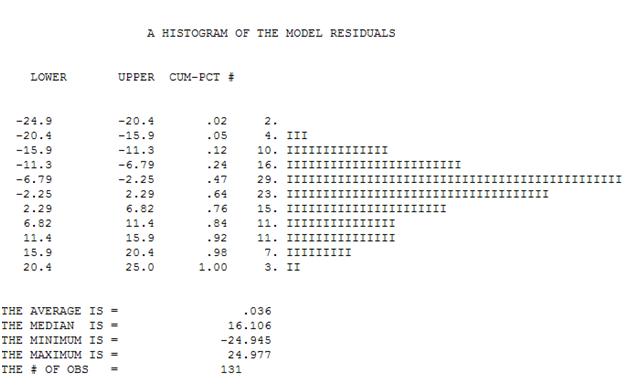 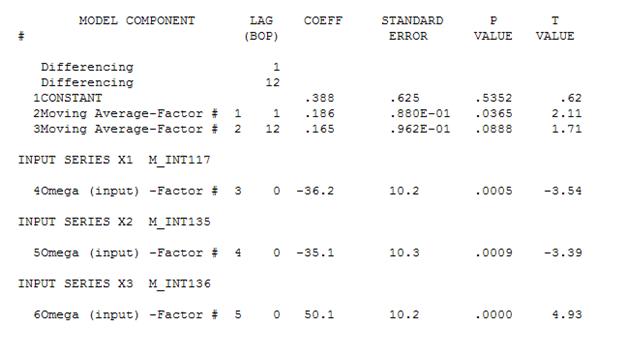 One could then delete the non-significant constant and get a refined model :

We note that no power transformations were needed whatsoever to obtain a set of residuals that constant variance. Note that the forecasts are non-explosive. 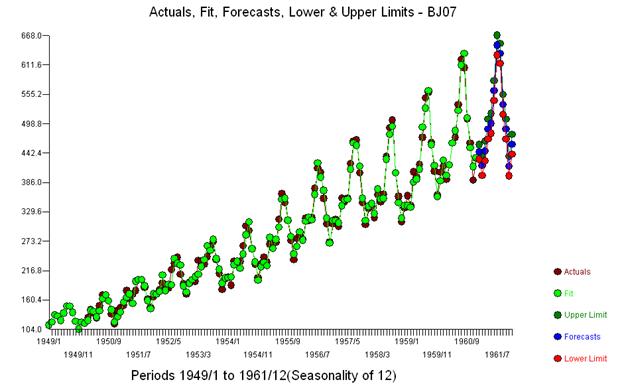 This material was presented in a way that was non-automatic and consequentially required user interaction in terms of making modeling decisions.

I tried to do that in chapter 7 of my 1998 textbook with Makridakis & Wheelwright. Whether I succeeded or not I'll leave others to judge. You can read some of the chapter online via Amazon (from p311). Search for "ARIMA" in the book to persuade Amazon to show you the relevant pages.

Update: I have a new book which is free and online. The ARIMA chapter is here.

I would recommend Forecasting with Univariate Box - Jenkins Models: Concepts and Cases by Alan Pankratz. This classic book has all the features that you asked for:

The only disadvantage is it was printed in 1983 and might not have some recent developments. The publisher is coming with a 2nd edition in Jan 2014 with updates.

An ARIMA model is simply a weighted average. It answers the double question;

It answers the maiden's prayer to determine how to adjust to previous values ( and previous values ALONE ) in order to project the series ( which is really being caused by unspecified causal variables ) Thus an ARIMA model is a poor man's causal model .

Not the answer you're looking for? Browse other questions tagged time-series arima intuition or ask your own question.