Consider the following picture representing the experimental data sequence obtained by two 1D-sensors (each point of the sequence is plotted on XY plane according to the respective sensor reading): 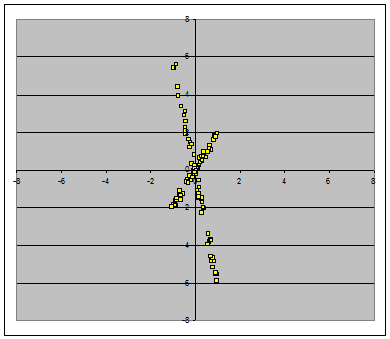 It's visually obvious that two modes have been registered. Let's assume that generally those two modes interfere, so there's no easy possibility to separate them by isolating certain sequence segments. I try the classic principal component analysis by finding the covariance matrix, then finding the set of eigenvalues and corresponding eigenvectors: 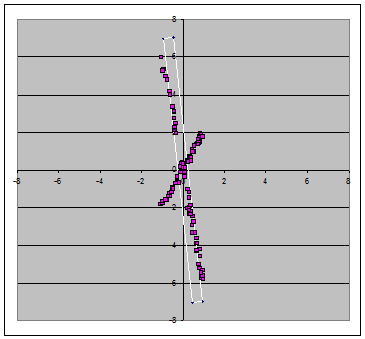 It is known that PCA, being based on eigenvectors, results in orthogonal basis of primary components.

Is there other elegant methods (or PCA-derived methods) to obtain the non-orthogonal basis of primary skewed components?

There are factor analysis techniques that allow oblique rotation, not just the orthogonal rotation that PCA uses. Take a look at direct oblimin rotation or promax rotation.

Not sure what statistical application you are using. In R, the psych and HDMD packages have commands that allow oblique rotations.

Independent component analysis is suitable for separating non-orthogonal basis. Check out this paper. I guess figure 1 is what you want. 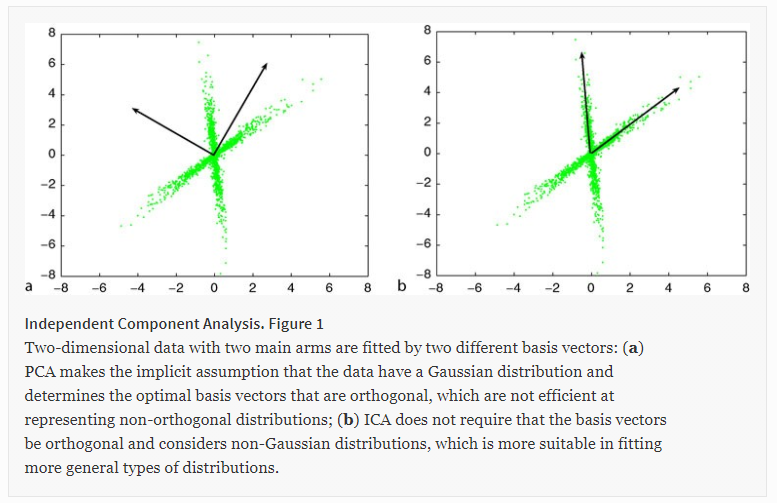 Not the answer you're looking for? Browse other questions tagged pca multivariate-analysis mode or ask your own question.

69
What is the relationship between independent component analysis and factor analysis?
10
On the use of oblique rotation after PCA

6
Meaningful inference about data structure based on components with low variance in PCA
1
How can reducing dimensionality with PCA help subsequent classification, if it does not have access to PCA eigenvectors?
74
What is an intuitive explanation for how PCA turns from a geometric problem (with distances) to a linear algebra problem (with eigenvectors)?
1
ICA - independence of coefficients and maximizing independence
8
Why do people use PCA when it has so many issues?
2
Understanding the determination of principal components