I am getting very poor results from all of the methods that I have tried so far (to varying degrees). First I tried k-NN classification (with various modifications) and got extremely bad results. This lead me to extract features from the time series - i.e. mean, variance, max, min, total zeros days, total trailing zero days, difference between first half average and second half average, etc. and the most predictive features seemed to be total zeros days and total trailing zero days (using several classification algorithms). This performed the best but the performance was still not very good.

My next strategy was to oversample the negative instances in my training set since there were so few of them. This resulted in more correct cancellation prediction but at the expense of more false-positives.

I'm starting to think that perhaps the time series usage data itself is simply not very predictive (though common sense says that it should be). Perhaps there is some latent variable that I am not considering. Looking at the data also shows some strange behaviour. i.e. some examples show very little or decreasing usage (or sometimes none at all) and do not cancel, and some show a ramp up in usage that do cancel. Perhaps this contradictory behaviour does not generate a very clear decision boundary for a classifier.

Another possible source for error is the fact that many training examples are very sparse (i.e. many days with 0 usage). One idea that I have not tried yet is to split the time series into segments and generate some features that way, but I do not have high hopes.

My research (pdf) suggests that this approach is very difficult to beat. The below schematic is from my python implementation of KNN and DTW on github. Or view in IPython Notebook

If you're training data set is very large, I suggest performing a hierarchical clustering of the distance matrix. Then sampling from desired clusters to produce your smaller training data set. The hclust will ensure you have time series that represent a broad range of time series characteristics in your data.

There are two ways on how to deal with temporal structured input for classification tasks:

I was also successfully deploying KNN with DTW successfully in the past. However, I was nearly always able to beat its accuracy with a model that uses well designed features. Also, KNN with DTW for binary classifications scales with O(n_t · m_{train} · m_{test}) with n_t being the length of the time series, mtrain and mtest being the number of devices in the train and test set, respectively. This means that the calculations take quite long..

Therefore, I would recommend to pursue a feature based approach.

The python package tsfresh calculates a huge number of such features from a pandas.DataFrame containing the time series. You can find its documentation at http://tsfresh.readthedocs.io. 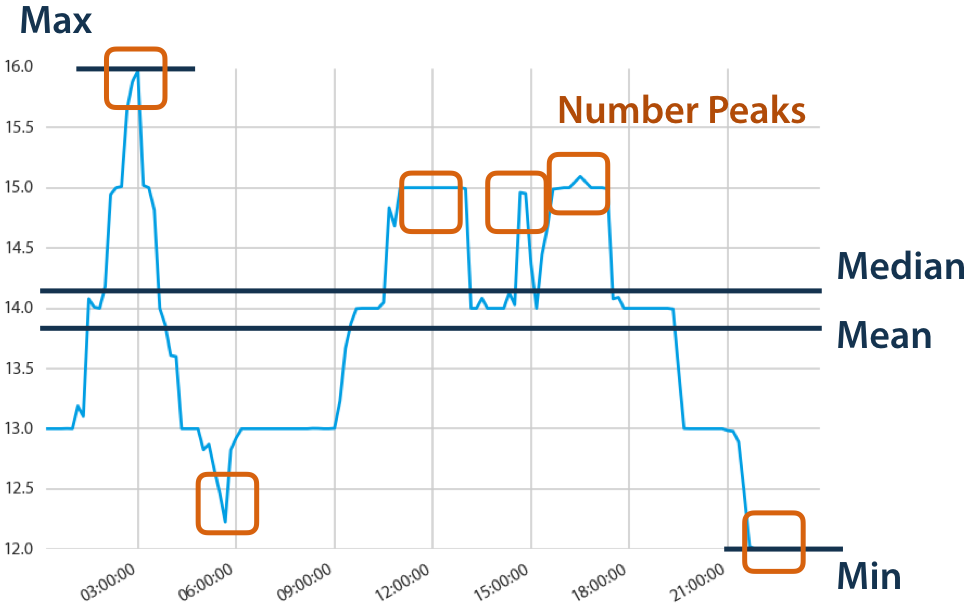 You can try it to calculate a huge amount of features. Later you can filter the features for their significance and identify promising candidates.

In time series problems, the performance often drops rapidly when the predicted phenomenon is distant in time from the train data. I am describing a related issue in this post: why performance drops so fast when test set is distant from train?:

This is generally logical: in the problem described here, we try to predict human behavior (a decision to cancel the mobile telephone account). Such a decision is very possibly influenced by some very recent events (such as an irritating technical problems, or a frustrating helpline call) rather than the events more distant in time. My hypothesis: the main cause for the cancellations in days 35-45 could be the receipt of the first invoice, on day 31.

There may be few day's gap between the causal event (such as frustration upon receiving the invoice) and the target action (cancellation). This short period, characterized by an increased user frustration, could indeed be reflected in change of behavior (between days 31 and day 35), and that could be detected by classifier. But since the train set contains data up to day 21 only, it misses those most vital signals. In other words, the train has no causal relationship with the target variable.

For this reason, the literature recommends to retrain the time series models optimally every time before prediction, on the freshest data. In this particular case, it means the we need the call data from the days immediately preceding the cancellation event. Here is an article on this: ML time series forecasting the right way

Not the answer you're looking for? Browse other questions tagged time-series classification or ask your own question.

2
Classifier can predict time series 1 day in advance, but not more. Why?
1
time-series classification, event detection in large data sets