Why do random effect models require the effects to be uncorrelated with the input variables, while fixed effect models allow correlation?

The random effects approach does not add variables to the model representing the individuals or groups. Instead, it models the correlations structure of the error terms. Essentially, the random effect is seen as an unestimated parallel shift in the regression line and this same shift applies to all observations for a particular individual or group. This leads all these within individual or group observations to be correlated. Random effects models this correlation.

The random effect model basically omits the fixed effect and overcomes the omission by modeling the error structure. This is fine so long as the omitted fixed effect isn't correlated with any included variables. As discussed above, such omitted variables lead to biased coefficient estimates.

The benefit to excluding the fixed effects, as the random effects procedure does, is that variables that do not vary within an individual or group's observations cannot be included with fixed effects due to multicolinearity; random effects are the only way to estimate the coefficients for such variables.

From what I know, the random effects is a sort of extension of an OLS model, in which the constant is included in the vector of regressors, and the error is composed by both an unobserved effect (time invariant), and an observed error (time variant).

I don't know very well how to answer your question, but I would simply say that RE models require the error to be uncorrelated with the independent variables because, if they are correlated, it means that you are in case in which FE estimates are more appropriate. You can test which of them interprets better your dataset by performing a Hausman test once you have run the regression with both specifications.

This is from Econometric Analysis of Cross Section and Panel Data, by Wooldridge: 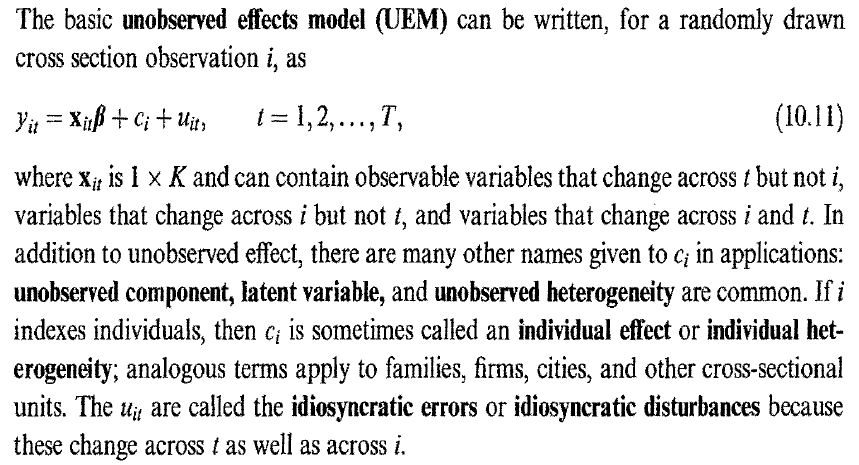 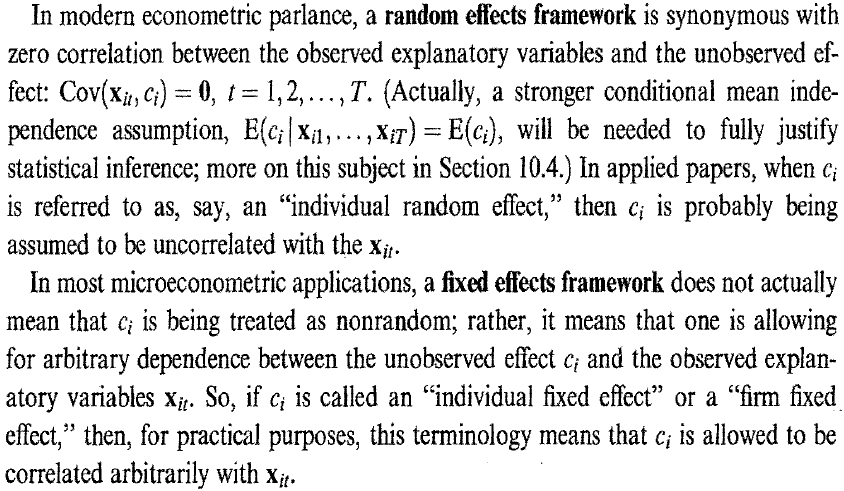 Not the answer you're looking for? Browse other questions tagged random-effects-model fixed-effects-model or ask your own question.

7
Does leaving out an important predictor in a mixed linear model violate the independence assumption?
5
Understanding how to tell whether random effects assumption is sufficiently violated to pose a problem in practice
1
I am confused with ranef function in R
1
How to test whether changes in x track changes in y over multiple time points for multiple individuals