Why does my ROC curve look like this (is it correct?)

I have a ROC curve generated for a multivariate logistic regression. Does it look correct?

This is what I've done:

Please can someone tell me what is going wrong here? 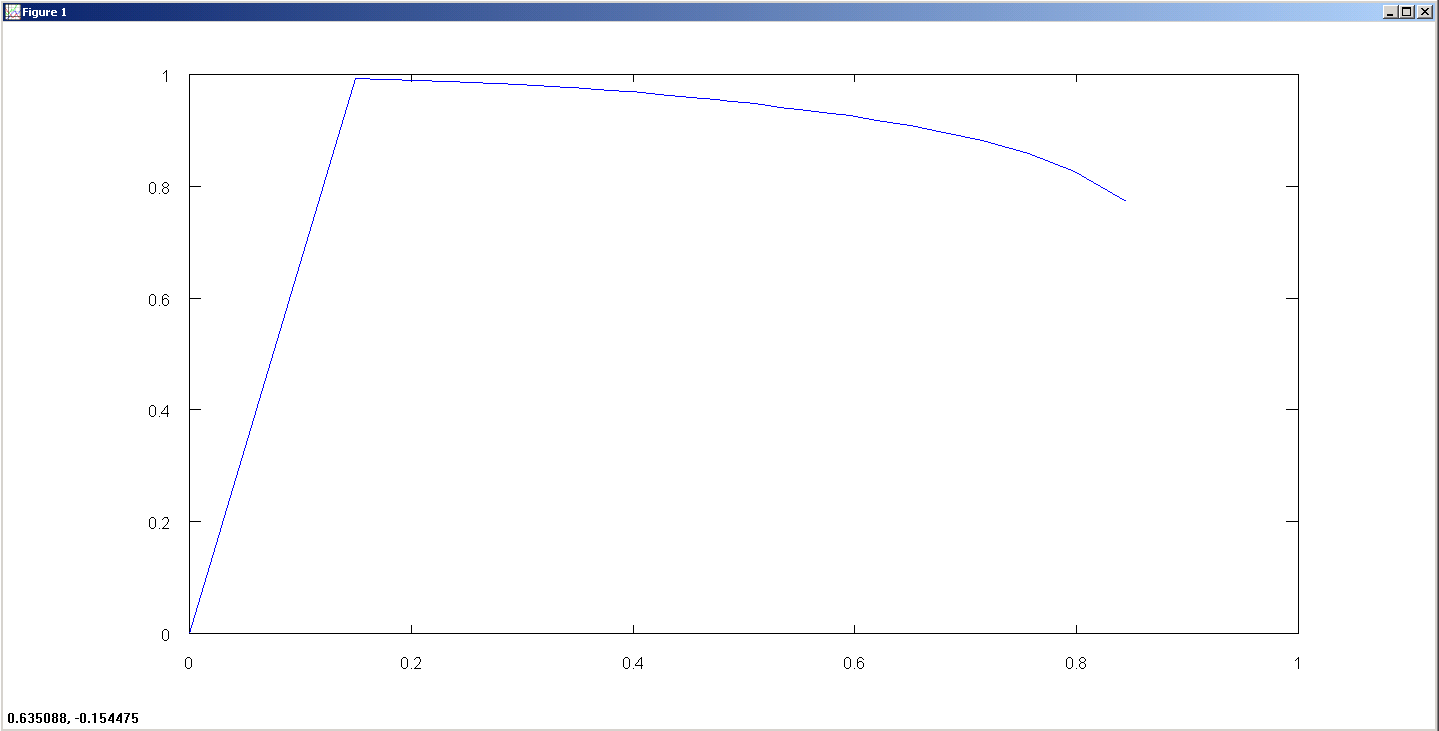 The x-axis can be interpreted as a measure of liberalism of the classifier, depicting its false positive rate (1-specificity). The y-axis represents how well it is at detecting positives, depicting the classifier's true positive rate (sensitivity). A perfect classifier's ROC curve passes through $(0,1)$, meaning it can classify all positives correctly without a single false positive. This results in an area under the curve of exactly $1$.

Intuitively, a more conservative classifier (which labels less stuff as positive) has higher precision and lower sensitivity than a more liberal one. When the threshold for positive prediction decreases (e.g. the required positive confidence score decreases), both the false positive rate and sensitivity rise monotonically. This is why an ROC curve always increases monotonically.

You need not compute the predictions for various thresholds as you say. Computing an ROC curve is done based on the ranking produced by your classifier (e.g. your logistic regression model).

Now, simply iterate over the values and adjust TP/TN/FP/FN as you go and you can compute the ROC curve point by point. The amount of points in your ROC curve is equal to the length of $\mathbf{\hat{Y}}$, assuming there are no ties in prediction.

Not the answer you're looking for? Browse other questions tagged machine-learning logistic data-visualization roc or ask your own question.

3
Slope of ROC increases
2
must ROC curve be concave?

1
Calculation of AUC value from ROC Curve
3
Cutoff on ROC curve
2
For a model like this what performance measures can I calculate and how?
3
How to draw the ROC curve?
3
Will ROC curve for a model always be symmetric if we have enough training data?
3
question regarding ROC curve
2
Where does a ROC curve of a perfect classifier start?
1
ROC Curve Horizontal Line