Dimensionality reduction with self organizing map

Suppose we have 20 training data points in 50 dimensions. Let's say I have specified a 3 by 3 SOM (lattice with 9 points), I embed my manifold (3 by 3 lattice) to 50-D space and after training each data point is mapped to one of the 9 points (nodes) in my manifold. Now, my embedded manifold (3 by 3 SOM) is 50-D. So how do I come back to 2-D? In other words, where is this non-linear projection?

There are at least few ways of visualizing the trained SOM: 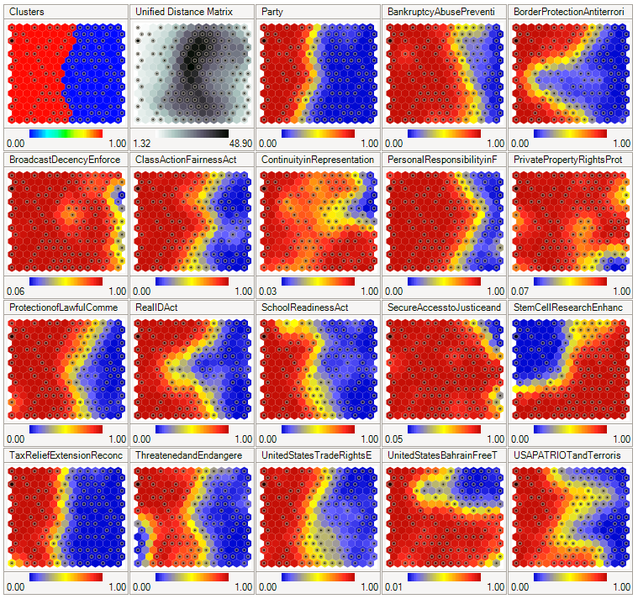 Not the answer you're looking for? Browse other questions tagged machine-learning data-mining self-organizing-maps artificial-intelligence or ask your own question.