I am trying to use neural network to learn a non linear function mapping input to outputs. However, I am having some issues with it. I used tansig activation function for the hidden layers and for the output I used logsig. I scaled the output variables in the range [0 1]. The input variables were standardized to zero mean and unit std. I learn the neural network. Now when I test my NN model on either the train set or a different test set, the outputs are always greater than 0.5. Why is it so? My targets could be anything from 0 to 1. However, my outputs from the model are at least 0.5. Any suggestions what could have happened? 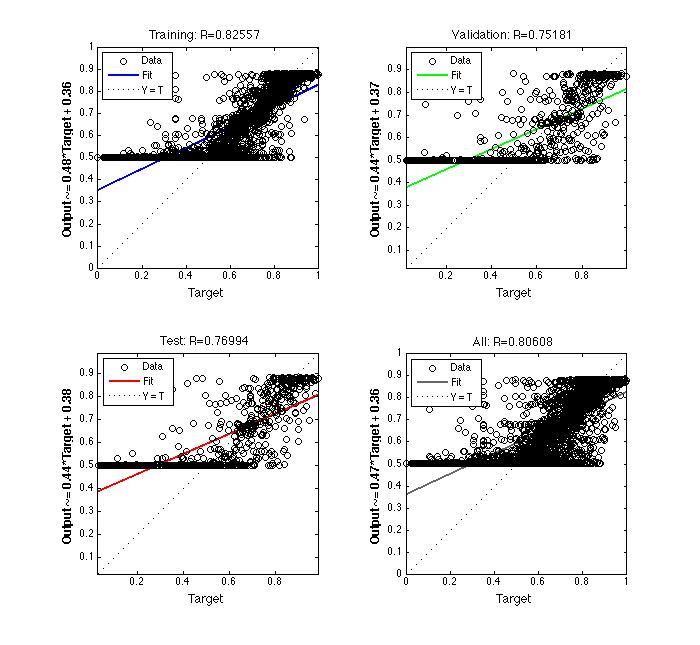 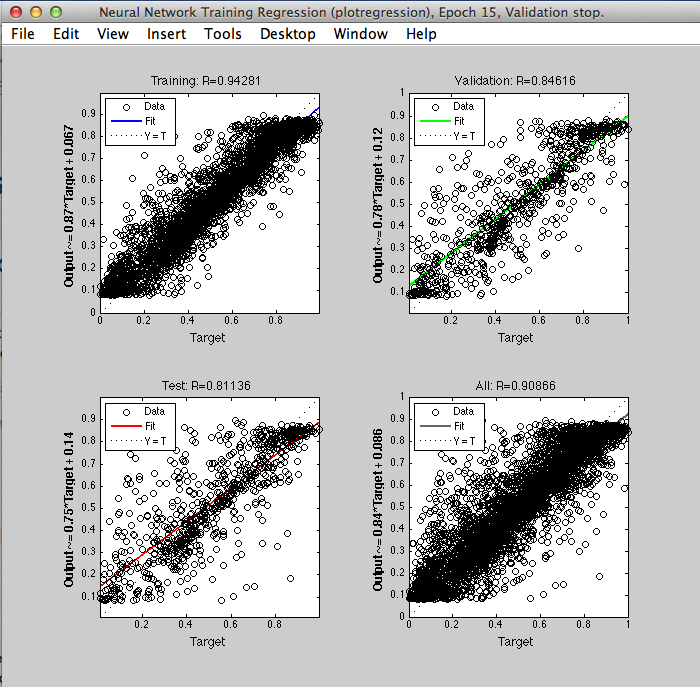 I can see three potential reasons for that:

Not the answer you're looking for? Browse other questions tagged machine-learning matlab neural-networks optimization or ask your own question.