Hypothesis testing for equality of proportions with 3 samples

I have a data set of cell phone customer information data with twocolumns. The first column contains the certain category that an account falls in (either A, B or C) and second column contains is binary valued for whether that account has cancelled. eg

what I want to do is come up with some sort of hypothesis test to test whether the ratio of accounts of type A, B and C is different for active accounts vs cancelled accounts - the null hypothesis being that they are the same. So its like a hypothesis test for proportions except I do not know how to do this for 3 values

I am going to base my answer in general and insert comments as to how your problem fits into the testing framework. In general, we can test for equality of proportions using a $\chi^2$ test where the typical null hypothesis, $H_0$, is the following:

i.e., all of the proportions are equal to each other. Now in your case you null hypothesis is the following:

Now in order to carry out the $\chi^2$ test we need to calculate the following test statistic: The value of the test-statistic is

In your case $n=6$ since we can think of this problem as being the following table:

Now once we have the test statistic we have two options of how to proceed to complete our hypothesis testing.

Graphically (all of the numbers are made up) this is the following: 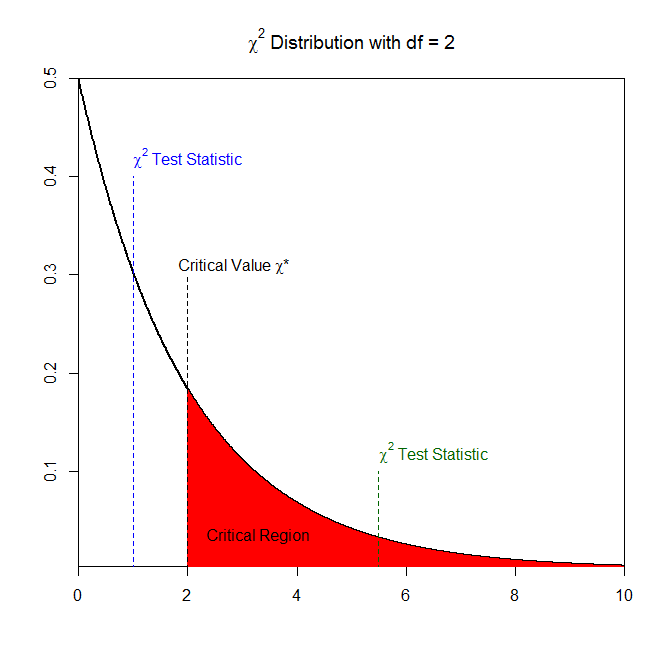 Graphically we have that 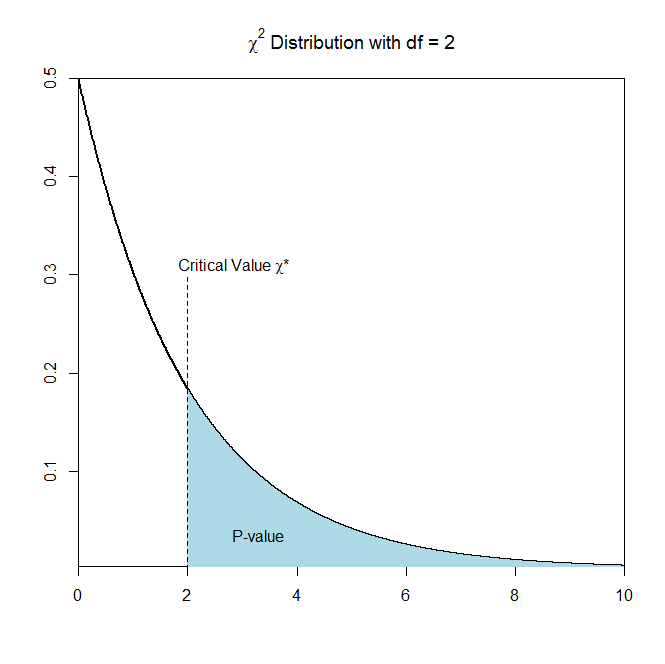 where the p-value is calculated as the area that is greater than our test statistic (the blue shaded area in the example).

Not the answer you're looking for? Browse other questions tagged hypothesis-testing equivalence or ask your own question.