to find the class width for each gender

The histograms end up looking like this (STATDISK), Histograms http://www.xdcclan.com/images/histograms.jpg

The histograms need the same amount of classes, but wouldn't it be better if I did at values as,

to get a better histogram to compare with? or does this not matter?

Do the # of classes only have to be the same?

Do the histograms both have to start at the same point (0 or 20)?

Highly recommended, and the axes should also end at the same number, and better if they are of the same length as well.

More babbling: It depends what do you mean by "comparing." From just the two histograms I can definitely compare and contrast the skewness of the distribution. But beyond that, visually it's not easy to say anything about the frequencies at different age because the class widths are different, and what's more crucial, the x-axes are different.

A panelled histogram that can successfully enhance visual comparison should have common y and x axes like this example: 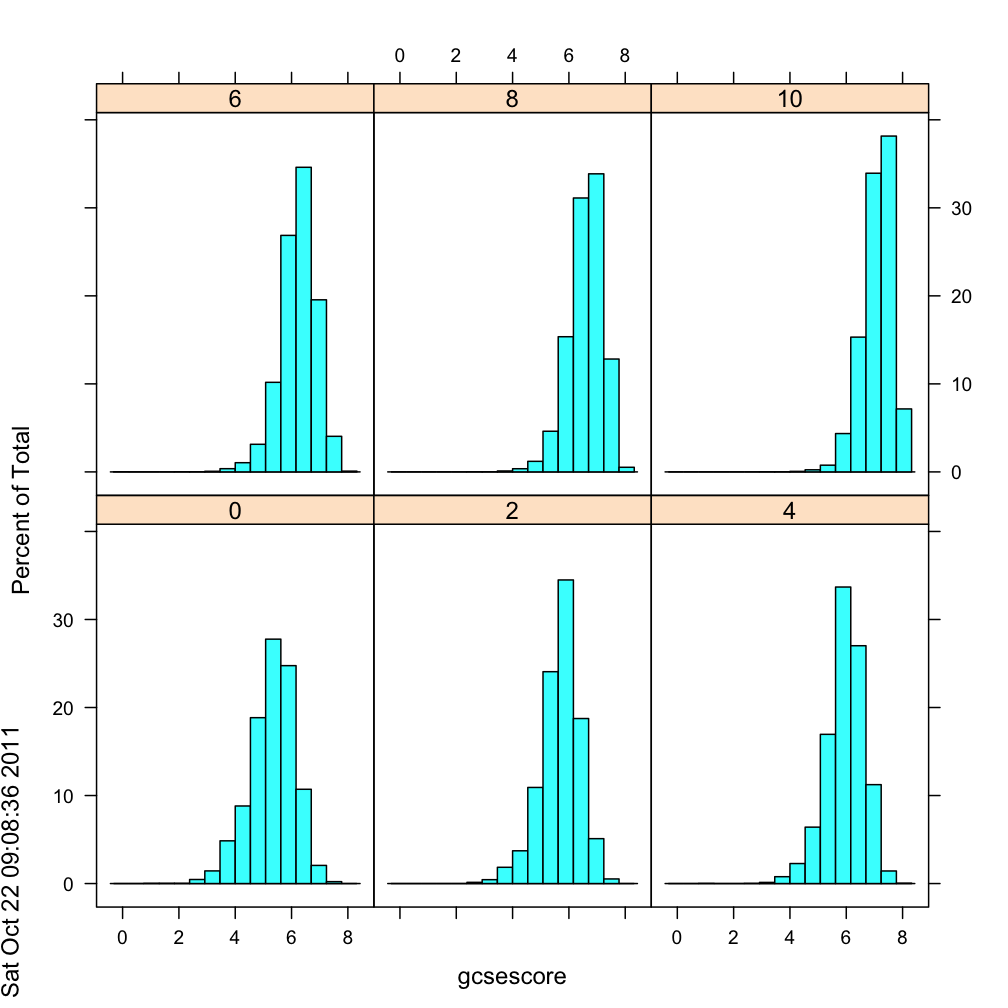 If you allow the x- and y-axes to extend to wherever they want, it's difficult to compare across graphs.

By themselves they are correct, but if it's for cross-gender comparison it's insufficient.

What if I said it is mandatory to use the formulas above to find the # of classes and class width?

I'd have a hard time not laughing. For many reasons:

But(!), if your professor/supervisor--who can decide if you will pass/fail the course--said you have to use this formula, then I'll suggest pick your battle wisely.

Should I use the same class start for each in the histograms?

Not necessarily, but recommended because this form is easiest to perceive. There are histogram that uses unequal bin sizes. If for some reason a certain age categorization is more important in females than males, you may make them unequal.

For instance, if some country's legal drinking age is 18, and another is 21, you may group all <18 into one column for the first country, and <21 into another column for the second country. The question is that, would this be more meaningful? Or would you see the same pattern if you bin them at single year age?

In a nut shell, you'll need to know what you want the viewers to know, and work backward. Avoid starting with recipes. 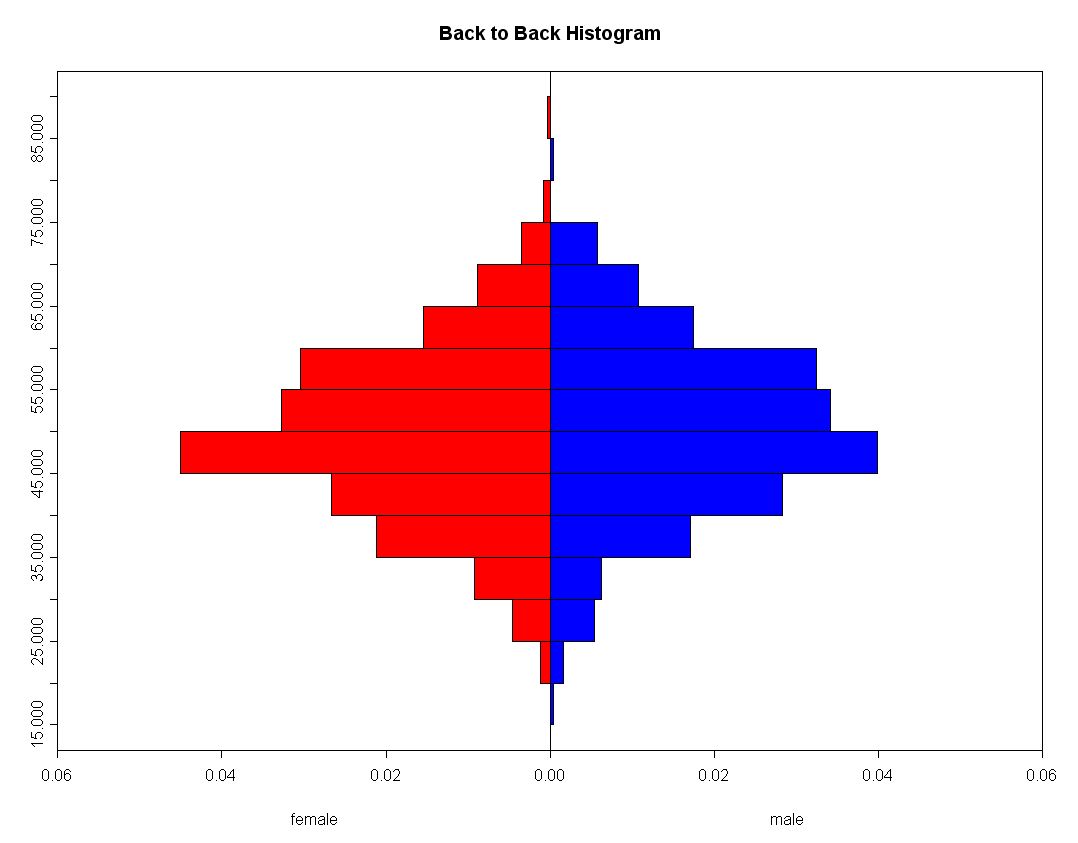 If you're not a fan of this strategy, here are some alternatives:

It would be useful to line up the bar widths for each gender if you wish to compare the two. What I would do is make a side by side histogram (or boxplot or stem and leaf plot). This way, you're pretty much guaranteed that the bars will line up, regardless of the statistical program you are using.

20
Goodness of fit for 2D histograms
5
Frequency/harmonic analysis of accents
3
Chi-squared test for histogram data after doing an averaged shifted histogram
0
in SAS: Why are the CI for OR and RR in proc freq more narrow than in a logistic regression for a 2x2 table
0
Fitting exponential data to histogram
2
Formatting histograms in R