I have to solve the following issue:

Somehow I have to combine these results into one regression result. As far as I know the regression coefficients of 1000 models can be just averaged. However, this is not really clear to me how can I estimate the total variance of 1000 models. 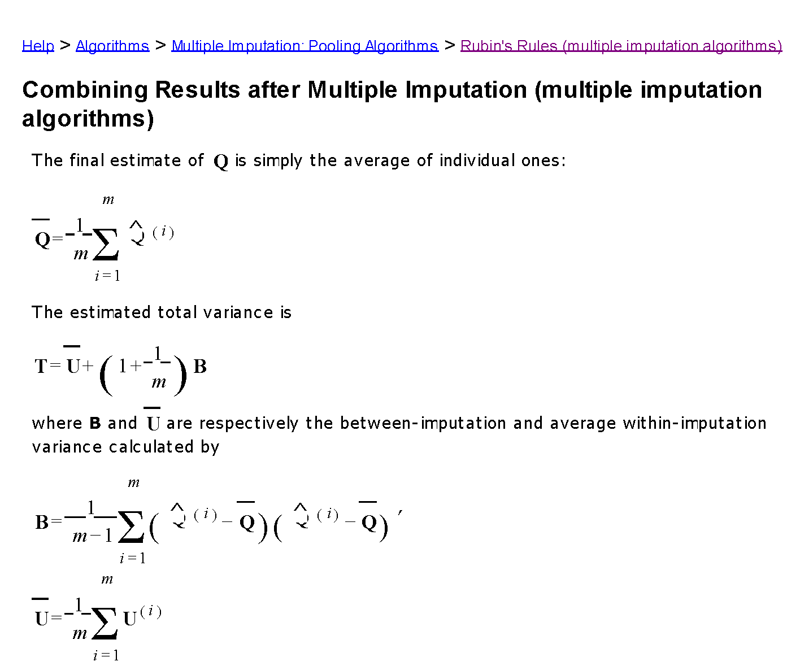 abcabc
1111 bronze badge
$\endgroup$
add a comment  |
0
$\begingroup$
Want to improve this post? Provide detailed answers to this question, including citations and an explanation of why your answer is correct. Answers without enough detail may be edited or deleted.

I have found it myself. If someone is interested, the solution is here: http://pic.dhe.ibm.com/infocenter/spssstat/v20r0m0/topic/com.ibm.spss.statistics.help/alg_mi-pooling_rubin.htm

Not the answer you're looking for? Browse other questions tagged regression spss pooling or ask your own question.