Noise in the Fourier transform

I have a smooth but rather complex curve, sampled with a good frequency. I apply the discrete Fourier transform to it using the fast Fourier transform (FFT) algorithm and get its Fourier image. I need to find peaks on the resulting Fourier transform curve, but the image I get contains a substantial amount of noise, which is a real problem because peaks can't be clearly seen. So, my question is as follows: What are the sources of noise in the Fourier transform, and how it can be reduced? 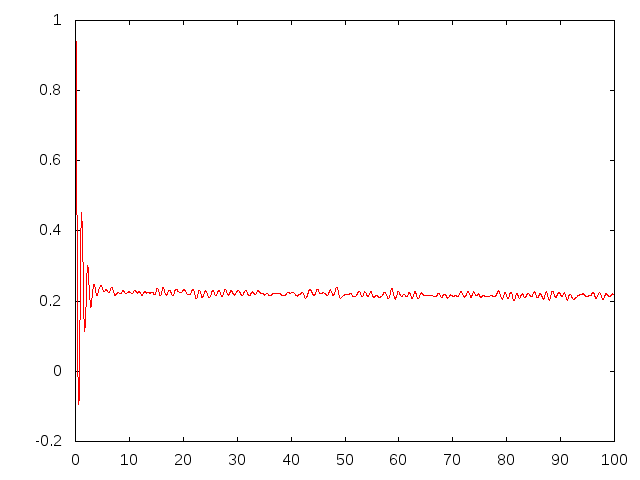 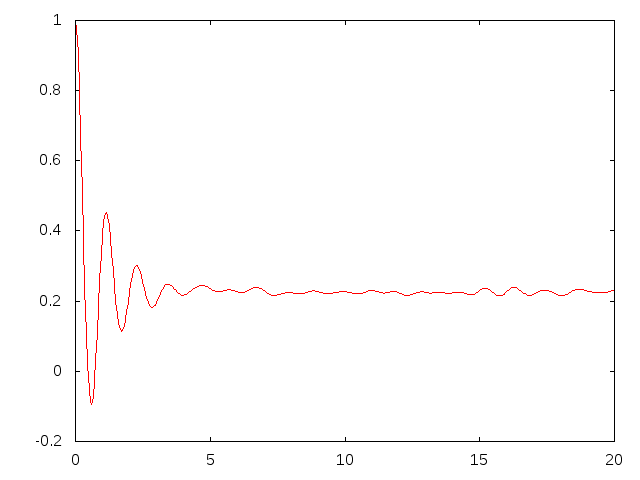 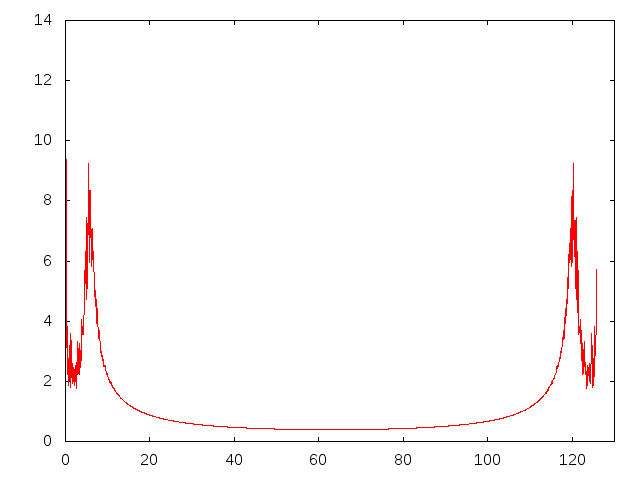 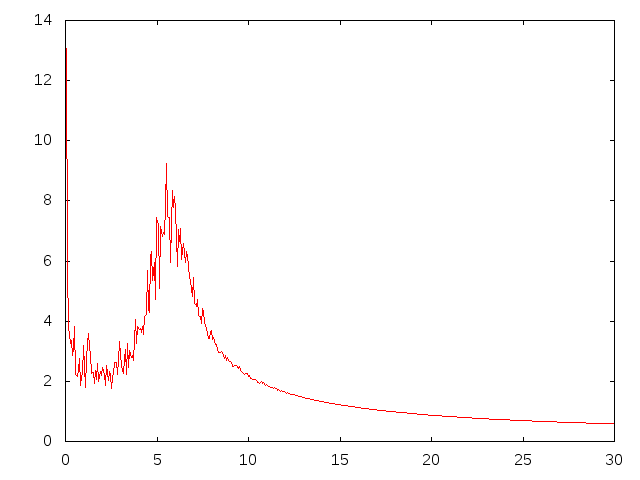 Before transformation a constant was subtracted from the the function so that it goes to zero.

This seems like $e^{-ax}\sin(bx)$ function -- FT of such are two Dirac deltas, so it is not surprising at all that they appear as a noisy peaks after DFT (this is a variation of ultraviolet crisis). So, well, don't worry -- you can do nothing wise about it, at least smooth the transform (for instance with moving mean) to find peak locations easier (but better do not report smoothed curve).

On the other hand, if you are interested in the later signal rather than this initial "bang", it is better just to cut it off -- this will clear those major peaks and show the more subtle details.

Not the answer you're looking for? Browse other questions tagged data-transformation fourier-transform or ask your own question.

7
Are real and imaginary components of frequency element of fft correlated?
0
Separating two complex-valued datasets that have been multiplied together
9
Fourier/trigonometric interpolation
5
Fourier bases for a stationary signal & relation to PCA for natural images
2
Finding out frequency of peaks using the Fourier transform
2
Methods to extract signal from three very noisy time series of same event