What is the test statistic in Kolmogorov–Smirnov test?

I am reading the Wikipedia page on the Kolmogorov-Smirnov test, specifically the section titled Kolmogorov_distribution.

My question is the number of points matters too,right?

Here is a snapshot of the section from Wikipedia: 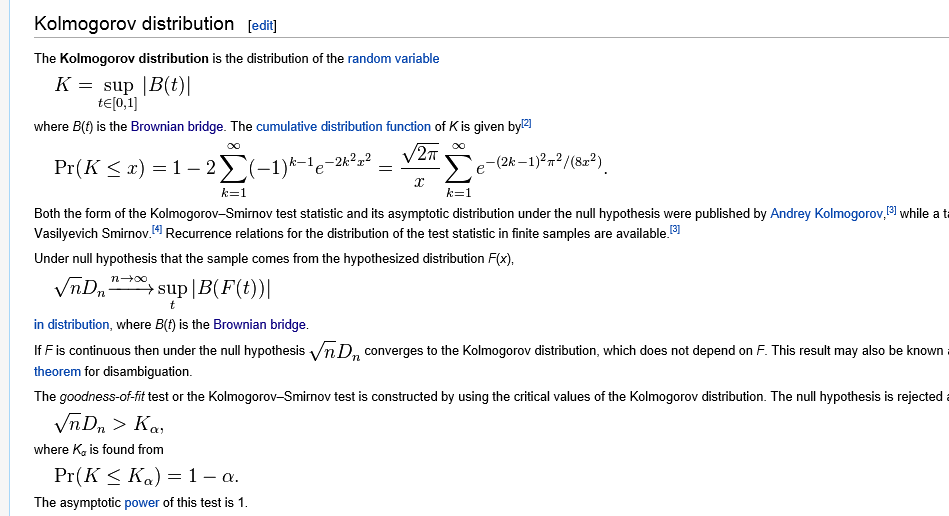 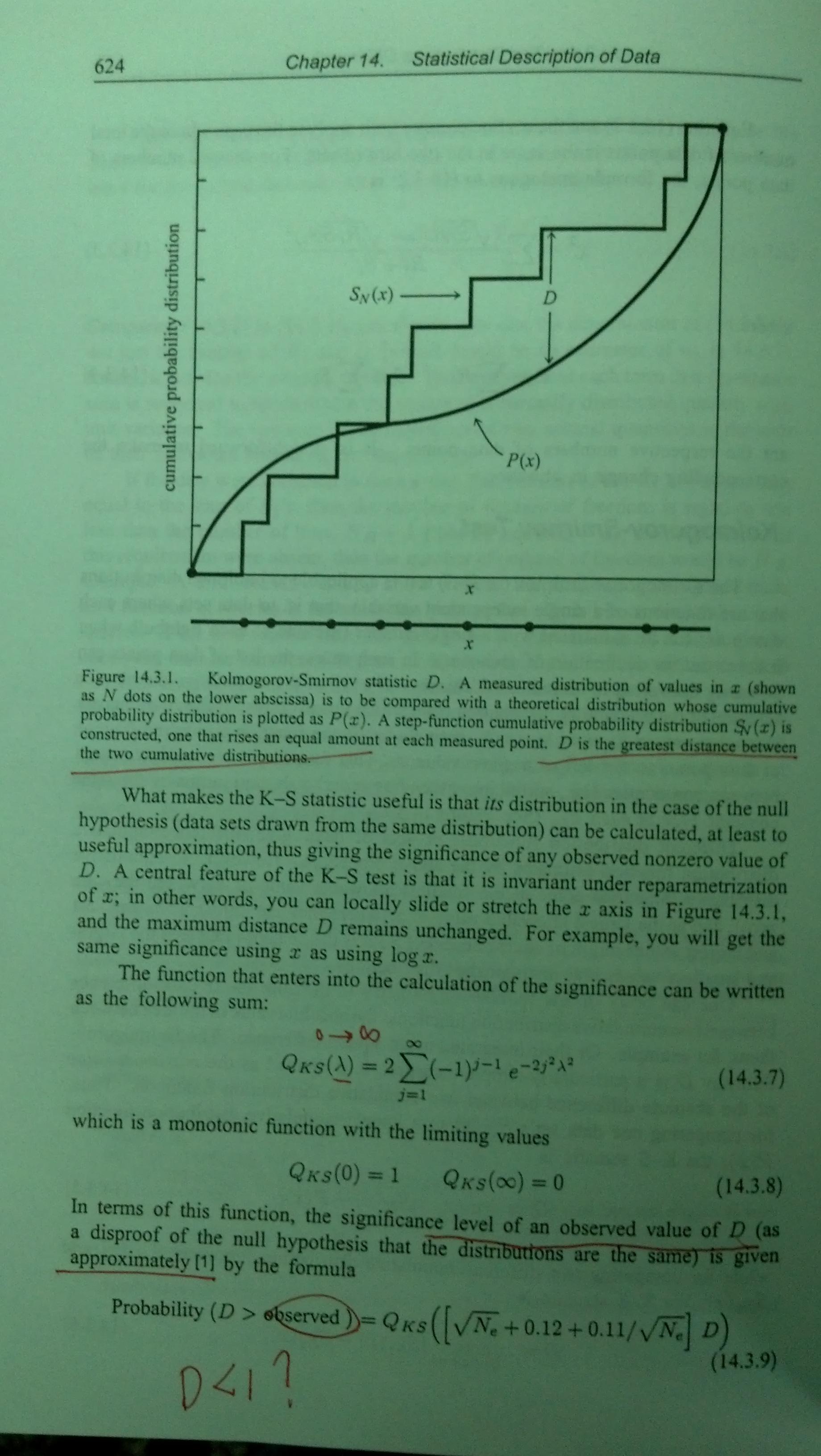 Q1
How do we obtain the distribution of $D_n$ when $n$ is fixed?

By formula 14.3.9 of Numerical Recipes, we should calculate a value got from the expression in the brackets - should that be the $x$? The value approximates $\sqrt n D_\text{max}$ when $n$ is large.

I am totally confused here.

Q3
We make tests and get a distribution,right? Could you please explain your figure in a "test" way? Maybe that is easier to follow.

Please let me explain my questions in a "test" way.

Suppose sample size is 30, we obtain a dataset of 30 points and we can get a $D_{max}$ from the comparison between the empirical distribution of the sample and the reference probability distribution. We do it 1000 times and we get 1000 $D_{max}$ . There is a distribution for $D_{max}$ ,right?

Like you said, I am very confused. Please let me make sure the several statements below are right or wrong first.

Suppose sample size is 30, we obtain a dataset of 30 points and we can get a $D_{max}$ from the comparison between the empirical distribution of the sample and the reference probability distribution. We do it 1000 times and we get 1000 $D_{max}$ . There is a distribution for $D_{max}$ ,right?

Note that the Kolmogorov-Smirnov test statistic is very clearly defined in the immediately previous section:

Yes, the number of points, $n$, matters to the distribution; for small $n$, tables are given for each sample size, and for large $n$ the asymptotic distribution is given for $\sqrt{n}D_n$ $-$ the very same distribution discussed in the section you quote.

Without some result on asymptotic convergence in distribution, you'd have the problem that you'd have to keep producing tables at larger and larger $n$, but since the distribution of $\sqrt{n}D_n$ pretty rapidly 'stabilizes', only a table with small values of $n$ is required, up to a point where approximating $\sqrt{n}D_n$ by the limiting Kolmogorov distribution is sufficiently good. 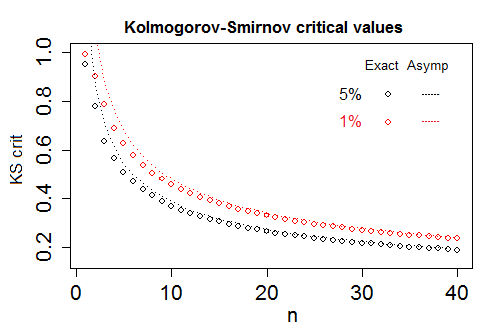 How do we obtain the distribution of $D_n$ when $n$ is fixed?

There's discussion of various methods given here, for example.

Your test statistic is your observed sample value of the $D_n$ random variable, which will be some value, $d_n$ (what you're calling $D_\text{max}$, but note the usual convention of upper case for random variables and lower case for observed values). You compare it with the null distribution of $D_n$. Since the rejection rule would be "reject if the distance is 'too big'.", if it is to have level $\alpha$, that means rejecting when $d_n$ is bigger than the $1-\alpha$ quantile of the null distribution.

By formula 14.3.9 of Numerical Recipes, we should calculate a value got from the expression in the brackets - should that be the x?

14.3.9 looks like it has a typo (one of many in NR). It is trying to give an approximate formula for the p-value of "observed" (that is, my "$d_n$", your $D_\text{max}$), by adjusting the observed value so you can use the asymptotic distribution for even very small $n$ (in my diagram, that corresponds to changing the $y$-value of the observed test statistic via a function of $n$, equivalent to pushing the circles 'up' to lie very close the dotted lines) but then it (apparently by mistake) puts the random variable (rather than the observed value, as it should) into the RHS of the formula. The actual p-value must be a function of the observed statistic.

We make tests and get a distribution, right?

I don't know what you mean to say there.

Could you please explain your figure in a "test" way?

My figure plots the 5% and 1% critical values of the null distribution of $D_n$ for sample sizes 1 to 40 (the circles) and also the value from the asymptotic approximation $K_\alpha/\sqrt n$ (the lines).

Yes there is an error. I think you may have misunderstood where the problem is.

The problem isn't with "$(\sqrt{n}+0.12+0.11/\sqrt{n})$". It's with the meaning of the term they multiply it by. They appear to have used the wrong variable from the LHS in the RHS formula, putting the random variable where its observed value should be.

[When the thing you're reading is confused about that, it's not surprising you have a similar confusion.]

Not the answer you're looking for? Browse other questions tagged statistical-significance kolmogorov-smirnov-test or ask your own question.