I've trained a random forest on a data set where the targets are in [0, 100]. I use a 5 fold cross validation framework to find the optimum mtry and then train the model on the whole data set using that mtry. When I make predictions on the training set I find that the low targets are over-predicted and the high targets are under-predicted and I don't know why this is happening. The RMSE would be lower if the predictions were just pushed farther from the mean value. 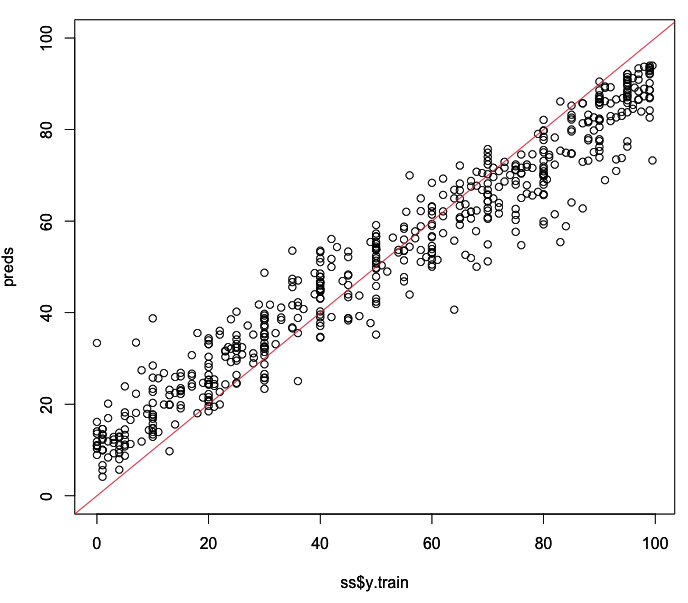 Can anyone indicate why this is happening? When the model makes predicts on a holdout set this problem is exacerbated but I though it instructive to show the predictions back on the training set in this example. I could augment the model to correct for this and that would improve results on the holdout set, but I would like to understand why this is happening so that I might fix it without augmenting the model. The distribution of target values is given below: 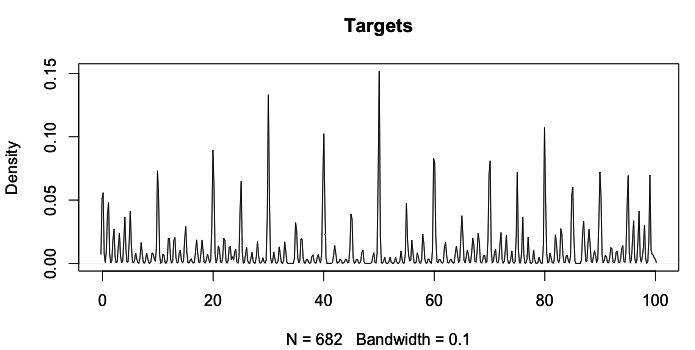 Here are four plots to illustrate this point with linear regression. In the first one, the error variance is relatively high, and, as a consequence, the predicted - vs - actual plot isn't anywhere near the diagonal line. In the second through fourth, the error variance is much lower, and the predicted - vs - actual plot gets much closer to the diagonal line. 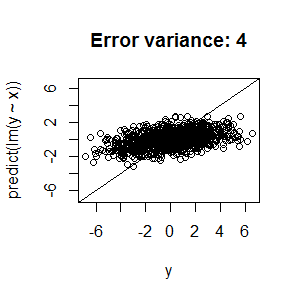 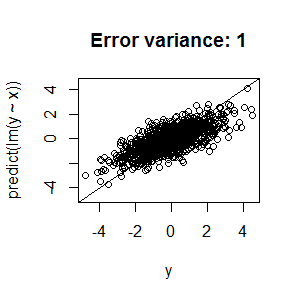 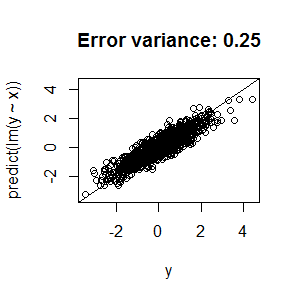 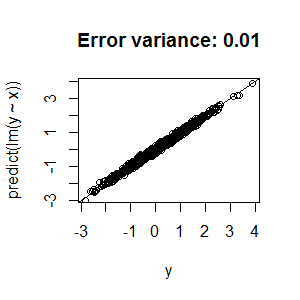 Consequently, there's no need to alter your fitting procedure or augment your model.

Not the answer you're looking for? Browse other questions tagged regression random-forest or ask your own question.

2
How to deal with (heteroscedastic) errors in random forest
0
ML Model shows systematic bias in predictions. Can or should this be corrected and how?