Let $B(t)$ be Brownian motion. Show that $e^{-\alpha t}B(e^{2\alpha t})$ is a Gaussian process. Find its mean and covariance functions. 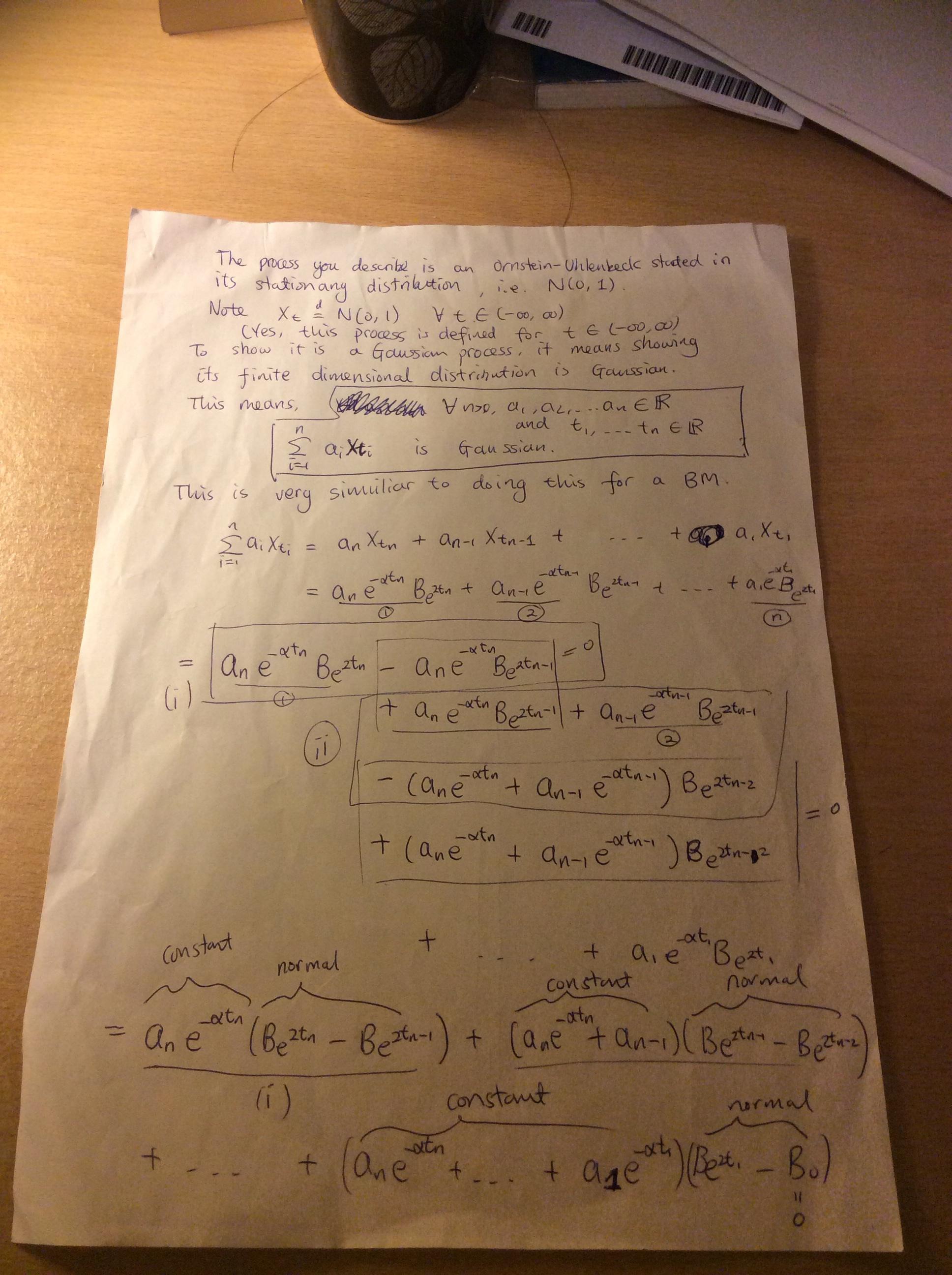 The proof is very similar to how you prove a bm is a gaussian process.

What i did not say at the end of proof is that, notice, by the stationary independent increment property of a BM, the increments in the brackets i lablelled normal are INDEPENDENT normal distributions, so linear combinations of independent normal distributions are also normal, which proves the claim that $\sum a_i X_{t_i}$ is Gaussian for any choice of $a_i$ and $t_i$

Maybe I'm missing something, but this question seems to be easier than it, at first, appears to be. It's not a change of variable problem (which would be messy) but simply a change in labeling with a change of scale. $t$ is an index, not a random variable.

A process is Gaussian if every random subset of variables from the index set has a multivariate Gaussian distribution. Take a collection of variables with indeces $t_1,t_2, \ldots, t_k$. They are jointly Brownian (modulo the scale change), and so jointly multivariate normal.

Every random variable from a Brownian process has mean 0, so the process defined here has mean 0 everywhere.

Now, to the covariance function. Let's look at the variance first. Call the new process $X(t)$.

Not the answer you're looking for? Browse other questions tagged probability self-study normal-distribution stochastic-processes or ask your own question.

8
Generalization of Brownian motion to $\alpha$-stable distributions
7
About linear combinations of independent Brownian motions
2
I want to show $E(B(t)-B(s))^4=3(t-s)^2$
4
Find the expectation and covariance of a stochastic process
2
What does the covariance matrix of a Gaussian Process look like?