Is there a difference between 'controlling for' and 'ignoring' other variables in multiple regression?

How I have viewed it so far:

While each coefficient is being calculated, the other variables are not taken into account, so I consider them to be ignored.

So am I right when I think that the terms 'controlled' and 'ignored' can be used interchangeably?

Controlling for something and ignoring something are not the same thing. Let's consider a universe in which only 3 variables exist: $Y$, $X_1$, and $X_2$. We want to build a regression model that predicts $Y$, and we are especially interested in its relationship with $X_1$. There are two basic possibilities.

Granted, these are very simple models, but they constitute different ways of looking at how the relationship between $X_1$ and $Y$ manifests. Often, the estimated $\hat\beta_1$s might be similar in both models, but they can be quite different. What is most important in determining how different they are is the relationship (or lack thereof) between $X_1$ and $X_2$. Consider this figure: 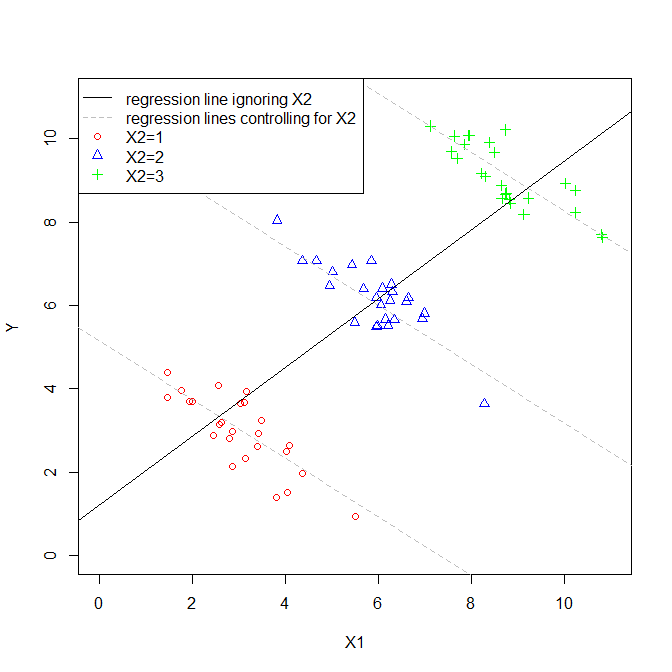 In this scenario, $X_1$ is correlated with $X_2$. Since the plot is two-dimensional, it sort of ignores $X_2$ (perhaps ironically), so I have indicated the values of $X_2$ for each point with distinct symbols and colors (the pseudo-3D plot below provides another way to try to display the structure of the data). If we fit a regression model that ignored $X_2$, we would get the solid black regression line. If we fit a model that controlled for $X_2$, we would get a regression plane, which is again hard to plot, so I have plotted three slices through that plane where $X_2=1$, $X_2=2$, and $X_2=3$. Thus, we have the lines that show the relationship between $X_1$ and $Y$ that hold when we control for $X_2$. Of note, we see that controlling for $X_2$ does not yield a single line, but a set of lines. 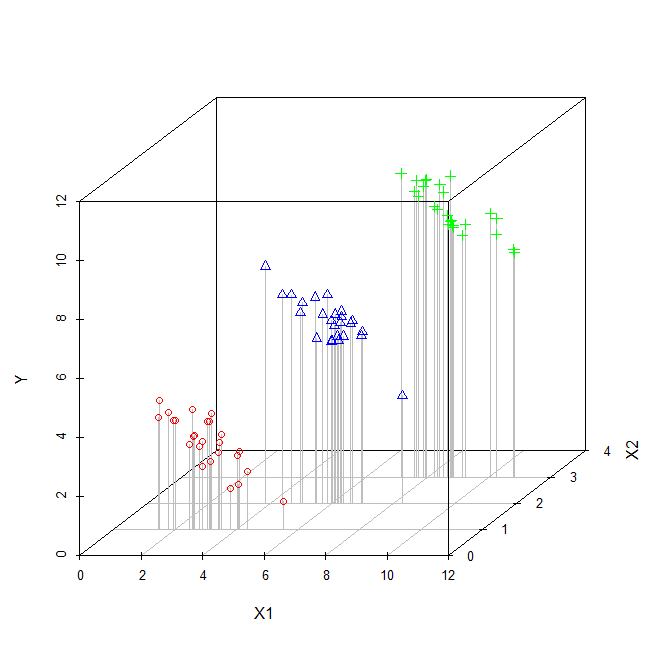 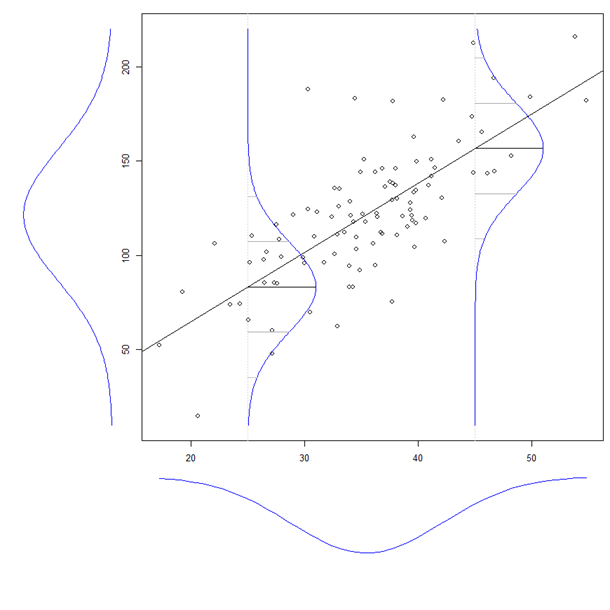 (This is taken from my answer here: What is the intuition behind conditional Gaussian distributions?)