Generating samples from Copula in R

Suppose I want to model dependence between $d$ r.v.´s $Y_1,...,Y_d$ with the copula $C_\theta$, where $\theta$ are the corresponding parameters of that copula. I've also determined the correlation using Kendall's tau $\tau(Y_i,Y_j)=\gamma$ for all $i\neq j$. Now I want to generate samples from this joint distribution:

Say instead I want to do the same using the copula package in R. Is it correct to first create the copula object with $\Sigma$ (as before) using normalCopula and then mvdc and rmvdc to generate the samples? But what are the parameters for the mvdc function? The example code from R's web page gives the following:

But shouldn't the argument in the normalCopula function be a 2x2 matrix since its bivariate. Also, say now that I have $d$ equally t-distributed r.v.'s and I dont want to write c("t", .... ,"t") etc. How can I write this neatly?

As you can see I'm slightly confused about the parameters in the copula and in what step the correlation should be used (I'm also not sure when it is eligible to say that $\rho = sin(\frac{\pi}{2}\tau)$), so if someone could help clarifying that I'd be very thankful. Also, there are lots of examples of 2-dimensional (and some on 3-dimensional) examples of this on the internet since they are more illustrative than for higher dimensions. So if someone have references to examples of modelling with copulas in higher dimensions in R I would gladly accept that. 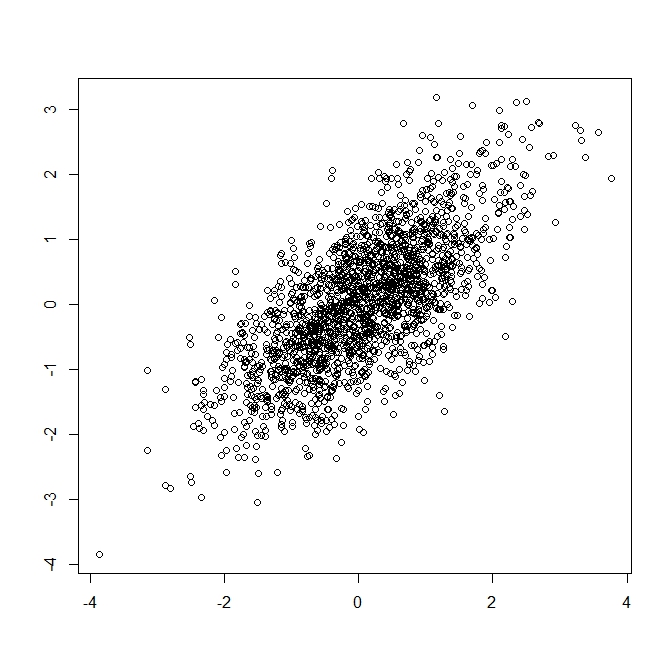 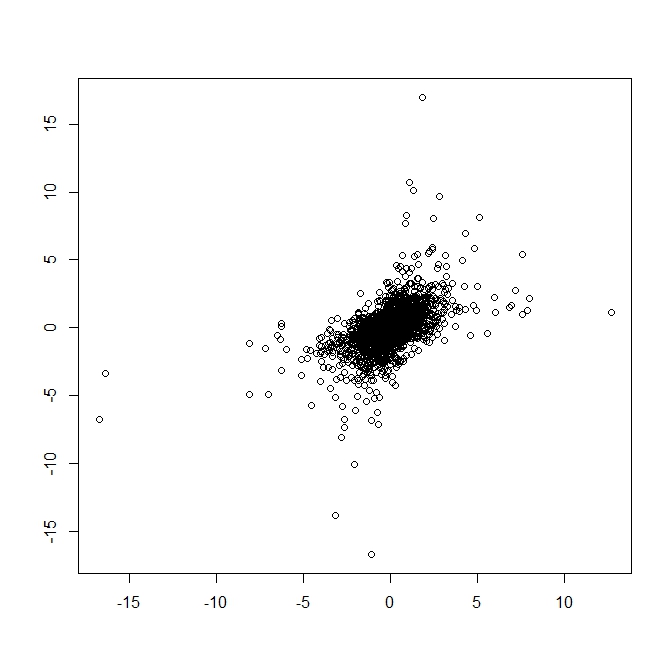 Is this correct? But how do I control the variance/standard deviation of the marginals? Do I do that when I generate the multivariate normal or in the qt function?

Browse other questions tagged sampling joint-distribution copula or ask your own question.

4
Generating values from copula using copula package in R
3
Generating random variables from copula function at a given joint probability?
5
The importance of the Gaussian copula
1
How to simulate Gumbel Copula in R?
3
Copula for non-standard distributions in R
0
What is the difference of $\Sigma$ esimation of Gaussian Copula based on known CDFs VS unknowns