How useful is the CLT in applications?

My lecturer just covered the Lindeberg-Lévy central limit theorem and the multivariate version, the Lindeberg-Feller CLT. I understood the basic concept and I can derive it, etc. But it would help my understanding a lot if someone could explain how all this used in real life applications of econometric analysis?

I've read some claims that the CLT is nice only on a piece of paper.

Some really cool industry applications or references would be appreciated.

The CLT certainly informs applications all the time, since we deal with distributions of averages or sums very frequently (including in cases that may not be always obvious; for example, $s_n^2$ - the sample variance with denominator $n$ - is an average, and so the ordinary sample variance is just a slightly rescaled average).

The CLT can tell you to expect an approach to normality with increasing sample size for a particular statistic, but not when, exactly, you can treat it as normal.

So while you know that normality should kick in eventually, to know if you're close enough at a particular sample size, you will need to check (say algebraically, or more often via simulation).

You may sometimes run into 'rules of thumb' that say "oh, n=30 is enough for the central limit theorem to kick in". Such rules are nonsense without specifying the exact circumstances (what the distribution is we're dealing with, and what properties we care about, and 'how close is close enough').

If you have an $X$ with a distribution like this: 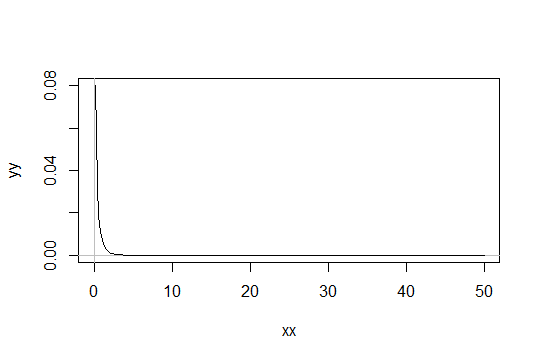 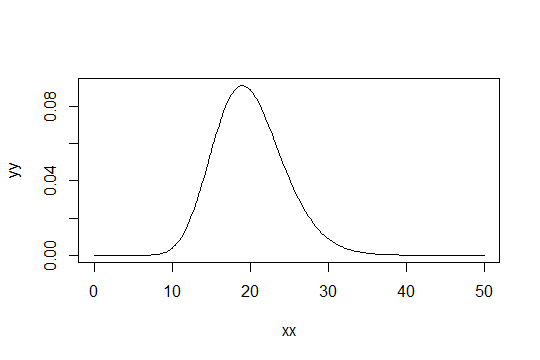 ... which for some purposes might be just about okay to treat as normal (proportion within 2 s.d.s of the mean, say); for other purposes (probability of being more than 3 s.d.s above the mean, say), perhaps not.

Another example: the sample third and fourth moments are averages and so the CLT should apply. The Jarque-Bera test relies on that (plus Slutsky, I guess, for the denominator, along with asymptotic independence), in order to obtain a chi-square distribution for the sum of squares of standardized values. But as Bowman and Shenton had pointed out (5 years before!), this shouldn't be expected to work well until large sample sizes. Indeed my own simulations suggest that for normal data, bivariate normality of the skewness and kurtosis doesn't kick in well until the sample sizes are surprisingly large (at small and middling sample sizes, the contours of the joint distribution look more like a banana than a watermelon) 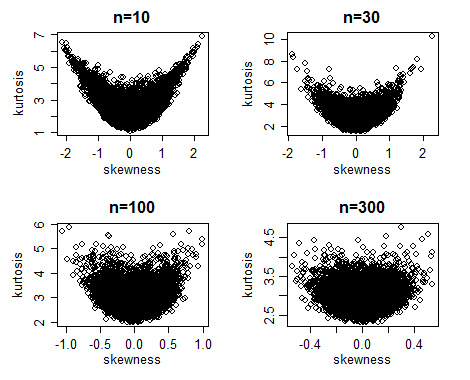 Increasingly often, however, sample sizes can be huge. I've helped with several real-data problems where the sample sizes were very large indeed (in the millions). In those situations, things the CLT suggests should approach the normal as $n$ approaches infinity are often extremely well approximated by normal distributions.

I wouldn't say the CLT is useless - it tells you what distribution to look for - but it doesn't do more than point to it as an eventual outcome; you still have to check whether it's a suitable approximation for your purposes at the sample size you have.

It might seem that such reliance on CLT is not a good thing, but on the other hand any econometric paper relying on asymptotics usually has a chapter with Monte Carlo simulations exploring the reliability of asymptotic results on small samples, and more often than not the results are not that bad.

Not the answer you're looking for? Browse other questions tagged references econometrics central-limit-theorem application or ask your own question.

19
Example of distribution where large sample size is necessary for central limit theorem
5
Jarque-Bera normality test in R
5
Related to exponential distribution
2
Do all these estimates of kurtosis and skewness have the same (asymptotic) distribution under normal sample distribution?
0
Why is 30 touted as a sample size when the tables say otherwise?
1
Hypothesis testing for mean difference of 2 samples

47
Where does $\sqrt{n}$ come from in central limit theorem (CLT)?
7
Approximating the distribution of a linear combination of beta-distributed independent random variables
17
How can the central limit theorem hold for distributions which have limits on the random variable?
1
Does the Central Limit Theorem imply that $(\hat{X}_n - \bar{x}) = o_p(1)$ at rate $O_p(1/\sqrt{n})$?