I had the possibility to try some regression on Football data.

I receive the following ouput: 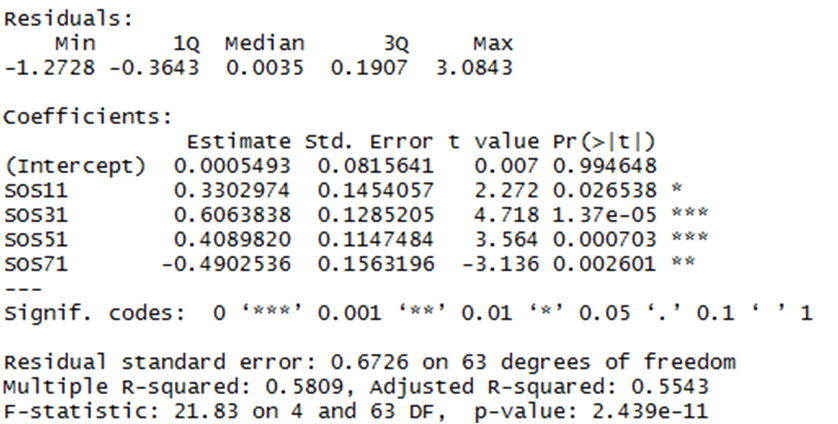 I receive a quite good R² but I wonder if it´s important that the intercept has no significance and a rather high std. error.

I also get the following qqPlot and I assume, my linear model is acceptable. 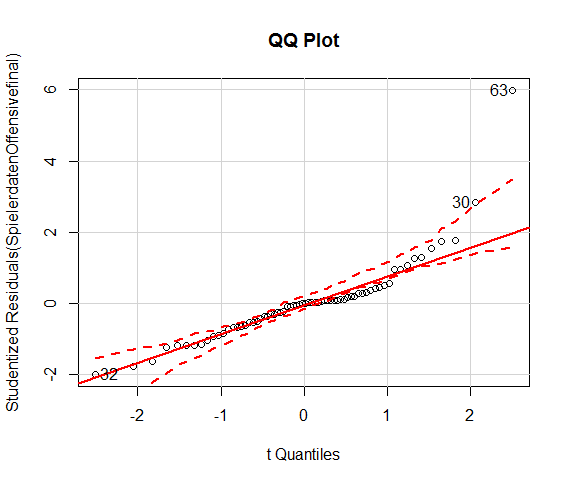 Maybe someone could help me to Interpret this result and clarify my doubts about the intercept.

The picture below represents the effect of centering data which came from a somewhat similar question (link here). See that the intercept is forced to be zero:

And as stated in another similar question (see the answer by Joshua here):

Finally, the qqplot does look appropriate. (however take a look at point 63)

Not the answer you're looking for? Browse other questions tagged interpretation lm qq-plot intercept or ask your own question.