Why the most of world correlations are positive?

When analysing many real datasets, I have noticed that the most of correlations is positive. For example, here is a visualization of Pearson's correlation matrix for my current data. Is there any reason for this? 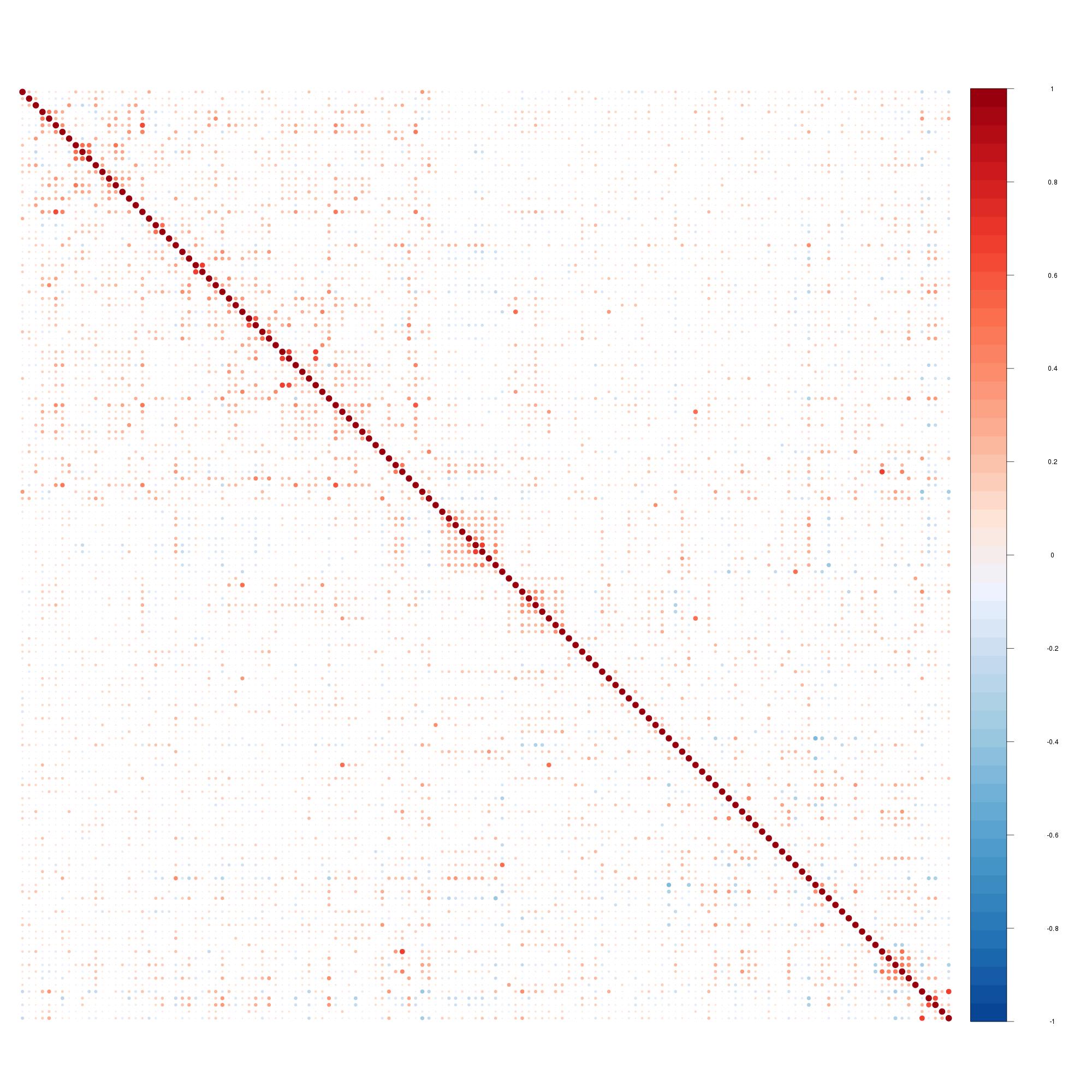 EDIT: Matrix is computed from 500*140 dataset, where the most of variables are Likert items. Here is the distribution of correlations. 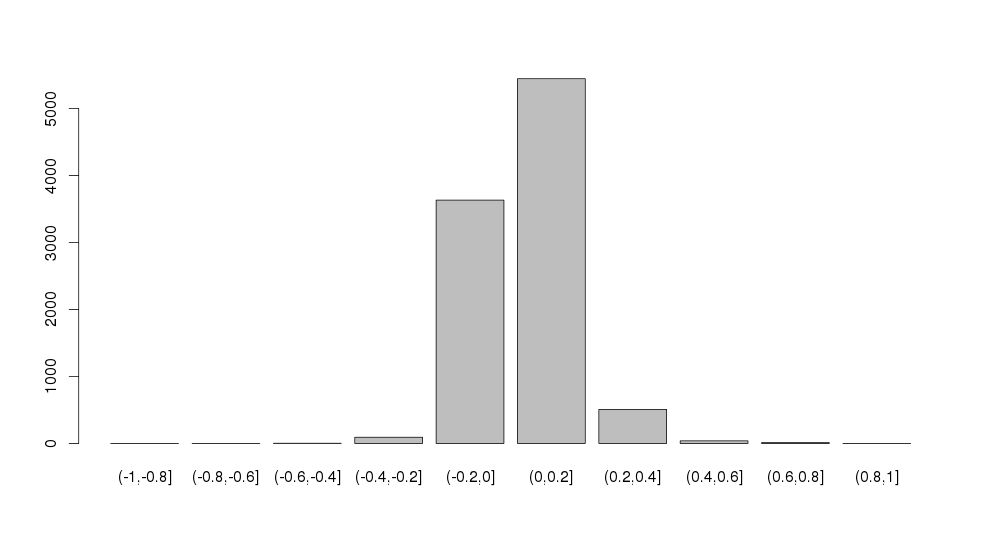 And here is example from another area. Vitamin and mineral contents were measured in different food samples (of the same weight). 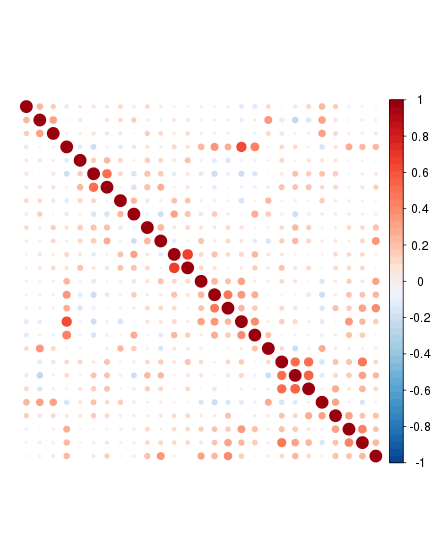 Although ttnphns's comment is slightly in jest - it actually has bearing on your question. We may consider different phenomenon as being caused by a set of related factors (which may or may not be measured). So for example say we have a latent factor of $\lambda$ that affects responses to a set of Likert items on a survey.

In this example $y_1$, $y_2$ and $y_3$ will all have a positive correlation because they are all related the same way through $\lambda$. For many datasets it may be that many of the items have some variable that is underlying in common. For example in the vitamin and mineral contents if the food samples are of different size I would expect more vitamins and minerals for larger food samples, making the marginal correlations of each positively correlated. Another explanation might be producers that intentionally increase vitamin content also increase mineral content (as they aren't really competing with one another and may be marketed as healthy foods).

In the case of Likert items, as Peter Flom stated in a comment, we typically construct the survey to identify these underlying latent factors, so it is by construction that many items are positively correlated. Also the anchors are somewhat arbitrary, but questions stated positively (e.g. "Do you support the death penalty?") tend to be measured more accurately than negated questions (e.g. "Do you not support the death penalty?"). It is also the case that you could assign different numeric values to the Likert items, but it is typical to have a scale of $1$ to $n$ (with $n$ being the different potential responses) as the default for coding the values.

Note you could arbitrarily flip this coding though, so if all of the correlations in the sample were positive, you could flip half the variables so the correlations were equal. Often times there is an arbitrariness in how we represent values, e.g. if you have a nominal category of men and women you could set $\text{men} = 1$ and $\text{women} = 0$ or you could do it the obverse way. Again people may make these arbitrary coding decisions to make items appear to have positive correlations.

To expand on Scortchi's/AndyW's point of confounding factors:

For the food stuff I think the water content is an extremely important confounding variable. In particular, if you mix in fruits that are naturally eaten with very high water content (tomatoes, cucumbers) with fruit where the "natural" state is already dried (raisins) and which therefore contain more of about everything, the huge difference in the water content can actually influence the correlation.
The effect becomes very clear if you consider a small table that just lists raisins and grapes...

Note that water is not listed in the table, so the negative correlations are just not shown. So another reason (in addition to @Peter Flom's comment) is that the way people tabulate data can also emphasize positive correlations: if you want to know the water content, you just have to subtract the proteins, lipids, carbohydrates (depending on the way carbohydrates are listed also fiber) from the 100 g raw weight - the information is redundant. But because the water content is for these tables of less interest that the other nutrient contents, the subtraction is left to the reader.

And then, we actually know certain (co)relations in the data, e.g.

0
Does the presence of an outlier increase the probability that another outlier will also be present on the same observation?
11
Is there a reason to leave an exploratory factor analysis solution unrotated?
2
Why is factor rotation always recommended, though it obscures general factors?