One way analysis of continuous variables for classification (Visualising)

I had trouble coming up with a title, so hopefully I can explain it better here.

I'm working on a classification problem and I'm doing some pre-analysis of variables. I'm looking for some nice ways to visualise the distribution of the target variable within each independent variable.

As an example for categorical variables I can look at a plot like this, The one on the left gives an idea of the distribution of the different categories, whereas the one on the right shows that B has a much higher proportion of the target variable.

If I want to do the same for a numeric variable I have to bin the variable and get something like below. Here's an example of some numerical data, the same data with different bin sizes. 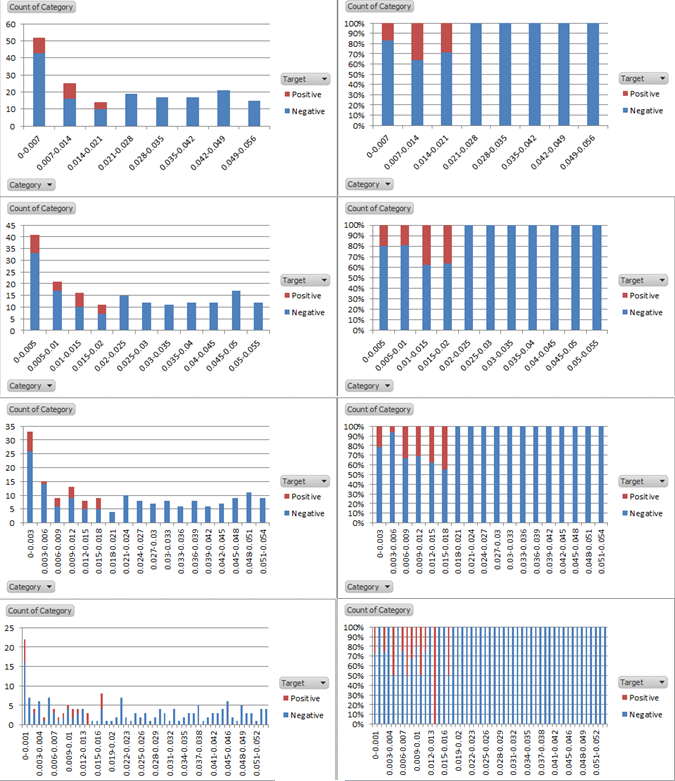 This is not as good... it isn't as clear since the binning is pretty arbitrary and each column isn't exactly a different category. Different bin sizes seem to tell different stories.

Are there any good ways to visualise numeric variables to get a similar overview without having to bin?

Your question has two main parts.

A meta-answer is what, if anything, are you reading? You seem to be diving in straight at the machine learning end without having learned any basic statistics.

This may seem like you're answering your own question because all of the following sketches were mentioned by you in the comment to another answer.

Logistical Regression seems to be the most analytical. It works well here, but may not do so with the other (non-logistic) patterns. Here's the visual my software gives and the p-value is <0.0001. Dots have random Y positions within their regions. 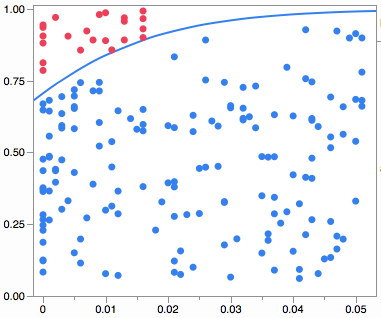 For less regular patterns a decision tree is better. Here's one partitioning. Dots have random X and Y positions within their regions (I think because there are usually multiple X variables). 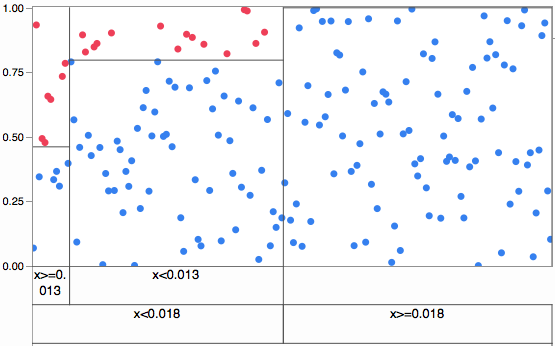 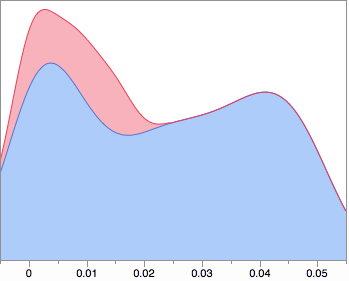 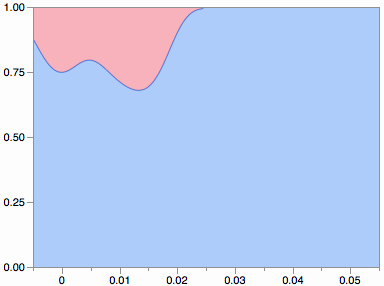 Not the answer you're looking for? Browse other questions tagged data-visualization categorical-data continuous-data binning or ask your own question.